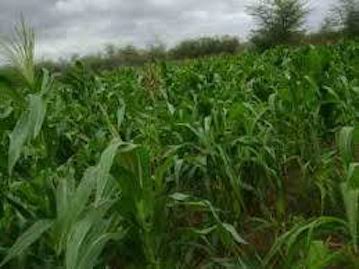 The camaraderie between a group of around 50 Somaliland soldiers, formed while fighting in the French army in the Second World War, sowed the seeds of what is today the country’s breadbasket. Seventy-five years later, the fertile farmlands of Arabsiyo, nicknamed the “French village”, remain a centre of French connection.

Arabsiyo, some 40km west of Hargeisa, became the focus of the former soldiers. It was formerly a small village of up to 15 households, with the village serving as the water source for most of the pastoralists in the area.

“It originally served as a watering point during the dry season, because it had wells from which the nomads watered their animals both during summer and winter,” Hamse Haji, district commissioner, tells RFI.

The French army returnees came with money and ideas and put up new buildings and established irrigation, added the district commissioner. This initial investment led the increase in the number of farmsteads, from 50 to 350-400.

After their return, they did not cut ties with France, often sending their children abroad to study French, according to some of those who benefited from overseas education.

“We continue to send our children and grandchildren to Djibouti to study in French,” said Ismail Mohamed Haddi, a 77-year-old son of a former soldier who served as an air force mechanic for the French army during World War II.

“French schooling keeps our history with France. Now we are calling on the government of France to establish a French school in Somaliland, specifically in Arabsiyo, which is the home of a big number of former French servicemen.”

Today, none of the former French soldiers are alive but they told their children about their service in the French Army.

“My father told me that he was employed by the French army in October 1935, and was trained in Dikhil in Djibouti,” says Haddi, explaining the stories he recorded as told by his father and uncle. “He was later transferred to a French Air Force unit, known as BA88 and based in Djibouti, where he became chief warrant officer.”

Haddi said his uncle served with the French military, where he was known as “Osman la Bati”.

He was taken to fight in the east of France, near the border with Germany and Belgium, along the river Meuse, where they used to protect people at the crossing.

“After the war, he was responsible for protecting a prison in La Rochelle,” he added.

In addition to the French influence, Arabsiyo is also the centre of Sufi Muslim scholars in Somaliland and home to the oldest scholar in the land, known as Sheikh Daud. He is now constructing the country’s first higher education institution under the Sufi sect. He also has French connections.

“Arabsiyo now serves as Hargeisa’s breadbasket,” according to Khadra Ali Hassan, daughter of Ali Hassan, another French Army returnee who lives in Hargeisa. She is proud that her father contributed to making Arabsiyo village fertile farmland, which feeds Hargeisa, the Somaliland capital.

“It produces vegetables and fruits that are consumed daily by Hargeisa city residents. We are proud that our fathers brought civilisation from France to Somaliland,” she added.