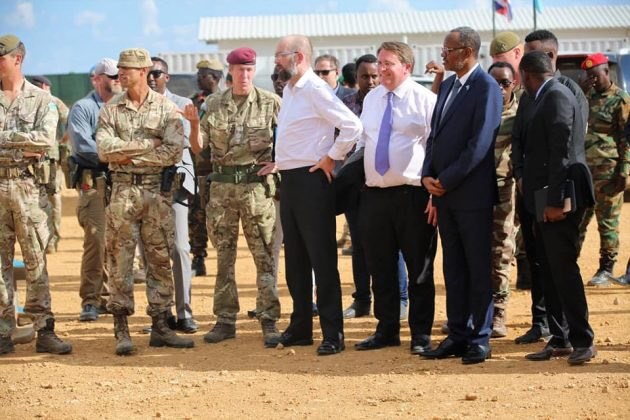 The UK government has announced $29 million to support thousands of Somalis facing starvation and bolster the war against the militant group Al-Shabaab.

UK Minister for Africa  James Duddridge announced the new package during his two days visit to Somalia which ended today.

A statement from the British embassy in Mogadishu said Duddridge held talks with President Mohamed Farmaajo and also visited British troops in the country.

According to the statement, $4.9 million will be allocated to victims of floods while $6.7 million will support the cash-based food assistance.

A further $10.3 million will be allocated to the health sector covering maternal health and training birth attendants.

The UK is also donating  $2.15 million to counter the threat of roadside bombs.

Duddridge said his country was committed to ensuring a peaceful Somalia and promoting sustainable livelihoods.

“The UK is a proud partner on Somalia’s journey towards stability and security – from British troops training alongside the Somali Army to the life-saving UK aid programmes that are safely delivering babies and vaccinating against disease, as well as providing those in desperate need with food assistance,” the minister said.

He added the support extends to regional stability.

“We remain committed to African efforts to secure and protect regional stability, and today I can announce new UK support to those working alongside the African Union’s peacekeeping mission here in Somalia. Working together, we can tackle the forces who threaten stability across East Africa and around the world.”