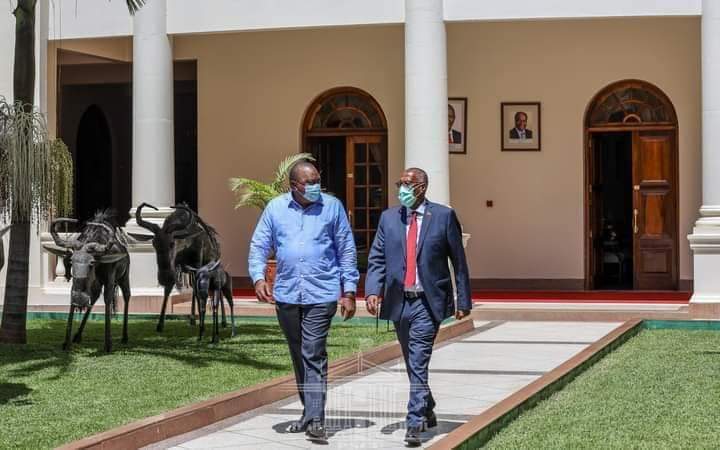 Their Excellencies the Presidents of Somaliland and Kenyan republics, today, met at the latter’s capital, Nairobi, where they have started focused talks which promote bilateral relations to a higher, closer level.

According to a statement which the presidency of the Republic of Somaliland posted on its official Facebook page, the two presidents raised a number of issues which, if adequately developed and implemented, would bring the two East African countries so much closer than they were before. 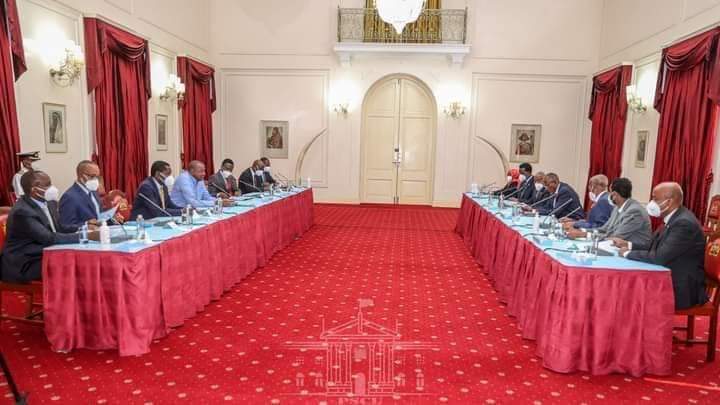 A follow-up meeting is scheduled between the two sides for Tuesday, tomorrow.

A statement from the Kenyan Liaison office for Somaliland, headed by Ambassador Phillip Githiora, the two presidents specifically discussed matters verging on, among others, ‘on co-operation in security, trade‘.

NTV also reported that the two sides have begun about cooperation at many levels at the highest forum between the two countries.

His Excellency Musa Bihi Abdi expressed how his side was pleased with the first-time meeting between and his Kenyan counterpart, Uhuru Kenyatta, in a Tweet.

We discussed a number of subjects of mutual interest with the President of the Republic of Kenya, H.E. Uhuru Kenyatta, today at the State House in Nairobi. We are grateful to H.E. President Uhuru Kenyatta and the people of Kenya for their warm welcome during this Official Visit. pic.twitter.com/tQlVDxdYR4

Later in the day, Raila Odinga, a close friend of Somaliland, paid a courtesy visit to the Somaliland delegation, followed by a dinner he hosted.

H.E @RailaOdinga paid a courtesy visit to the President of the Republic of #Somaliland at his residence in Nairobi where the president is on an official state visit.

For the first time outside the Somaliland Mission in Kenya, the blessed flag of the Republic of Somaliland graced the Kenyan skyline alongside its host at the Kempinski where the Somaliland delegation stayed.

As may have been expected Somalia went berserk with its official take of President Bihi’s visit to Kenya and the meeting of the two Presidents.

In a Tweet which showed how unversed and ignorant Villa Somalia was even of a count of its federal member states, its Ministry of Foreign Affairs, dragged Somalia into its fold.

The statement, which was later hurriedly deleted from Twitter, blandly – and blindly – accused Kenya of – again – undermining its sovereignty.

The statement forgot or ignored that the world knew fully too well that the Republic of Somaliland had nothing to do with Somalia since 1991 when it decided to correct the mistake it made in 1960 when it forfeited an internationally recognized for an ill-thought-of merger with a reluctant partner: Italian Somalia.

Responding to the terrible factual and diplomatic error which Somalia made in the above statement, the Somaliland MFA called it irrelevant and irresponsible.

“The irrelevant statement from the failed administration of Somalia shows nothing but only failure and irresponsibility”, the Ministry Tweeted.

“The Republic of Somaliland and The Republic of Kenya are two independent countries which has the rightful decision to strengthen their mutual relationship,” the statement added pointing out how Villa Somalia had no say so in the affairs of two nations independent of its influence or jurisdiction.

This is not the first visit of a Somaliland President to the Republic of Kenya. President Dahir Rayale Kahin and President Mau Kibaki of Kenya met in Nairobi in 2006. The two countries had been inching forward to the fruition of stronger relations since then.

Kenya and Somaliland were both governed by Britain before the two countries regained their independence in, respectively, 1963 and 1960.

In the clip below, Jomo Kenyatta takes the example of Somaliland to advocate for early independence of his own.

Mush is expected from this visit and, especially, at a time the region needed a sane hold in the light of the political and military turmoil in both Somalia and Ethiopia.

Stronger relations between the two confirmed democracies in the region can go a long way to stabilize the whole region. 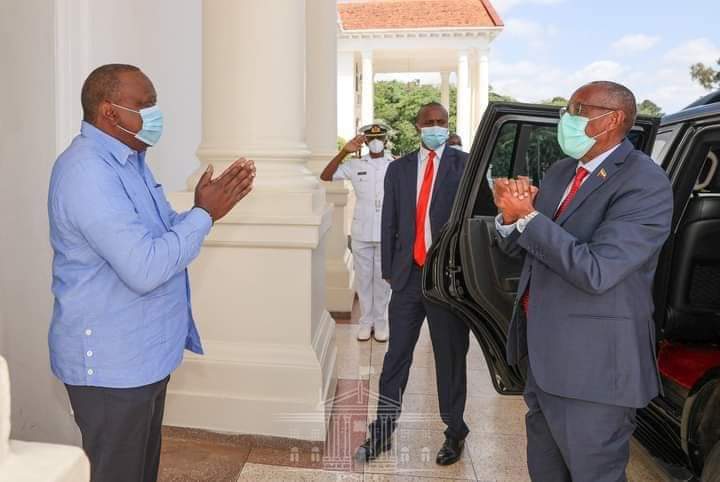 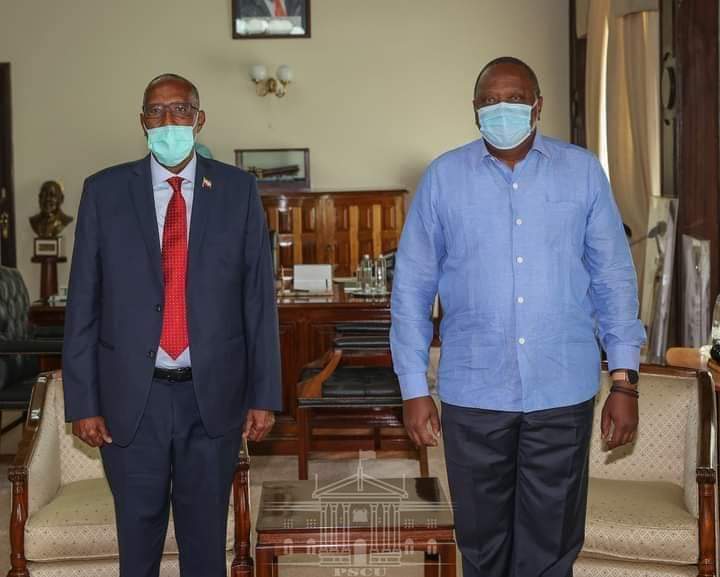