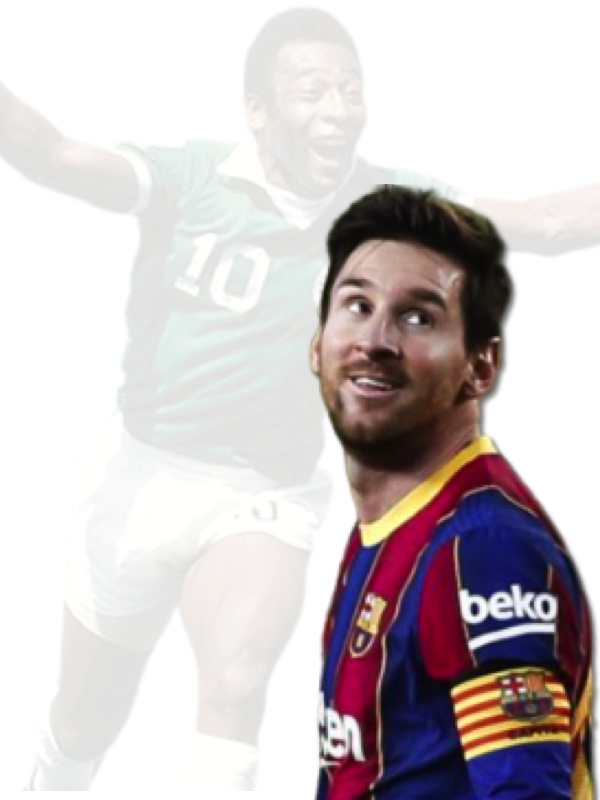 It may reach a point where Lionel Messi is going to need an encyclopedia to record his ever-growing list of achievements.

The Barcelona great’s latest benchmark came as a result of his goal in Tuesday’s 3-0 win over Real Valladolid in LaLiga.

That strike was Messi‘s 644th in all competitions for Barcelona, the most scored by any player for a single team.

He surpassed the previous record held by Brazil legend Pele, who netted 643 for Santos and enjoyed his most prolific year in 1958 when he scored an astonishing 66 goals.

To commemorate such an impressive achievement, we took a look at some of Messi‘s most impressive numbers with the help of Opta data.

A CLASS OF HIS OWN

In a little over 16 years in Barca’s first team, Messi has raced streets ahead of the competition to become the club’s all-time leading goalscorer with a whopping 644 in total. Second on that list is Cesar Rodriguez with 232 goals.

Of Messi‘s haul, 451 goals have come in LaLiga, which means he also has the most in the history of Spain’s top flight. Messi has 118 in the Champions League, 53 in the Copa del Rey, 14 in the Supercopa, three in the UEFA Super Cup and five in the Club World Cup.

His first Barcelona goal came against Albacete on May 1, 2005, with fellow superstar Ronaldinho setting him up.

The Argentina great enjoyed his most prolific campaign in the 2011-12 campaign, when he scored 73 goals across all competitions for Barcelona. There were an eye-watering 79 across the calendar year in 2012.

LOVE FOR PEP, TITO AND SEVILLA

It should come as little surprise that some of Messi‘s best returns in a Barca jersey came when playing in the golden era of Pep Guardiola.

In total, Messi had 211 goals and 79 assists in 219 games played under the now-Manchester City manager – an average of 0.96 goals per game.

He also excelled under Luis Enrique, winning the second of his career trebles. There were 153 goals, 66 assists and a goals-per-game ratio of 0.97 in that period.

But it was actually Tito Vilanova for whom Messi returned the best goals per game, a mind-boggling 1.2, having scored 60 in 50 appearances.

Many teams have conceded to Messi but none have picked the ball out of the net on more occasions against the Argentina great than Sevilla, who have done so 37 times.

Atletico Madrid are not far behind on 32, while Valencia have conceded 29 times to Messi and fierce rivals Real Madrid have done so on 26 occasions – making him the highest scorer in Clasico history.

LUCKLESS ALVES, SUAREZ AFFINITY AND GLORY AT THE BERNABEU

Not many goalkeepers can say they have got the better of Messi, and Diego Alves in particular has not enjoyed encounters against the mercurial forward.

Messi scored past the former Valencia stopper on 21 occasions, with Gorka Iraizoz next on the list – having shipped 18 to the Argentina captain. Iker Casillas and Andres Fernandez have been beaten 17 times.

At Barca, Messi has played alongside some of the best players of his, or indeed any, generation.

But no player has assisted Messi more than Luis Suarez, who has now left Barca for Atleti, with the Uruguay star setting up his former team-mate to score on 47 occasions.

Dani Alves ranks second on 42 assists for Messi, with Andres Iniesta and Xavi laying on 37 and 31 goals respectively.

Camp Nou is of course the venue where Messi has scored the majority of his goals, but the Santiago Bernabeu is next highest, with the 33-year-old having celebrated 15 strikes there.

The Riazor is where Messi has his best goals-per-game ratio at 1.625, scoring 13 times in eight games played at the home of Deportivo La Coruna.