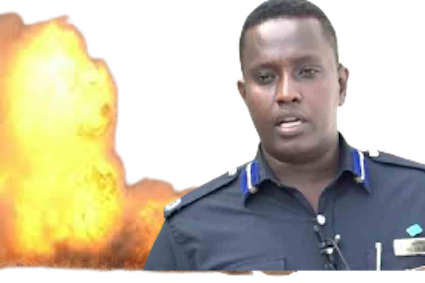 The spokesperson’s car was hit by a roadside bomb at around 8:55 pm while cruising on the 21st October Avenue near the Avizione junction of  Waberi district of the capital earlier in the evening.

At least one person was immediately killed.

Government reports stated that Major Dodishe was not in his car when it was hit.

Dodishe stated later that none of the passengers or the driver in his car sustained injuries.

“The bomb narrowly missed the car and the passengers escpaed unscathed,” he said, adding that there was no doubt that he was the target.