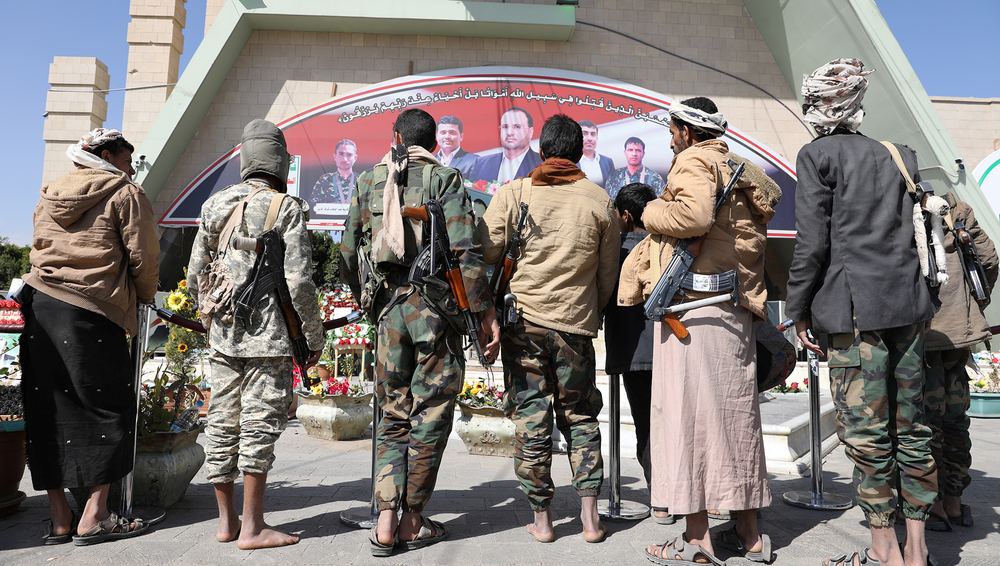 ‘The sanctions will hamstring the ability of aid agencies to respond.’

The United States has announced it will designate Yemen’s Houthi rebels as a terrorist organisation, a move aid groups and diplomats have long warned will make getting assistance to people stuck in the “world’s worst humanitarian crisis” even harder.

In a Sunday statement, Secretary of State Mike Pompeo said he was officially notifying the US Congress of his intent to designate Ansar Allah, the official name of the Houthis, a “Foreign Terrorist Organisation”. The change will go into force on 19 January, and three Houthi leaders will also be blacklisted.

NGOs have lobbied heavily against the designation, saying it will seriously hamper efforts to bring aid to the estimated 80 percent of Yemen’s 30 million people who live in parts of the country controlled by the Houthis. It’s already hard to deliver aid in Yemen, in part because of obstacles put up by the Houthis themselves.

Mohamed Abdi, Yemen country director for the Norwegian Refugee Council, said in a Monday statement that “the sanctions will hamstring the ability of aid agencies to respond, and without additional safeguards and broader exemptions for the commercial sector, Yemen’s faltering economy will be dealt a further devastating blow.”

The blacklisting was widely telegraphed as one of a series of diplomatic decisions President Donald Trump’s administration’s would make in its final days, leading to at least one false alarm: When a designation was thought imminent in mid-November, the UN and some NGOs moved to pull American staffers from the Houthi-controlled north as a security precaution in case of reprisals.

For nearly six years, Houthi rebels and their allies have been fighting the government of President Abd Rabbu Mansour Hadi, which is backed by a Saudi Arabia and United Arab Emirates-led coalition. More than 128,000 people have been killed in the violence, and the war has also led to economic collapse and fears of famine.

Pompeo’s statement said “the designations are intended to hold Ansar Allah accountable for its terrorist acts, including cross-border attacks threatening civilian populations, infrastructure, and commercial shipping.” Pompeo said he recognised “concerns that these designations will have an impact on the humanitarian situation in Yemen”, adding, “we are planning to put in place measures to reduce their impact on certain humanitarian activity and imports into Yemen.” The measures, the statement said, will include licences to allow “certain transactions and activities related to exports to Yemen of critical commodities like food and medicine”.

US counter-terrorist designations commonly have these sorts of exemptions, but they often still mean that humanitarian work is further complicated and can lead to problems using banking systems, paying private contractors, and other unintended consequences: Private importers may find it hard to pay suppliers abroad; foreign banks may decline to transfer funds to NGOs, traders, or people receiving remittances from abroad; and shortages of fuel could worsen. US-based suppliers, including internet and social media providers, may shed Yemeni clients as a precaution.

There is also concern that the blacklisting could impact UN-led peace negotiations: “The decision may polarise even more the positions of the parties to the conflict and hinder efforts to resolve this devastating conflict any time soon,” said a UN source, who asked to remain anonymous because of the sensitivity of the situation. “Previous similar examples with unilateral counter-terrorism legislation tells us that even basic logistical arrangements required for effective mediation would become exceedingly difficult,” the source said. “The possibility of convening a meeting between party representatives would now be open to questions of legal liability for involved stakeholders and service providers.”

The new designation will come into force the day before Joe Biden is inaugurated as president, and it is not clear if he would seek to reverse it. Doing so would be politically tricky, alienating US ally Saudi Arabia – its regional rival Iran backs the Houthis, although some believe their relationship has been overstated.

In addition, terrorist lists are currently reviewed every five years or so, allowing groups and people to remain on the list long after they even exist.

For their part, the Houthis have called the move “terrorist”, and said, “we reserve the right to respond to any designation issued by the Trump administration or any administration.”

Hadi’s government, meanwhile, issued a statement in support of the designation. It said that while it understands apprehensions about “unintended consequences” for the peace process and humanitarian efforts, “it is the continuous and callous interference of the Houthis that has obstructed such crucial efforts”. It said the US “designation should be viewed as an effective tool to stop their deplorable behaviour, and whose application is not designed to negatively impact the conduct of relief and humanitarian operations.”