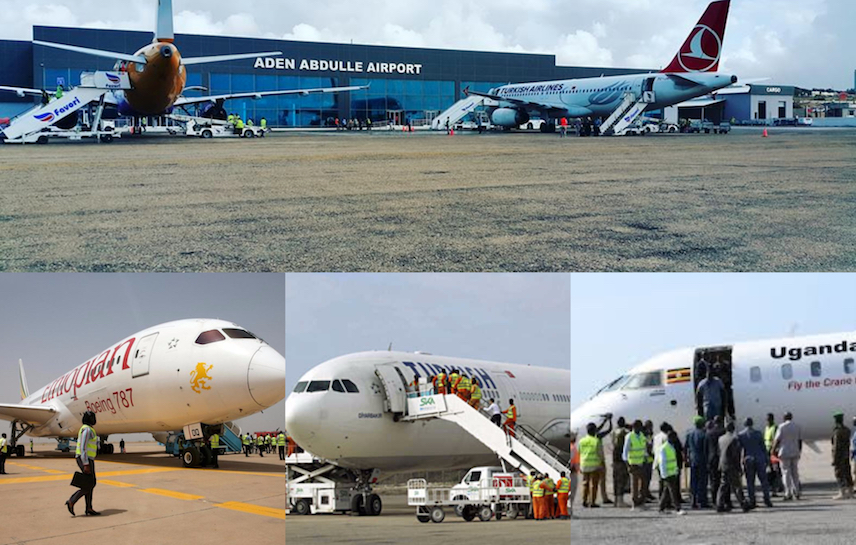 At least three international airlines plying the Mogadishu line trade has informed passengers that they have halted flights to and fro Mogadishu until further notice.

According to reliable sources Turkish Airlines, Uganda Airlines and Ethiopian (Airlines) have made it known to clients and the federal Somalia government that they will no longer be landing at Adan Adde international airport starting from Saturday, 20 February.

None of the airlines attached a time limit to the suspension of flights or when they would resume.

Although the airlines’ did not say so in so many words, respective managements were disturbed by the deteriorating security situation in the Somalia capital Mogadishu and the political standoff between the interim government and opposition members.

Mogadishu was rocked awake by an exchange of heavy artillery and mortar fire in the small hours of Friday morning following an attack government forces made on a heavily guarded hotel leading opposition members including two former presidents and a former Parliament speaker were staying. 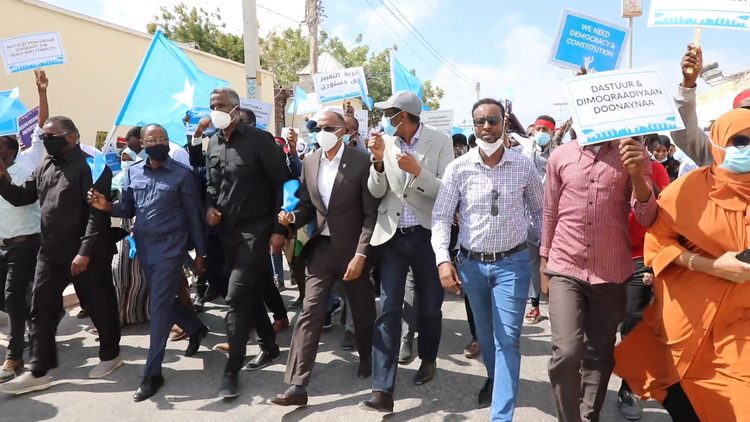 In both clashes, security forces in the pay of the opposition fired back.

Due to the exchange of heavy fire between the two sides in the KM4 area leading to the international airport, buildings inside the outer perimeter hit by stray mortar shells airport caught fire.

Thus far, no reliable figures had been released of casualties – if any – by either side.

An already incendiary political situation in Mogadishu was further exacerbated by the government’s heavy-handed handling of protest rallies the opposition called.

Both Jubaland and Puntland, two of the more stringent opposition states among the five members states of the federal states, called the incidents unfortunate and uncalled for.

International partners showed also their pleasure of the downside happening to a flimsy hope for a lasting resolution to contentious issues which was rekindled by a professed agreement among a section of the stakeholders in Baidoa earlier during the week.

The elected term of the reigning government expired on 8 February. Opposition politiciams declared that they did not recognize the legitimacy of President Farmajo or his government since then.