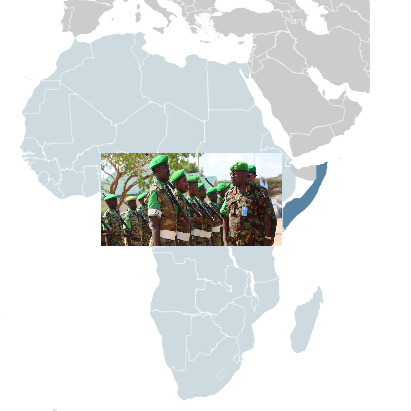 The African Union Mission in Somalia [AMISOM] may have falsified documents which may have led to the loss of millions of dollars in recent times, an Independent Forensic and Performance Audit on African Union Commission [AUC] done by audit firm PriceWatersCoopers [PWC] has revealed, in what could implicate senior officials.

AMISOM was constituted in 2008 to help bring peace and stability in the Horn of Africa nation and comprised of staff and soldiers directly answerable to the AUC which is under Moussa Faki, who was first elected in 2017 after beating Kenya’s Amina Mohamed. He replaced South African Dlamini Zuma.

Faki, who once served as Chad Prime Minister, was easily reelected last month after almost a landslide victory following a vote by the African Union member countries. The commission has offices in Addis Ababa, the capital of the federal republic of Ethiopia, which also hosts the African Union.

Currently, AUC’s representative to AMISOM is Ambassador Francisco Madeira, a Mozambique national, who has been at the helm for quite some time. The AMISOM team has headquarters at the heavily fortified Halane Base Camp in Mogadishu, the capital of Somalia.

Besides the staff, the team has close to 22,000 troops selected from among contributing nations, who are stationed in different parts of the country, and who operate under a Force Commander. Lieutenant General Diomede Ndegeya from Burundi is the current commander.

In the report which was concluded on Nov 26, 2020, and exclusively seen by Garowe Online, the audit firm PriceWatersCoopers [PWC] raises a lot of audit queries, which could lead to a total overhaul of the commission in Addis Ababa, should radical surgery be carried out. The report could also taint the legacy of Faki, who had all along been seen as a reformist.

The report gives evidence of misuse of the Human Resource department where payments worth millions of dollars were made particularly in 2016 and 2017 [years the firm focused on]. According to the report, there was a significant variation in the actual number of troops serving in AMISOM…

In case the troops from the various contingents exceed the required levels, the report further noted, the respective TCCs are expected to bear the cost for the additional troops. The drawdown of troops is also expected to reduce the amount that each affected contingent should receive, it reads.

“During our review of the approved payment requests, we noted instances in December 2016 where troop allowances were paid to contingents that had exceeded their authorized number,” the report notes, accompanying the variations with a well-illustrated table.

Besides keeping dead soldiers in the nominal roll, the AMISOM staff has also been “paying” troops who had left the mission, further making the commission lose millions of dollars. Ideally, it’s expected that once a soldier dies or exits the mission, he or she is expunged from the payroll.

“From our review of the Nominal Rolls, we identified several instances336 where possible payments were made to troops who had completed their AMISOM service. In these instances, the troops were maintained in the Nominal Roll more than one month after their official end of mission [“EOM”] date,” PWC notes in the explosive report.

“We provide in the table below, a few instances where UPDF troops who appeared on the flight manifest dated 28 March 2016 were still part of the approved Nominal Roll for April 2016,” the report continues, providing evidence of massive theft in the union, which is funded by the African countries and well-wishers such as European Union and United Nations.

Recommendations on the theft

Although the team was just given the mandate the audit the performance of the African Union Commission, it went on to give a few recommendations, which would aid the commission to change its modus operandi, for the sake of accountability and transparency, which are key factors in its operations.

The PWC team asked AUC to conduct a review on areas that were not covered, for the sake of streamlining the processes and strengthening the controls. This, it notes, would improve transparency and make the commission accountable to the stakeholders.

“Given that our review was limited to specific functions as outlined in the terms of reference, the AUC should consider conducting a review of the areas that were not covered by the scope of our work to streamline the processes and strengthen the controls in place for enhanced transparency and accountability to the Member States, partners, and other stakeholders,” the report reads.

According to the PWC, the recommendations were shared with AUC management at the draft report stage. The AUC is yet to come out on the matter since the report was for internal consumption, and it’s likely not to be made public despite the weighty revelations.

“Responses received from management indicated a general concurrence to these recommendations and we have taken into consideration and where necessary incorporated AUC management feedback on the recommendations,” notes the report.

It’s not the first time issues of competency are being raised under the leadership of Moussa Faki, with his critics painting him as a corrupt element within the union, who thrives in divisions, by targeting employees. For instance, in March 2020, a memo that was leaked and published by the MailGuardian revealed troubles within the Commission.

Some of the employees who authored the memo claimed that the AU Commission chairperson Moussa Faki Mahamat is involved in a “mafia-style” cartel that operates with impunity at the highest levels of the institution.

The allegations were made in an interoffice memorandum that was leaked by multiple sources to the Mail & Guardian. The memorandum, dated March 6, 2020, was addressed to Chairperson Faki, and signed by Sabelo Mbokazi, the head of the AU Staff Association, on behalf of the association

The memo was written in the wake of an extraordinary meeting of the AU Staff Association, which was held on February 28. The meeting was called to discuss long-running grievances about the working conditions of staff at the AU Commission, which functions as a secretariat for the continental body.

In particular, staff raised concerns about the fact that senior appointments are routinely made without following due process. They claim that the recent confirmation of Hamza Sahal as head of human resources management was unlawful.

“By and large the appointment is regarded by the staff as the manifestation of glaring cronyism and the total collapse of leadership which member states continue to underscore,” the memo said.

In Somalia, Ambassador Francisco Madeira has been also facing criticism from within, with opposition leaders accusing him of colluding with the outgoing President Mohamed Abdullahi Farmajo to curtail freedoms. Both Madeira and Faki, in separate interviews have often dismissed the allegations as “propaganda”.