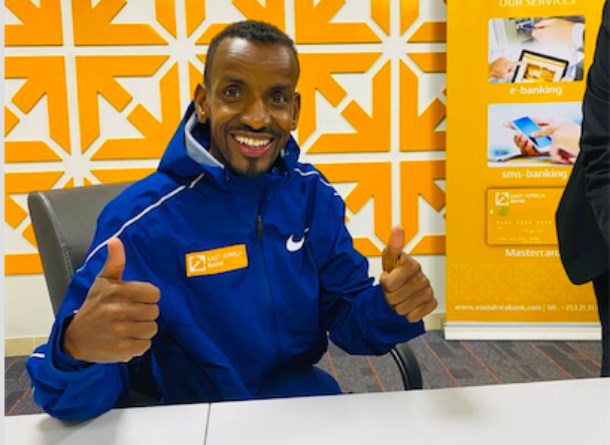 Belgian long-distance runner Bashir Abdi shared glowing tributes of Olympic champion Mo Farah who beat him in the inaugural Djibouti half marathon championship at the weekend.

Abdi, sponsored by the East Africa Bank and Dahabshiil Group of companies, which include Edahab mobile payment and Somtel, said he is learning so much from 37-year-old Farah as he aims to become an Olympic champion in the future.

“Farah is always inspiring to every young and upcoming athlete. For us young Somali-born athletes, he is our leader and I appreciate we have support from corporates like East Africa Bank helping build sports in this part of Africa,” said Abdi.

In the event attended by the President of Djibouti, Ismail Omar Guelleh, government ministers, and high-level delegations from the region, Farah opened up his Olympic season with a victory as he set his focus on defending his 10,000m title for the second time in Tokyo this summer. 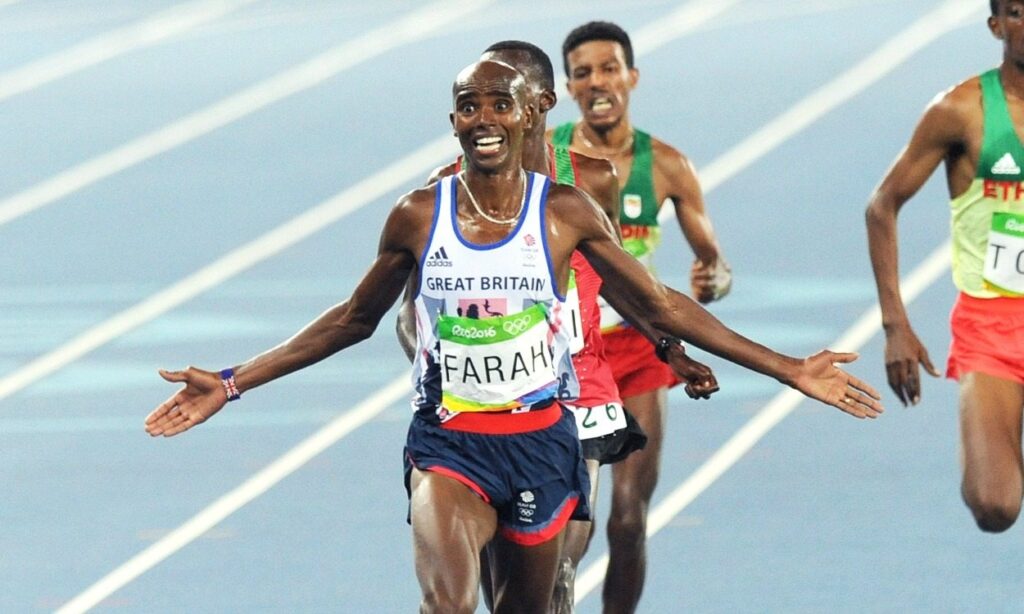 He won the race in 63 minutes and seven seconds.

This was the first time Farah had raced since winning the Antrim Coast half-marathon on 12 September in 2020.

Abdi, who set a world 20km record in the same Brussels track event where Farah broke the one-hour mark was his main challenger and followed him home almost a minute clear of third-placed local athlete Moumin Bouh.

Abdi is a Somali-Belgian athlete who qualified for the 2016 Olympics and won silver in 10,000 metres in the 2018 European Athletics Championships.

For the Djibouti race, Abdi said he was proud to be part of the East Africa Bank team, as the bank and Dahabshiil always put its customers first.

The race attracted hundreds of spectators including Ali Yusuf who appreciated the input of the event.

“We are so proud international and local athletes are running in this half marathon. We are very grateful to everyone who made it possible, by doing so, such institutions show they care about the youth, sport, and development opportunities,” observed Yusuf.