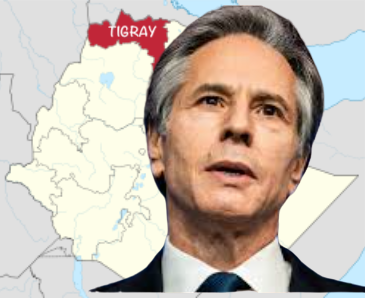 Secretary of State Tony Blinken for the first time Wednesday used the term “ethnic cleansing” to describe human rights abuses he said have been carried out in the Western Tigray region of Ethiopia, calling the situation “unacceptable.”

“The challenge in Ethiopia is very significant. And it’s one that we’re very, very focused on, particularly the situation in Tigray where we are seeing very credible reports of human rights abuses and atrocities that are ongoing,” he said during a House Foreign Affairs Committee hearing Wednesday.
Asked by Democratic Rep. Karen Bass if he envisions peacekeepers will be sent to the region, Blinken said that first forces from Eritrea and Amhara must leave and be replaced by “a force that will not abuse the human rights of the people of Tigray or commit acts of ethnic cleansing, which we’ve seen in Western Tigray.” 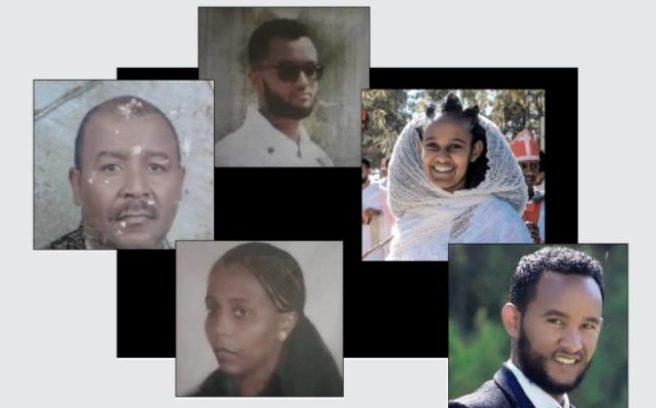 The top US diplomat has called for unfettered humanitarian access to the region and an independent investigation into the reported human rights abuses, which a State Department spokesperson previously noted included reports of “killings, sexual assault, looting, intentional displacement of civilians, and forced return of Eritrean refugees.”
A CNN report documented a November massacre at a religious festival last November, where a group of Eritrean soldiers opened fire on Maryam Dengelat church while hundreds of congregants were celebrating mass, according to eyewitnesses. That report, drawing on interviews with 12 eyewitnesses, more than 20 relatives of the survivors and photographic evidence, detailed a three day campaign of violence, with soldiers slaughtering local residents, displaced people and pilgrims.
UN High Commissioner for Human Rights Michelle Bachelet also called for an independent investigation into human rights violations that may amount to war crimes in Ethiopia’s Tigray region days after CNN’s report.
On Wednesday, Blinken said there needs to be “some kind of process, a reconciliation process, so that the country can move forward politically.”
Blinken has spoken several times with Ethiopian Prime Minister Abiy Ahmed about the crisis. On Wednesday, the top US diplomat told lawmakers that “Abiy was an inspiring leader who won the Nobel Peace Prize. And now he needs to step up and make sure that his own people in Tigray are getting the protections that they need and deserve.”
“I very much understand the concerns, for example, that the Prime Minister had about the (Tigray People’s Liberation Front) and its actions, but the situation in Tigray today is unacceptable and, and has to change,” he said. “And that means a few things. That means making sure that we’re getting into the region, into Tigray aid workers and others humanitarian assistance to make sure that the people are cared for, provided for and protected. And it’s very important that the government follow through on commitments that it’s made.”
The US Agency for International Development announced in early March that it was deploying a Disaster Assistance Response Team “to respond to growing humanitarian needs stemming from conflict in Ethiopia’s Tigray region.”
“After nearly four months of fighting between armed groups, hundreds of thousands have been forced to flee their homes and more than four million people are in need of food assistance,” a news release from the agency said. “USAID’s DART will lead the U.S. Government’s humanitarian response. The team includes disaster experts who are assessing the situation, identifying priority needs to scale up assistance, and working with partners to provide urgently needed assistance to communities affected by the conflict.”
The US Embassy in Addis Ababa said Wednesday that US Ambassador to Ethiopia Geeta Pasi and members of the embassy team would travel to Tigray that day.
“This is her first official trip, and it underscores America​’s partnership with the people of Ethiopia,” the embassy said in a tweet. “The U.S. is committed to providing life-saving assistance to vulnerable populations in Ethiopia.”