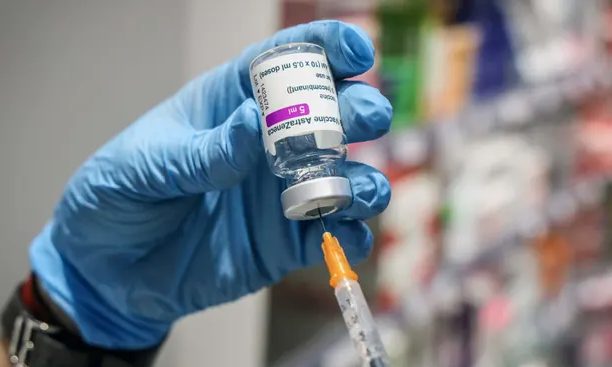 “The decision has been made … to suspend the use of the AstraZeneca vaccine as a precaution, hoping that we can resume its use quickly if the judgement of the EMA (European Medicines Agency) allows it,” Macron said at a press conference, adding that an EMA announcement was expected Tuesday afternoon.

Spain is also suspending the use of the AstraZeneca vaccine for at least a fortnight, the health minister said Monday.

“We have decided to temporarily suspend (use of the AstraZeneca vaccine) as a precaution for at least the next two weeks,” Health Minister Carolina Darias told reporters just hours after Germany, France and Italy announced similar moves.

She said the decision would remain in place until the EMA “analyses the recent incidences of blood clots, notably over the weekend”.

The German health ministry said earlier on Monday that it was suspending the use of AstraZeneca’s coronavirus vaccine as a precaution and on the advice of the national vaccine regulator, the Paul Ehrlich Institute (PEI), which called for further investigation of the cases.

“After new reports of thromboses of the cerebral veins in connection with the vaccination in Germany and Europe, the PEI considers further investigations to be necessary,” said the health ministry.

“The European Medicines Agency will decide whether and how the new findings will affect the approval of the vaccine,” it added.

Shortly afterward, the Italian medicines authority said it was taking the same decision.

Several European countries – including Denmark, Norway, Ireland and the Netherlands – had already suspended usage of the shots, which were jointly developed with the University of Oxford. Estonia, Latvia, Lithuania and Luxembourg have also put the vaccine on hold.

Both AstraZeneca and Oxford have said there is no link between their vaccine and blood clotting.

The company had said the 15 incidences of deep vein thrombosis (DVT) and 22 events of pulmonary embolism reported among those given the vaccine was “much lower than would be expected to occur naturally in a general population”.

In its statement, the health ministry said the reported blood clots involved cerebral veins, but did not specify where or when the incidents occurred.

The European Medicines Agency and the World Health Organization have also said that available data do not suggest the vaccine caused the clots and that people should continue to be immunized.

According to the European Center for Disease Prevention and Control, Germany has received slightly over 3 million doses of the AstraZeneca vaccine and only used 1.35 million doses so far.

Despite inoculation suspensions across Europe, authorities and experts say there is no link between the Covid-19 vaccine and blood clots

Several European countries, including Norway, Denmark, the Netherlands and Ireland, have temporarily suspended the rollout of the AstraZeneca vaccine following concerns about deep vein thrombosis, pulmonary embolism and blood clotting. Meanwhile, Italy, Austria, Estonia, Latvia, Luxembourg and Lithuania have stopped inoculations from one particular batch of 1m doses that was sent to 17 countries.

Vaccination programs with the AstraZeneca vaccine are continuing in other countries, including the United Kingdom and France. The UK is encouraging people to continue to be vaccinated.

According to AstraZeneca, there have been 15 instances of deep vein thrombosis and 22 events of pulmonary embolism reported among more than 17m people vaccinated in the European Union and UK.

In Australia, the prime minister and health minister have said there are no plans to halt the rollout. So should Australians be worried?

What are deep vein thrombosis and pulmonary embolism?

Sometimes blood clots can develop in a blood vessel, often in the leg due to the reduced circulation that can be an issue in the lower limbs. When these clots develop, whether in the lower leg, thigh, pelvis or arm, the condition is known as deep vein thrombosis.

If one of these blood clots breaks off and travels, they may become lodged in a blood vessel, blocking blood supply to an organ. When this blockage occurs, it’s called an embolism. Anything “pulmonary” is related to the lungs, so a pulmonary embolism occurs when the blood clot, or embolism, blocks one of the arteries going from the heart to the lungs.

This is serious and potentially life threatening because it can affect oxygen levels to the lungs and cause lung damage. Symptoms can include dizziness, chest pain, shortness of breath and cough.

The best way to avoid blood clotting and these related conditions is to maintain a healthy weight, stay active, keep hydrated with water, avoid smoking and avoid sitting for long periods of time.

Is the AstraZeneca vaccine causing these issues?

According to a statement from AstraZeneca issued on Monday, the rate of deep vein thrombosis and pulmonary embolism across the millions of people vaccinated is “much lower than would be expected to occur naturally in a general population of this size and is similar across other licensed Covid-19 vaccines”.

AstraZeneca’s chief medical officer, Ann Taylor, said: “The nature of the pandemic has led to increased attention in individual cases and we are going beyond the standard practices for safety monitoring of licensed medicines in reporting vaccine events, to ensure public safety.”

She said in terms of quality, there were no confirmed issues related to any batch of vaccine used across Europe, or the rest of the world. Additional testing is being conducted by the company, but also independently by European health authorities.

As of Monday, none of these retests have shown cause for concern.

What have Australian regulators said?

Australia’s drugs regulator, the Therapeutic Goods Administration (TGA), said a link between blood clots and the AstraZeneca vaccine has not been confirmed.

“To 11 March 2021, the TGA has received no reports of blood clots following use of the AstraZeneca vaccine in Australia,” the TGA said. “Extensive international experience does not indicate an increased risk of blood clots associated with the vaccine. Blood clots can occur naturally and are not uncommon.”

The prime minister, Scott Morrison, said the TGA does its own batch testing on the vaccines, and also looks at the data from overseas. Australia’s chief medical officer, Prof Paul Kelly, said “safety is our first priority and in a large vaccine rollout like this, we need to monitor carefully for any unusual events so we will find them”.

“This does not mean that every event following a vaccination is caused by the vaccine,” he said.

“But we do take them seriously and investigate.”

What are scientists and experts saying?

Emeritus Prof Gerard Fitzgerald, a public health specialist from the Queensland University of Technology, said the countries that suspended the AstraZeneca vaccine rollout had acted “with extreme caution”. But it was important to remember blood clots are extremely common, and were so before the vaccines existed.

“For example, the CDC [Centers for Disease Control and Prevention] in the US reports 60-100,000 deaths per year from lung blood clots,” Fitzgerald said.

“These are more common again in the elderly and those with chronic disease who are the people who are the target of the early vaccination programs. We also need to keep any risk in perspective. So far, more than 2.5 million people have died of Covid-19 and 8,000 to 10,000 people are dying each day around the world. More than 320 million people worldwide have already been vaccinated.

“The scientifically conducted clinical trials of the vaccines prior to their approval did not identify any increased risks associated with the vaccine.”

Is data around safety transparent?

Yes. The monthly safety report for the AstraZeneca vaccine will be made public on the European Medicines Agency website in the following week, in line with exceptional transparency measures for Covid-19.

Blood clots are considered “adverse events of special interest”, which are closely monitored in Australia and by overseas regulators. The TGA works closely with international regulators and shares information about Covid-19 vaccine safety. If the TGA detects a safety concern, it has committed to taking rapid action to address it and provide information to the public.

Consumers and health professionals are encouraged to report problems with medicines or vaccines to the TGA.

Prof Julie-Anne Leask, based in the Susan Wakil School of Nursing and Midwifery at the University of Sydney, is a social scientist whose research focuses on infectious disease and immunisation controversies and communication.

Leask said once an adverse event is detected, regulators and vaccine safety experts will investigate whether the event is thought to be caused by the vaccine.

“This is a normal part of any vaccine program,” she said. “It demonstrates a system is open, transparent and responsive. Governments want to ensure they are giving people safe vaccines.”