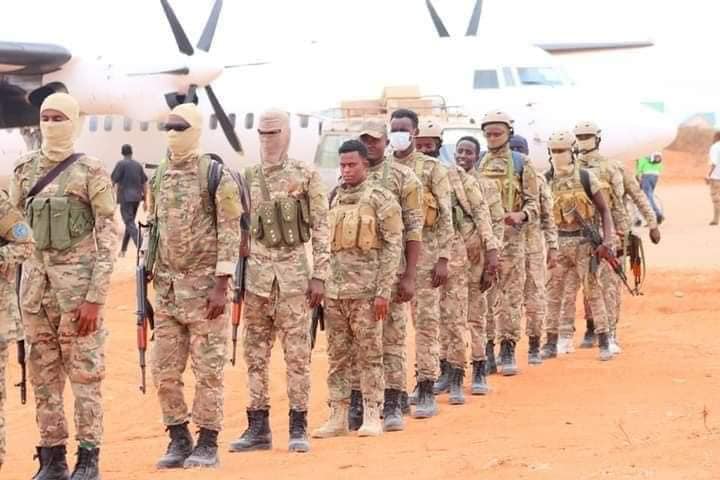 Jubaland government has accused the Federal Government of deploying troops and heavy weaponry in the Gedo region amid an ongoing drought that has since claimed lives and plunged thousands into starvation.

The southern state said in a statement Saturday, heavily armed soldiers arrived in Daawo in Gedo region Friday raising tension in the region.

It warned that President Mohamed Farmaajo will be responsible for any conflict or instability in the Gedo region as a result of the deployment.

“The Government of Jubaland declares that the responsibility for the outcome of this conflict will be borne by the outgoing President, Mohamed Abdullahi Farmajo,” the statement read in part.

The presence of federal troops in the Gedo region has been one of the points of differences between Jubaland and the Federal Government in the long-running electoral talks.

President Ahmed Madobe had demanded the withdrawal of the troops from the Gedo region as a precondition for the talks but Farmaajo stood ground heralding a political battle between Mogadishu and Kismayo to date.

The deployment of the troops Friday in the Gedo region comes as relations between a section of the Federal Member States and Farmaajo continue to sour.

Madobe and his Puntland ally Abdullahi Deni entered into a coalition with the Council of Presidential Candidates Thursday dubbed the National Salvation Council in what could further complicate any engagements with Farmaajo.

Another round of electoral talks between Farmaajo and the FMS leaders is expected this coming week.