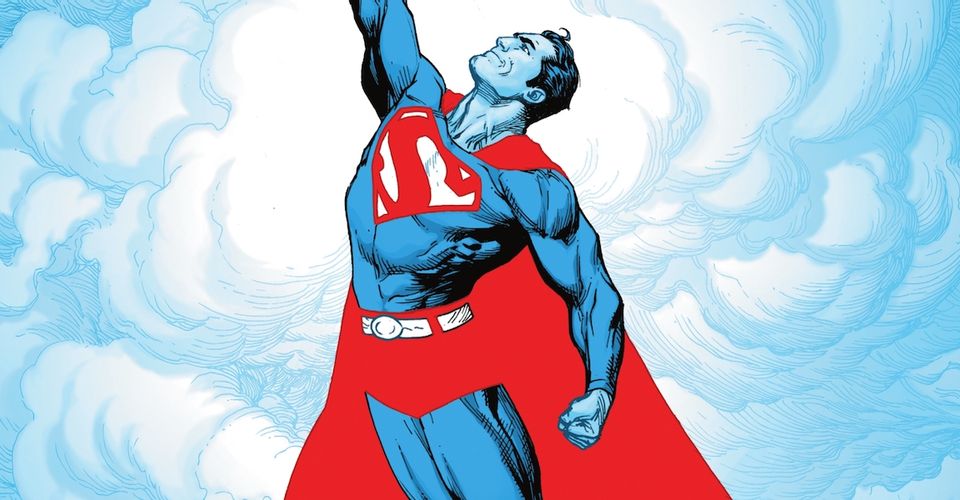 Superman: Red and Blue #1 reveals that the Man of Steel’s favorite hero isn’t Batman, it’s a war hero who risked his life to save Kal-El. 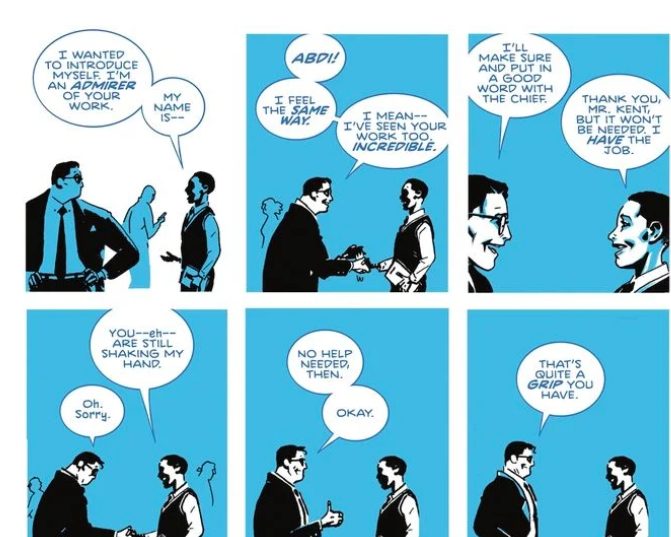 Many fans strongly believe that the hero Superman admires the most is Batman. And that assumption wouldn’t be far off, as we’ve seen a deep sense of brotherhood and camaraderie between them for decades across many books, cartoons and even the movies. It transcends the capes and cloth as well, as Bruce Wayne and Clark Kent have deep respect for each other as men trying to make the world a better place.

However, come Superman: Blue and Red #1, we discover who the Man of Steel’s favorite hero really is and shockingly, it’s not the Dark Knight.

It’s actually a young boy from Mogadishu named Abdi and the reason being is he saved Kal-El when no one else could or would. In this flashback story, a giant monster has attacked the region and Abdi’s building is collapsing. Superman’s been thrown into it but the young boy’s desperately trying to get him to the top towards the sunlight, so he can recharge against the alien that’s somehow depowering him.

Abdi recruits help but you can’t fault his fellow tenants for fleeing as the stairs collapse, as they have to save themselves. But the kid’s relentless, crawling up the stairs with Kal, risking his life and using him as a battering ram. He knows Superman’s the only one who can save the area and look at the House of El sigil, he sees hope that Mogadishu can be rebuilt despite many wars plague them. 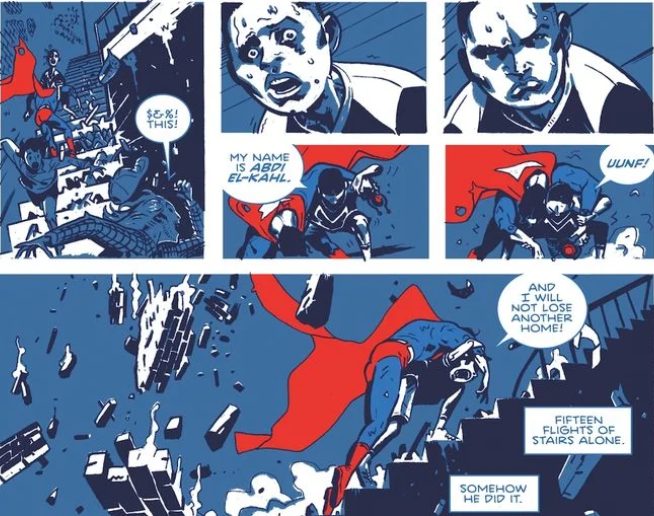 Unfortunately, in the melee, a pillar crushes his arm, but the selfless kid gets Superman to wake up, power up, and use a special device to destroy the beast. Superman breathes a huge sigh of relief but he couldn’t find the boy since. However, that changes when Clark spots his name interviewing for the Daily Planet years later as a photojournalist.

Abdi used his experience, excelled in school and went back home to help out using his trade. Now, he’s in America to make an even bigger difference and as he meets Clark, well, the veteran journalist fawns over the academic. Sure, Abdi was inspired by Superman, but the ironic thing is he has no clue he’s the hero’s idol.

We see Clark in awe, acting nervously as he keeps shaking Abdi’s hand, which ironically is a robotic one from S.T.A.R. Labs. Abdi’s a fan of Clark’s material but Clark reveres Abdi’s work too as he knows the man behind the lens is someone who really is willing to put it all on the line. There’s true power in someone being so selfless and this is why Kal has faith in humanity because people like Abdi don’t realize, they’re the real superheroes.

I’m a former Chemical Engineer. It was boring so I decided to write about things I love. On the geek side of things, I write about comics, cartoons, video games, television, movies and basically, all things nerdy. I also write about music in terms of punk, indie, hardcore and emo because well, they rock! If you’re bored by now, then you also don’t want to hear that I write for ESPN on the PR side of things. And yes, I’ve written sports for them too! Not bad for someone from the Caribbean, eh? To top all this off, I’ve scribed short films and documentaries, conceptualizing stories and scripts from a human interest and social justice perspective. Business-wise, I make big cheddar (not really) as a copywriter and digital strategist working with some of the top brands in the Latin America region. In closing, let me remind you that the geek shall inherit the Earth. Oh, FYI, I’d love to write the Gargoyles movie for Disney. YOLO.