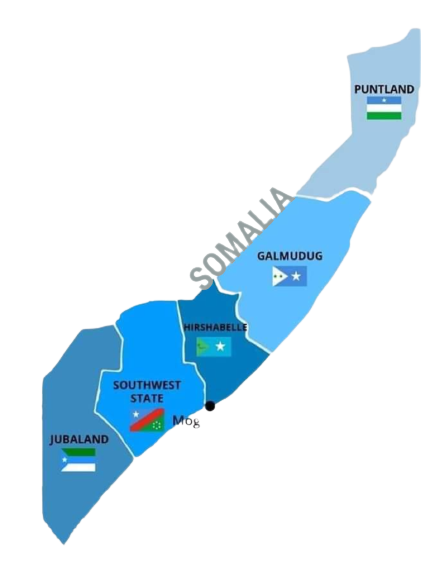 Preparation for 2021 elections has gone through several phases over the last four years.

Somalia is at a crossroads; the election slated for February 8 this year, failed to take place due to a deadlock between members of the federal government and federal member states.

The belligerent continues, as the parliament’s and president’s terms of office, expired on December 26, 2020, and February 7, 2021, respectively.

The standoff stems from the implementation of the September 17 agreement, which is a detailed agreement specifying how to conduct the indirect elections that were endorsed by the Somali parliaments.

The contagious issues of the electoral process are the formation of the Federal and State-Level Electoral committees, who or how Somaliland’s representatives will be chosen, and how the elections in the Gedo region will be held.

Causes of the electoral impasse

Preparing for the 2021 elections has gone through several phases over the last four years. In October 2018, the Federal Government, led by President Mohamed Abdullahi Farmajo and then-Prime Minister Hassan Khaire, and the five Federal Member States met in Baidabo to chart out possible and inclusive elections.

Subsequently, they signed a closed-list proportional representation which would have paved the way for universal suffrage elections to be held for the first time in 51 years.

However, the Federal Parliament has completely reversed that agreement and instead adopted a majoritarian, “First Past the Post” model, which was later signed by the president.

But, again, this process has been abandoned after some of the Federal Member States, namely, Puntland and Jubaland and opposition groups based in Mogadishu joined forces to oppose it, citing insecurity, a lack of census, and the fact that the remaining time for the government’s mandate was limited, suggesting that it could not be fulfilled.

The Federal Government and the Federal Member States adopted the Indirect Electoral Model after several meetings in Dhusamareb the capital city of Galmudug region, which was finally signed in Mogadishu on September 17, 2020.

This model is identical to the one used in the 2016 elections, but it varies in three ways: first, Electoral clan delegates have been raised from 51 in 2016 to 101, Regional state, and civil society will now play a part in appointing MPs, a reversal from the 2016 model in which only the Electoral Colleges exercised those powers. Unlike 2016, two cities will host the election in each City-state.

The Federal Member States and opposition leaders in Mogadishu have consistently lamented a possible electoral irregularity, making demands that are difficult to meet in what many have characterized as “goalpost changing” tactics. They also accused President Farmajo of gerrymandering the elections by nominating his staunch supporters and security officials to steer electoral processes.

The president’s efforts to convene talks with the Federal Member States to amend the unresolved topics and move on to the polls have all failed. International partners, on the other hand, who are adamant that the 17th negotiated electoral mechanism will not be opened and said no to partial and no parallel elections are attempting to get parties together to break the impasse. Secretary of State Antony J. Blinken of the United States urged Somali leaders to set aside their “narrow” political aspirations and hold free and inclusive elections on Friday.

President Farmajo is up against two former presidents: Hassan Shiekh Mohamed, whom he vehemently defeated in the 2017 elections, and Sheikh Sharif Shiekh Ahmed, with whom he served during his stint as a Prime Minister in 2021. Hassan Ali Khaire, his former prime minister who served three and a half years under him before being ousted by the House of Representatives, is also a tough contender.

However, observing the nature of the political tactics of the oppositions and the political groups trying to outshine President Farmajo and also the public opinion on who they throw their bet on, indicates that, it’s now or never that an incumbent is set to win re-election in Somalia.

The political groups, including two Federal Member States, Puntland and Jubaland, and a dozen of the prospect of presidential candidates have joined hands and are keen on one mission “Replacing” Farmaajo.

Political Party leaders, mainly based in Mogadishu formed the Forum for National Political Parties on 30th November to unite for the government prospect political party which that was never established. Though they have formed parties and later created an alliance, this group succeed in tossing away universal suffrage elections which Farmajo was said to have pushed for.

This Platform brought together six political parties, but instead of calling for one-person-one-vote voting, their functions were limited to issuing press statements and undermining the government’s drive for a popular vote, as well as supporting Puntland and Jubaland’s attempts to thwart that aim.

This forum dissolved almost immediately after the Indirect Elections Act was passed on September 17, 2020, paving the way for the creation of yet another forum against President Farmajo.

The presidential aspirants formed the Council of Presidential Candidates on November 23rd, bringing together former Forum for National Parties colleagues and other candidates. Yet, this was another grouping force coming together for the sole motive of ousting President Farmajo.

The Presidents of the two Federal Member States, Puntland and Jubaland, Council of the Presidential Candidates, and a group of Somaliland MPS and prospect candidates led by the Speaker of the Upper House, Abdi Hashi Abdullahi announced the formation of the Somali Salvation Forum.

The objectives of this newly established political forum which has been stated in its first issued communique are to;

1.Ensure that inclusive elections to be held in the country.

2. Salvaging the country, its unity, togetherness, and gains made towards peacebuilding and the processes of State building.

Could this latest forum be the last hope of the opposition groups? What if it would produce the same results as the previous forums, falling short of its expectations? Though, the answers to these questions, many would argue, will be a big “YES” a simple answer that frames Somalia’s opposition group’s despair to unseat President Mohamed Abdullahi Farmajo.