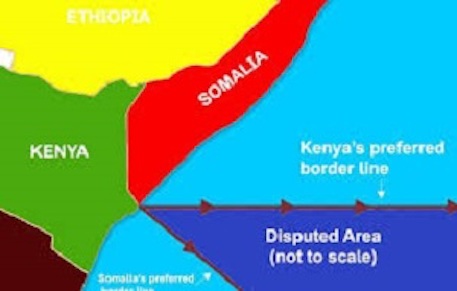 THE International Court of Justice (ICJ) has begun deliberating on the maritime dispute between Kenya and Somalia.

This follows the conclusion of the public hearings at the Peace Palace in The Hague, which is the seat of the court.

However, further deadlock has marred the conclusion of the hearings and the imminent deliberation of the dispute under the Maritime Delimitation in the Indian Ocean.

Kenya has confirmed its decision not to participate in the oral proceedings.

Somalia on the other hand was scheduled to present its final submissions on Thursday last week.

The dispute between the two East African nations dates back to 2014 when Somalia instituted proceedings against Kenya before the ICJ, which is the principal judicial organ of the United Nations.

In its application, Somalia contends that both countries “disagree about the location of the maritime boundary in the area where their maritime entitlements overlap.”

It asserts that “diplomatic negotiations, in which their respective views have been fully exchanged, have failed to resolve this disagreement.”

Ties between Kenya and Somalia have been thorny since the maritime conflict.

In 2019 when Kenya summoned its ambassador to Somalia back home and expelled Somalia’s top envoy after the Somali government’s decision to auction oil and gas exploration blocks at the centre of the two countries’ maritime territorial dispute.

That year, Somalia lodged a protest to Kenyan for recognising the self-proclaimed region of Somaliland as a country.

Meanwhile, ICJ is also engaged in another dispute between Equatorial Guinea and Gabon over maritime and land boundaries.

The dispute is also over the sovereignty over the islands of Conga, Cocotiers/Cocoteros and Mbanié/Mbañe.