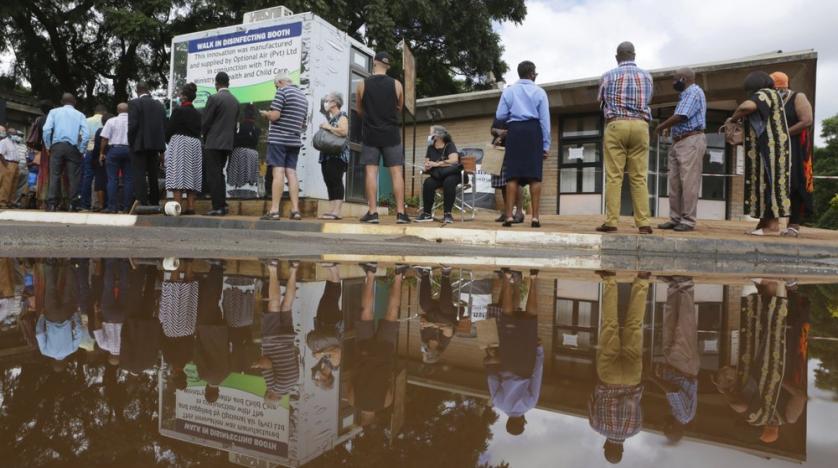 The head of the Africa Centers for Disease Control and Prevention on Thursday warned against a “vaccine war” among nations amid renewed fears vaccine shipments to the continent face delays.

John Nkengasong said in a briefing that he “truly feels helpless that this situation is going to significantly impact our ability to fight this virus,” referring to reports that the Serum Institute of India is suspending major exports of the AstraZeneca COVID-19 vaccine in order to meet rising demand at home.

“Without ramping (up) access to vaccines we will be challenged, continue to be challenged. Lives will be lost,” he said. “The battle has to be a collective battle,” he said, adding that he remains hopeful “that the power of humanity will prevail.”

The Serum Institute of India produces the AstraZeneca shots being shipped to Africa through the international COVAX initiative to ensure vaccine access for low- and middle-income countries. At least 28 of Africa’s 54 countries have received over 16 million doses via COVAX as of Thursday.

Vaccine shipments through COVAX continue to arrive in different African countries. South Sudan, for example, will receive over 100,000 doses on Thursday, The Associated Press reported.

But COVAX has been facing delays related to the limited global supply of vaccine doses as well as logistical issues. That’s why some countries such as South Africa, the hardest-hit African nation, are also pursuing COVID-19 vaccines via bilateral deals and through the African Union’s bulk-purchasing program.

Africa, with a population of 1.3 billion, hopes to vaccinate 60% of its people by the end of 2022 in order to achieve herd immunity, when enough people are protected through infection or vaccination to make it difficult for a virus to continue to spread.

That target almost certainly will not be met without widespread use of the AstraZeneca vaccine, which is seen as key to the global strategy to stamp out the coronavirus pandemic. The vaccine from the Anglo-Swedish drugmaker is cheaper and easier to store than many others. It will make up nearly all of the doses shipped in the first half of the year via COVAX.

Experts have warned that until vaccination rates are high the world over, the virus remains a threat everywhere.

New Symptom That Shows You May Have Already Had Coronavirus

Bungling Leadership May Unbundle Many an African Nation