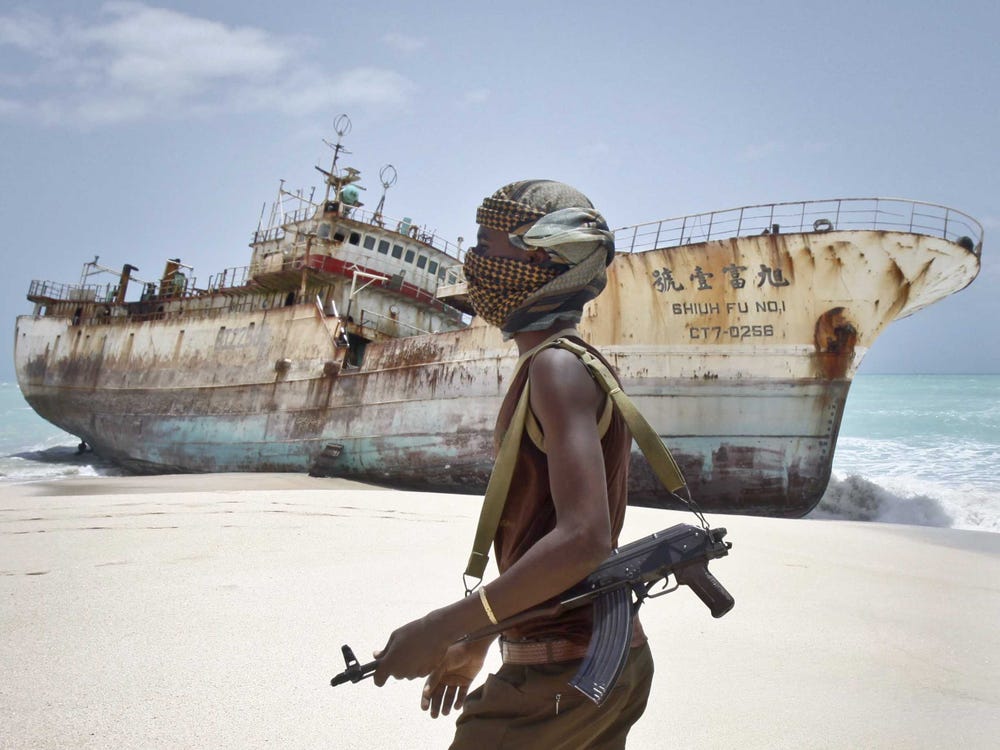 The massive container ship blocking the width of the Suez Canal has other vessels weighing the lengthy, costly, and perilous decision of whether to detour around Africa instead.

As demonstrated in this story by Insider’s Mia Jankowicz, the sea route from the Red Sea to the east Mediterranean is a journey of 15,000 miles and ventures through the world’s most dangerous waters for piracy.

Ships taking the long way around will be forced to navigate the Horn of Africa past Somalia and, eventually, past West Africa and the Gulf of Guinea — where piracy rates are the highest in the world.

According to the International Maritime Bureau (IMB), there were 135 maritime kidnappings recorded in 2020 — 130 occurred in the Gulf of Guinea.

“We see that the pirates are acting with greater impunity,” IMB Director Michael Howlett told Deutsche Welles in February. “They are spending more periods of time on board vessels. In one case, they were on board a vessel for more than 24 hours, totally unchallenged.”

A spokesperson for the US Navy’s Fifth Fleet, based in Bahrain, told the Financial Times it had been contacted by numerous shipping firms over the past couple of days concerned about the risk posed by pirates to their ships are being forced to circumnavigate Africa.

“There is a risk there, and it’s probably another reason why the ocean carriers will think twice before they actually go around the Horn (of Africa),” Genevieve Giuliano, a professor at the University of Southern California’s Sol Price School of Public Policy, told The Washington Post.

The huge Ever Given container ship has been stuck in the Suez Canal since Tuesday, and while its Japanese owners said it hopes to free the ship by Saturday, some experts say that freeing the ship could take weeks.

It’s unclear how the Ever Given veered off course, but officials attributed the accident to high winds and sandstorms, which are not unusual at this time of year in Egypt.

As the world waits, London-based shipping news journal Lloyd’s List estimates that the blockage is costing $400 million per hour in delayed goods.