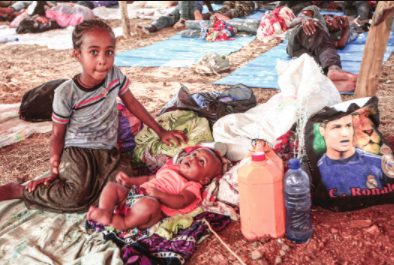 VOA traces the beginnings of the conflict that grew into a humanitarian crisis in Ethiopia’s Tigray region.

We explore the human cost of the armed clashes, which have reverberated across neighboring countries, destabilized communities, and displaced hundreds of thousands of people.