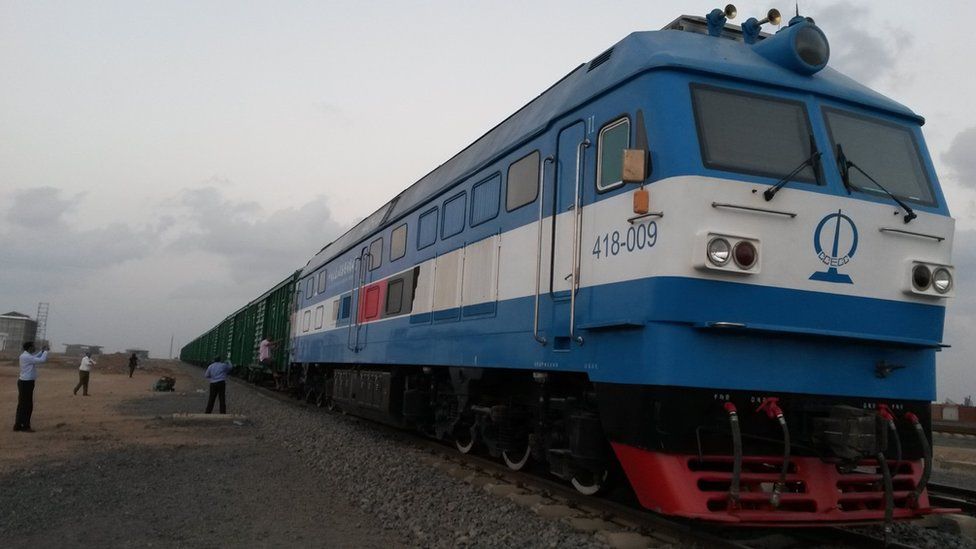 The project distribution indicated it is expected to open alternative sea access and important international railway corridor to the country.

Ethiopia is considering connecting Berbera Port into Ethio-Djibouti Railway network under the public private partnership (PPP) investment platform. The planned project was not part of the 5,000km railway project that Ethiopia had tabled to develop about a decade ago.

The proposed project that is called ‘port to port connection project’ is expected to be carried out under the 10-year development plan that was recently endorsed.

The project is expected to be developed under PPP arrangement with potential investors. On the recent transport investment summit the project was introduced for interested investors. The project may have an estimated 310 km distance from Ayisha, which is connected with the Ethio Djibouti Standard Gauge Railway, to Berbera Port.
However, most of the project would be carried out inside the border of Somaliland, the administrator of Berbera Port.

Currently, DP World, a Dubai based port operator, has carried out a massive expansion at Berbera Port, which is a good alternative for southeastern and southern parts of Ethiopia.

The document from the Ministry of Transport (MoT) that was disbursed at the summit indicated that only 60 km would be inside the Ethiopian border, while the remaining 250km will be developed in Somaliland.

The estimated cost of the project is USD 1.5 billion; however, it is noteworthy that it did not clearly explain whether the amount is the total cost between the two countries or only on the Ethiopian side. On similar lines, experts commented that the amount should include the project of Somaliland.

The MoT description said that the project will improve the inland transport system of Berbera Port and will have an impact on all areas along the line and facilitate development of the port service industry and national economy of Ethiopia.

About 11 years ago, the government had proposed to construct the 5,000 km of railway system. From the stated distance, only 660 km of railway that connects with Djibouti’s 100 km Standard Gauge Railway was finalized early 2018, while the 392km Awash-Hara Gebeya railway line is under construction.

According to the previous proposal, the government had targeted to stretch the line in the; North, North West, West and South part of the country besides the Ethio Djibouti. The Ayisha, which is located in Somali region, housing the Berbera project is new on the sector development.

According to the transport sector, the ten year development plan highlights that the length of railway coverage would be 4,199km by 2030.

The ten year transport sector development plan is expected to come to fruition by PPP, joint venture, concession, FDI and fully ownership by the government that would be financed by international partners.

On the summit, the government has tabled 44 projects for the private sector to develop in different schemes.

It is also to be recalled that about two decade ago, the Ethiopia born Saudi billionaire, Ali Al-‘Amoudi, had targeted and envisioned to lay a railway track joining Somaliland to Ethiopia. This plan was envisioned in partnership with Middle East and North Americans partners in conjunction with the Ethiopian government.