The largest clan in the Benadir region where the capital of Somalia, Mogadishu, is located, completely pulled out their support of Farmajo, declaring him a persona non grata.

The clan, Hawiye, also one of the 4 largest ethnic clans in Somalia – not to be confused with the Republic of Somaliland to the north – resolved at the end of a meeting over 400 delegates held in Mogadishu, that Mohamed Abdullahi Farmajo was – to them – no different from the rest of the candidates vying for the Presidential post. 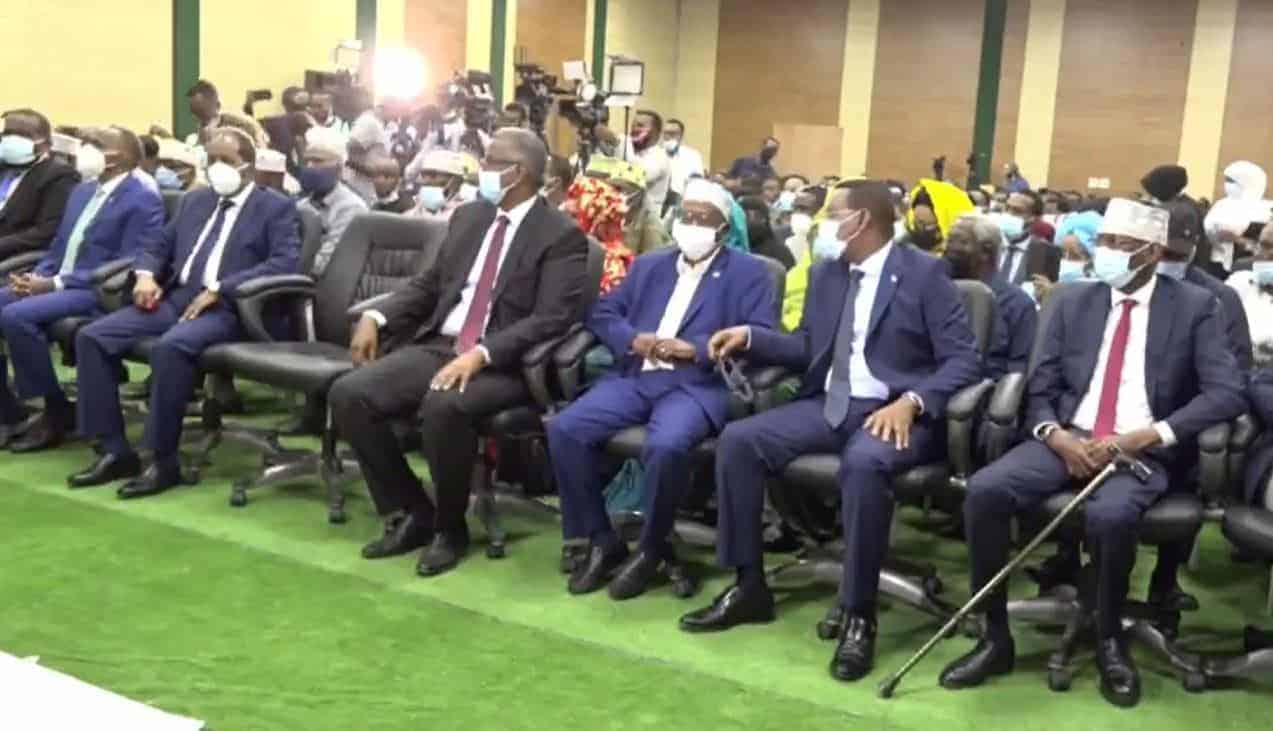 The clan unanimously opposed the two-year term extension President Farmajo commandeered for himself through a lame-duck parliament on 12 April to cover a vacuum left behind by the expiry of his mandated term on February 8.

“The extension of term a government whose term has expired made by members of a parliament whose term, itself, has also ended is unlawful. Therefore, we do not recognize Mohamed Abdullahi Farmajo as a (lawful) president,” a communique released at the end of the conference stated.

The clan promised dire consequences to army, police and intelligence commanders if they did not cease openly shoring up a president clinging to an office he was no longer entitled to.

The Hawiye conference, particularly, pointed an accusing finger at the Police Commissioner, Major-General Abdi Hassan Hijar, NISA Chief and Qatar lackey, Fahad Yassin, and the commander of the SNA infantry, Brigadier Abdihamid Mohamed Dirir – all of whom were handpicked by President Farmajo.

By pulling the rug from under the feet of Farmajo, the clan has virtually left him grappling for a hand-hold to climb out of a political quicksand he practically dug for himself.

Since the majority of Mogadishu residents also hail from this clan, Farmajo can no longer rely on opposed support in the capital.

The Hawiye conference follows the failure of a reconciliation effort that international partners have been working on between the central government and the opposition among whose ranks several federal member states could be found.

The partners wanted Somalia political stakeholders to honour a face-saving resolution hammered out between them on 17 September last which laid forth a roadmap for presidential and parliamentary elections.

Farmajo, on the larger part, did not find the roadmap conducive to his plans. He was accused, since then, of sabotaging the plan turn after turn making it appear as if the opposition were to blame. The plot did not work. It ended with everyone, including persistent international partners documenting every twist of the plot which failed their efforts all of which pointing unfalteringly at Villa Somalia.

Since 1991, only one president, Abdullahi Yussuf, did not come from this clan. Former presidents and current candidates for the presidency, Sheikh Sharif and Hassan Sheikh Mohamoud as well as the recently fired PM, Hassan Ali Khaire, present at yesterday’s meeting, all belong to Hawiye.