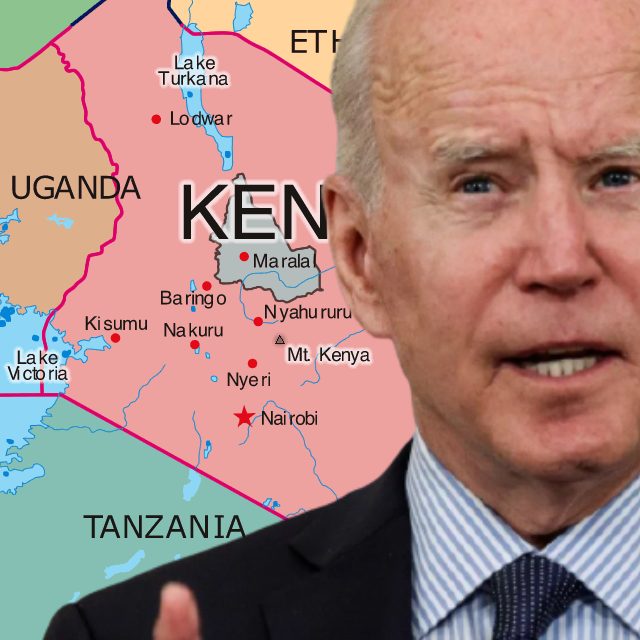 It has become almost a cliché: Almost every U.S. administration promises renewed focus on Africa but then fails to deliver. President Bill Clinton undertook a ten-day trip to sub-Saharan Africa with great fanfare and promised, “the United States is ready to help you.” Speaking in Nigeria on Oct. 20, 1999, Secretary of State Madeleine Albright bragged, “Our administration has spent more time, attention, and money on Africa than any other administration.” If that were true, then it was only because of the profound neglect of her predecessors. Still, after Clinton’s eight years in office, the United States had little to show for its partnerships even if, after his retirement, Clinton did invest much more in African development.

George W. Bush was perhaps the U.S. president most devoted to Africa even if 9/11 and the invasion of Iraq have overshadowed his legacy. He met with twenty-five African heads of state in his first two years in office and brought U.S. assistance to Africa to record levels. On the continent, however, he is best remembered for his sustained commitment to battle both the AIDS/HIV epidemic and malaria. Nor was his commitment to Africa mere posturing. Whereas other presidents retired to the golf course or simply pursued high-paid conference or corporate speaking opportunities, Bush has frequently returned post-retirement to Africa to assist various aid and development programs, both with less fanfare than Clinton and purposely outside the glare of the media spotlight.

Across Africa, there was hope that Barack Obama would focus U.S. attention on the continent, especially because of his family connections to Kenya. National Public Radio, for example, reported on Africans rooting for Obama during his campaign, celebrating his victory, and the “hopes and expectations that an Obama administration will help the world’s poorest continent.” Certainly, Obama’s rhetoric did not disappoint. “It is long past time to put aside old stereotypes of an Africa forever mired in poverty and conflict. The world must recognize Africa’s extraordinary progress,” he declared in an address “to the people of Africa.” He promised more trade than aid, but ultimately he did little to compete with China, India, or even Turkey. Indeed, much of Obama’s legacy on the continent is tied more to drone warfare and security than business.

Former President Donald Trump cared little for Africa, famously dismissing it as a continent of “shithole” countries. But, as with so much during his four years in office, behind his dismissiveness, lack of focus, and social media outbursts, his team did serious work. National Security Advisor John Bolton coordinated, outlined, and launched a new Africa strategy that recognized the need to compete with and counter China, was clear-eyed about American interests and expressed a desire for symbiotic rather than aid-driven relations throughout the region. On an intuitive level, Trump himself appears to have embraced the concept of pivotal states—countries like Nigeria and Kenya. Whereas normally these states—some of the most influential in their regions—channeled messages with Washington through U.S. ambassadors and perhaps their respective embassies in Washington, in reality, their communication often floundered in the purgatory of State Department bureaucracy. Under Trump, however, key African leaders could bypass the State Department and reach the White House directly. Seasoned European officials might have lamented the lack of process but, for pivotal African states, the Trump administration saw their access expand greatly.

President Joe Biden’s knee-jerk reaction is to do the opposite of whatever Trump did but, when it comes to Africa, he should build on what has worked. As soon as Secretary of State Mike Pompeo left the State Department for the last time, many Bureau of African Affairs diplomats sought to put his emphasis on great-power competition behind them and return to the status quo ante of simply dispensing aid, essentially as humanitarian workers or would-be colonial governors with diplomatic passports.

Africa does not need such arrogance or American condescension. Trump’s treatment of Kenya as a pivotal state was wise, and Biden should continue and institutionalize it. Just as Morocco serves as an oasis of stability in northwestern Africa, Kenya can play the same role in East Africa. The power grabs of Ethiopian prime minister Abiy Ahmed and Somali president Mohamed Farmaajo and their misuse of armies have sent both countries to the precipice of failure. South Sudan is already there. Djibouti has become a Chinese colony, and Eritrea is among the world’s most repressive states. Further down the coast, Mozambique now faces an Islamic State insurgency.

Strategically, Kenya is vital. It is a backbone for the African Union Mission to Somalia. It has experienced Islamist and Iranian terrorism firsthand. While U.S. African Command does engage with Kenya, there is much room for expansion of cooperation. In March 1997, Indian Ocean littoral states formed the Indian Ocean Rim Association, which the United States (along with China) joined as a dialogue partner. Too often, however, when the United States and the Pentagon, in particular, discuss the Indian Ocean, they focus on Australia and South Asia but ignore its African component. Tighter ties and partnership with Kenya would resolve this problem.

And while other states—Somaliland, for example—would be natural hosts for a U.S base should China leverage the United States out of Djibouti, the basis for U.S.-Kenyan partnership need not be solely security. Kenya has not only one of Africa’s largest economies, but also one of its most dynamic and fastest-growing. Kenyan wealth does not simply depend on extracting oil, gas, or minerals, but rather on a diverse package of tourism, agriculture, industry, transport and, increasingly, technology. Should Biden follow Trump’s lead and emphasize business as the tip of the spear of American policy, they would have no better place to have the new strategy thrive than Kenya. Two years ago, I visited the United States International University-Africa in Nairobi to give a guest lecture. The student body and faculty exhibited an amazing amount of energy and rigor. The United States is worse for not recognizing the opportunities the younger generation of Kenyans represent.

If Biden is going to fulfill his promise to renew American diplomacy, then it is time for a real partnership with Africa. He should break with past practice of simply making an occasional visit to use Africa as a scenic backdrop to make empty promises and instead solidify ties with pivotal states that can be hubs not only for American business partnerships but also for security. Should he do so, he would find no better place to start than Kenya.