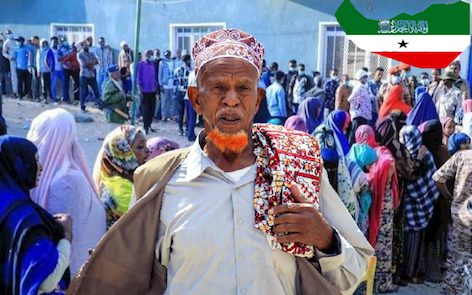 “Based on this election, I am wondering why Somaliland is yet to be recognized internationally with that level of democracy and organization,” said Kenya’s John Githongo, former anti-corruption czar in the retired President Mwai Kibaki government

After a successful parliamentary and civic elections in Somaliland, international observers have now called for the World to recognize the democratic ideals of the country.

The observers under the Brenthurst Foundation based in South Africa further said Africa should support Somaliland after holding free, fair and credible parliamentary and municipality elections last month.

Somaliland broke away from the larger Somalia in 1991 after the fall of former president Siad Barre government after a civil war and since then the territory has been governed by democratically elected governments and the country has been seeking international recognition as the government of the Republic of Somaliland.

According to Dr Greg Mills, director of The Brenthurst Foundation, the conduct of the election illustrated overall the existence of an effective state governed by its own unique form of social contract.

“This was the eighth democratic election in Somaliland, strengthening is its democratic tradition in a region not known for its democratic character. This should be recognised by the world and especially supported by Africa,” stated the observers.

“Voting was generally peaceful, characterised by high levels of trust and enthusiasm from the electorate, which assisted in overcoming any frailties in the election management. − The conduct of the election illustrates overall the existence of an effective state governed by its own unique form of social contract,” the observers added.

In their report after the election, The Brenthurst Foundation saluted the National Electoral Commission (NEC) for successfully conducting the polls that were complex and logistically demanding election. with scope for improvements according to its own regulations and laws.

The report noted that in Somaliland the software worked exceptionally well despite the rudimentary conditions and widespread poverty, centring on the trust and implicit confidence in the NEC.

Former anti-corruption czar in the retired President Mwai Kibaki government John Githongo said Somaliland has proven beyond doubt it is a beacon of democracy in the trouble ridden Horn of Africa.

The polls for Githongo, was unique in itself given that it was free, fair and credible.

“I have observed elections in many countries in Africa, but there was something unique about the process in Somaliland, there was no any violence or claims of rigging,” said Githongo.

The electoral commission chairman Githongo said was available to give updates of the polls. He asked other African countries to emulate.

“Based on this election, I am wondering why Somaliland is yet to be recognized internationally with that level of democracy and organization,” said Githongo.

The country, he said, had built its democracy and it is working, unlike other African nations which have to be pushed to toe the line.