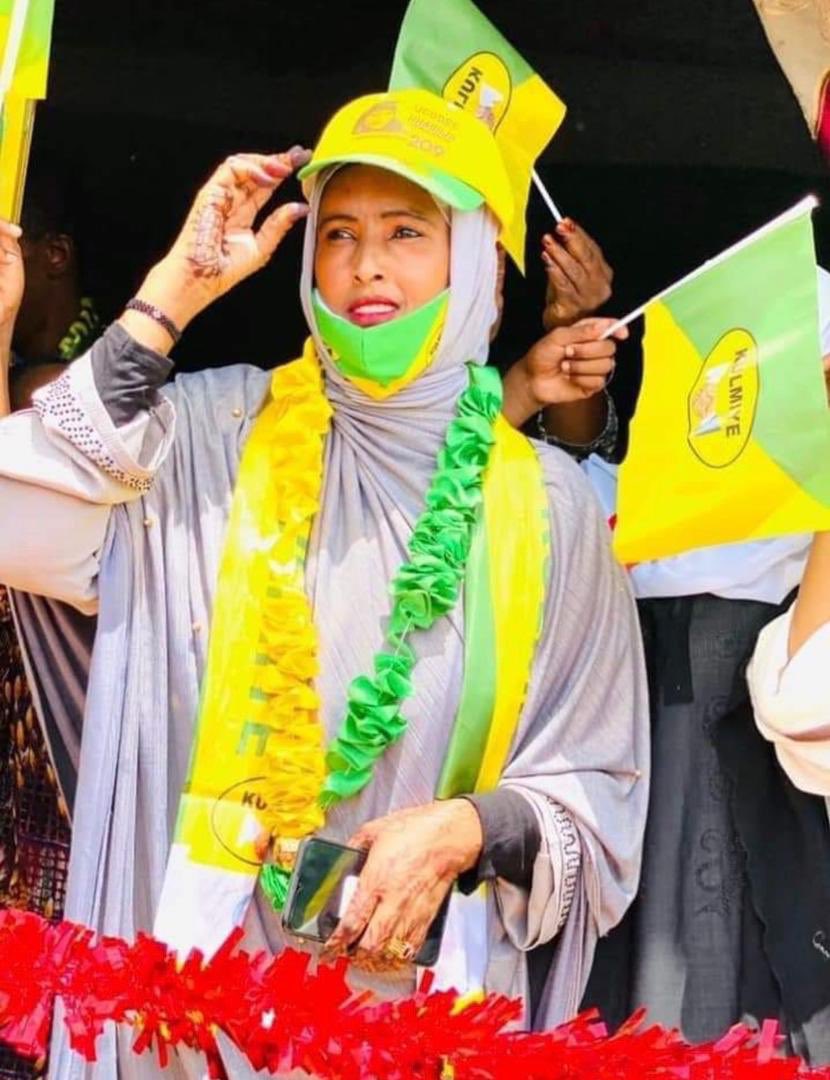 In a positive, welcome move the newly-elected city council of Buuhoodle chose picked the only female councillor among them as Mayor.

Councillor Khadija Ahmed Yussuf, thus, went into history by becoming the first female mayor who has is elected to office on a majority vote.

Khadija ran on a Kulmiye – the ruling party – ticket.

Out of 20 poll districts that have participated in the May 31 municipality elections, Buuhoodle etches itself into the annals of Somaliland history in gold ink.

Fifteen female candidates ran for councillor positions and only Buuhoodle, Taleh and Huddun elected theirs.

Of 13 female candidates who ran for parliament, none got elected.

President Musa Bihi Abdi received all female candidates who were available at the Presidency, Sunday.

In what seemed a consolation meeting for candidates who ran hard and ran fast but did not make it to the finish line, the President expressed his sadness that the majority of the female candidates who ran either for municipal seats or the parliament did not succeed.

President promised them that he and his government will leave no stone unturned until women find their rightful places at leading positions in the nation.

“I completely agree with the downturn the results of the election leaves you and your supporters. I will spare no effort to help reverse the attitude,” the President said.

At the reception, Professor Ahmed Ismail Samatar, a prominent member of the ruling party, also lamented the unflattering results for women candidates even though among them were academics, seasoned international organizations’ leaders, activists and businesswomen.

A number of ministers, including the only female full minister in the cabinet, Shukri Haji Ismail Bandare, spoke at the occasion all trying to console the inconsolable with platitudes – largely.