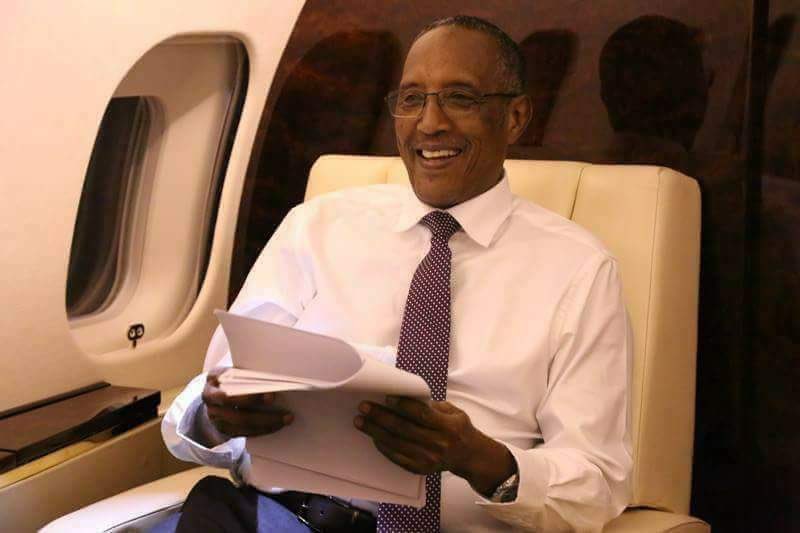 Facebook
Twitter
Pinterest
WhatsApp
A key tenet of President Joe Biden‘s foreign policy is cooperation with like-minded, democratic partners that share America’s goals. There has been no greater need than today for this new strategy, as conflicts simmer or flare up around the world.

But where and how should it be deployed? In today’s unsettled world, there is not a more compelling case than direct collaboration with Somaliland, a nation strategically located along the Gulf of Aden in the Horn of Africa that celebrated 30 years of independence and democracy recently.

Unknown to many and unrecognized by the international community, Somaliland has succeeded where many others have not—and has done so with little support from donor nations or multilateral organizations. We held multiple one-person one-vote democratic elections. We deterred terrorism from our land, piracy from our seas and malign foreign influence to which others in our region have succumbed. And we built the foundations for economic stability that will only improve as our industries and infrastructure continue to expand and mature.

Over the past three decades, the world has witnessed change that few would have anticipated in 1991. Many countries across Africa have been destabilized by regional disputes, ethnic and religious tensions, global terrorist networks and resurgent authoritarian forces. These challenges confront many large and small nations alike today.
Newsweek Newsletter sign-up >

Yet Somaliland’s democracy has endured. After gaining independence from British colonial rule in 1960 and enduring a failed union with the former Italian Somalia, our people reclaimed Somaliland’s national sovereignty 30 years ago. Since then, we have built a government and society that have withstood trials that others continue to endure. And we have remained true to our democratic aspirations. I am honored to serve as Somaliland’s fifth democratically elected president—and part of Somaliland’s success is the trust among our citizens that, when the time comes, I will step down as the sixth president assumes power.

Somaliland can uniquely help fellow democracies like the United States address regional problems that could severely impair their strategic interests. Political disputes, ethnic tensions and armed conflict to our south and west have already spilled across borders and threaten regional stability and the lives of innocent civilians. And to our north, freedom of navigation through shipping and military transit lanes from the Suez Canal and the Red Sea into the Gulf of Aden and beyond—comprising more than 10 percent of global trade each day—are threatened by the conflict across the Gulf of Aden and a growing Chinese military presence in our neighborhood.

Each of these ongoing crises affect U.S. interests and values, as evidenced by President Joe Biden’s swift appointment of two special envoys to our region. But to tackle these problems effectively, the U.S. needs more than just envoys. It needs reliable partners.

Why should Somaliland be such a partner? First, our democratic ideals remain strong. On May 31, Somaliland held local and parliamentary elections on terms that required difficult but determined consensus building, continuing a long tradition of nationwide one-person one-vote elections that were declared free and fair by local and international observers. We look forward to further demonstrating, in partnership with the United States, that democracies are more effective at making a real difference in the lives of their citizens and serving as a beacon for others seeking basic human freedoms.

Despite threats to our mutual interests, Somaliland continues to ensure the security of our people and the safety of the waters along our strategic 850 km coastline. Trained by British and European partners, our territorial and maritime forces—along with our diplomats—welcome the opportunity to explore new areas of cooperation with the U.S. that will help defeat extremist groups, end the conflict in Yemen, reduce tensions in Ethiopia and protect the vital sea lanes that American exporters and naval forces rely upon.

Finally, we know that economic opportunity is an essential requirement for long-term stability. That is why we have invested, along with Dubai Ports World, in the modernization and expansion of the Port of Berbera and transit corridors to our inland neighbors. With an eventual containerized cargo capacity of 2 million 20-foot equivalent units (TEU) per year, this investment will open the entire Horn of Africa and beyond to untapped opportunities for economic growth. American partners and investments in the region will help us show that market-driven growth is highly preferable to the crippling debt financing that other nations have chosen.

Much effort will be required to achieve our goals, but practical steps to revitalize direct, creative and constructive dialogue between the U.S. and Somaliland can lead us to them. We should not be denied the ability to contribute to regional stability simply because of Somalia’s inability to do so. Our lack of direct and consistent contact has had tragic consequences over the years, including recent struggles to contend with massive locust infestations and the ongoing COVID-19 pandemic. Such crises can be prevented or mitigated through direct contact, and should be.

For decades, the United States has maintained direct dialogue and strong ties with Taiwan, another democratic partner in a strategically important region. The need for and success of that democratic alliance is unquestioned today, despite its complications for U.S. foreign policy.

A similar opportunity awaits the U.S. in Somaliland, where our people have proven during 30 years of independence the power of democracy in an unsettled world.

is the president of the Republic of Somaliland.