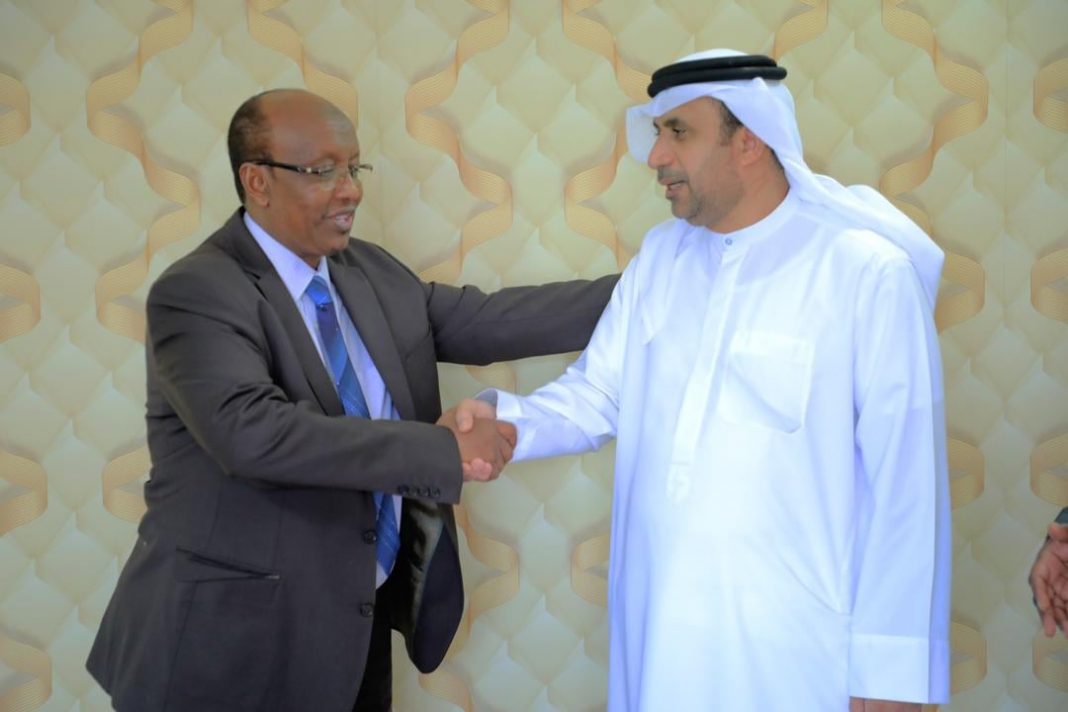 The newly-elected lower house of the Republic of Somaliland’s House of Representatives launched a series of aggressive initiatives aiming to boost international collaboration on several sectors critical to an efficient, effective legislative body.

The House Speaker, the Honourable Abdirizak Khalif, flanked by his First Deputy, Hon. Saeed Farah Giirre, on Sunday and Monday, met with the UAE Representative to Somaliland, Abdalla Al Naqdi, and Head of Somaliland Programs for the International Republican Institute, Jonathan Doernhofer, respectively.

The House Speaker and the UAE Rep discussed ways to forge closer relations between the Somaliland parliament and their Emirati counterpart. The two sides explored how the two sides can regularly exchange insights and cooperation on a number of areas not confined to the political arena.

The Ambassador and the leaders of the Somaliland parliament underlined how pivotal such a cooperation was to the two sisterly nations in the light of the burgeoning trade and development initiatives that have, of recent, defined the UAE-Somaliland ties.

The UAE’s DP World has turned the Red Sea port of Berbera into a world-class port and trade hub following a $442-million concession MOU which the former Kulmiye government of President Ahmed Mohamed Mohamous ‘Siilaanyo’ entered with the ports manager and the UAE government. The initial understanding blossomed into a full bloom agreement signed by the incumbent government in 2018. Besides the extension and modernization of the port, the agreement extended to the construction of a paved 4-carriageway road to the border town of Wajaale adding to the existing facilities in order to facilitate a more intensive, voluminous trade with land-locked Ethiopia.

With the IRI, the House raised a number of issues and areas upon which the US IRI can assist with.

the continuity of communication between the new MPs and their constituents, especially during house recesses, was one of the central themes explored by the two sides.

The establishment of a pool of highly qualified experts in a number of areas critical to the House was also discussed.

It was decided, at the end of the Monday meeting – a follow-up to another with MPs and experts the previous day – that a needs assessment be immediately undertaken to identify requisite technicalities to bring bilateral cooperation between the two sides to fruition.

The new parliament has, since it first convened less than a month ago following the successful elections of May 31, sprang to action on multi-tasks which spanned the resuscitation of external relations, debate on new laws, focused discussions with government ministers and agencies on areas of responsibility and much more.