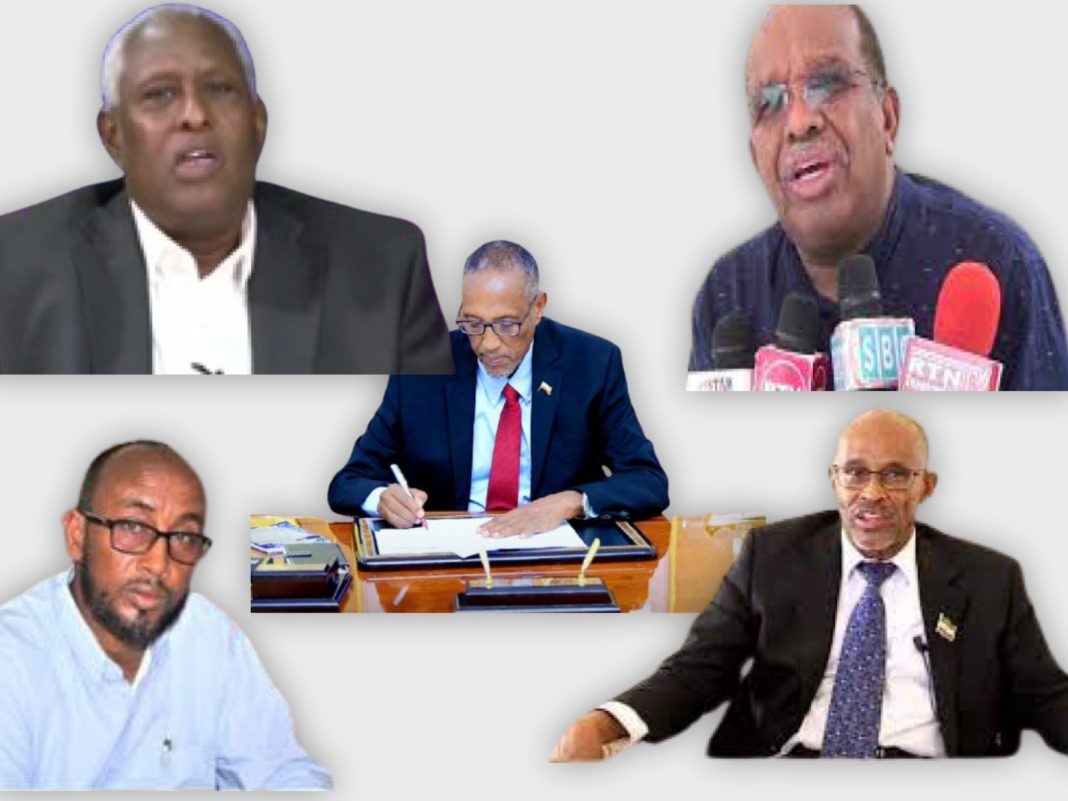 This time around, President Bihi limits the second reshuffle he made since September 2 to, mostly, only five regional governors shunting some around, sending some home.

Mohamed Elmi Ahmed, assumes governorship of Maroodijeh where the capital of the republic is located. The former Governor, Jama Haji Ahmed Abdi, is moved to become a member of the National Humanitarian Commission.

President Bihi let go, also, of the Director-General of the Central Bank, Ahmed Hassan Arqo, leaving the two top positions in the hands of new appointees.

Although this latest shift of responsibilities is not as extensive or as pregnant with implications as the first, it is, nevertheless, another indication of more changes to come until the end of the year as the President re-evaluates his and his party’s rating with constituents.

President Bihi, according to local political observers, is belatedly wakening to growing grumbles rising from former Kulmiye loyalists. Certain regions, it was emerging, were completely preparing to shift allegiance to opposition parties.

Only, according to the observers, Waddani and UCID leadership were either not reading the signs right or not capable of mastering enough stamina, initiative, or compelling manifestos to quickly pull the undecided over to their side of the camp.