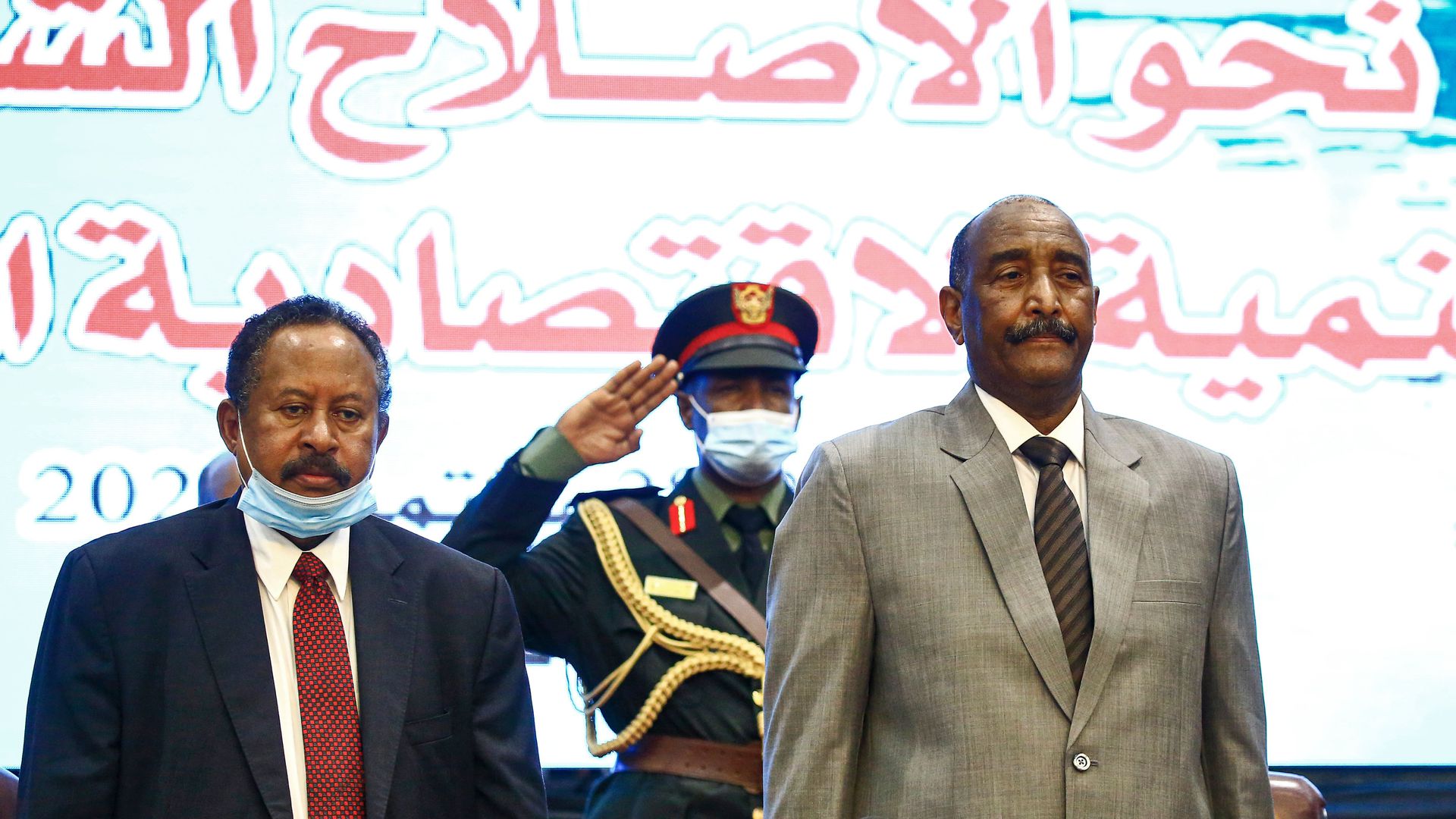 The Sudanese government announced on Tuesday morning that its military and security services had foiled an attempted coup from within the country’s armed forces.

Why it matters: The apparent coup attempt comes with Sudan’s transitional government — in which power is shared between civilians and generals — facing crises on several fronts two years after dictator Omar al-Bashir was toppled in a popular uprising.

Driving the news: According to the Sudanese military, the coup attempt began at 3am local time on Tuesday, with several military units trying to take control of the national radio and television stations and other strategic locations in Khartoum.

The latest: The government announced that the situation was under control and that the cabinet had convened to discuss next steps.

The big picture: Even before the alleged coup attempt, the Sudanese government had been contending with internal divisions, extreme economic difficulties, security challenges tied to disputes with neighboring Ethiopia and rising public discontent.

What next: Bashir is expected to be extradited soon to the International Criminal Court to stand trial for war crimes.