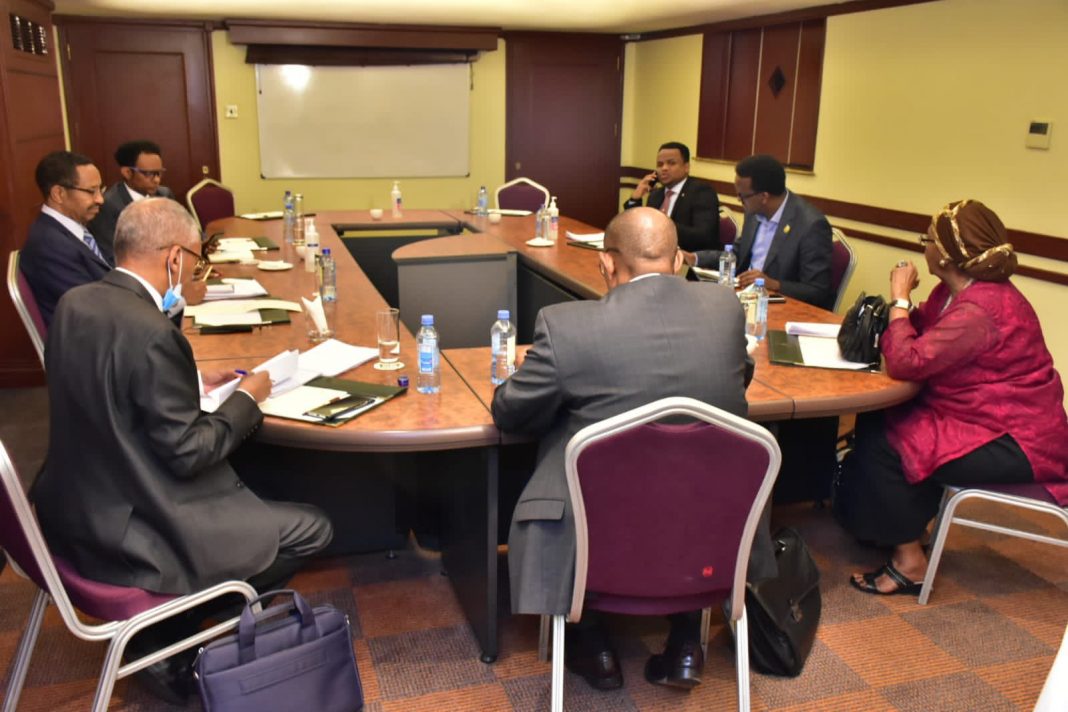 As part of what is called the ‘Somaliland Development Forum’ series, a high delegation led by the Somaliland Republic’s Foreign Minister, Dr Essa Kayd Raagsaale, met with international aid partners, including Denmark, Finland, EU, UK, Sweden, Germany, Netherlands and the USA,’0 in the Kenyan capital of Nairobi, Thursday.

The meeting first listened to Somaliland’s development plans which the Minister of Planning, Omar Abdullahi, presented in the form of a NDPIII roadmap.

As soon as that was taken out of the way, the partners led by Denmark, went into what many understood as the objective of the meeting: to grill the Somaliland side on how and why a number of Somalian families were sent back to Somalia from Las Anod, Sool region.

The partners skimmed over the alarming security situation that precipitated the so-called deportations, putting a heavy emphasis, instead, on how the measures taken infringed on basic human rights biting deep into core concerns.

“Somaliland’s international partners took the opportunity to express their strong concerns regarding the forced displacement of specific communities in Somaliland. While noting that Somaliland regards these operations as matters related to security, and recognizing the responsibility of all governments to safeguard and protect the lives of their people, partners underlined the importance of upholding security with respect to due process and the rule of law,” a statement the partners released of the meeting said.

And, then, the axe swooped down.

“The partners believe these actions were carried out in violation of basic human rights principles enshrined in Somaliland’s constitution and international conventions that Somaliland has committed to,” the statement added.

The partners, to hammer home their discomfort with the expulsions, followed it up immediately afterwards with the standard carrot-and-stick stock format usually reserved for aid beneficiaries that was not intended to conceal an underlying threat.

“While international partners commended Somaliland’s positive democratic and economic development over recent years, these forced displacements constitute a serious setback and called on the government to immediately stop the forced displacements and arbitrary detentions witnessed in recent weeks,” the partners stated, adding “The partners also called on the Somaliland government the houses and businesses of those displaced remain unoccupied and that a system be put in place that allows for legal and voluntary return for those who are not considered a security threat by the courts”.

Together, the last two statements appeared to many Somalilanders, as a dictation that did not have any faith in how the government of Somaliland ran its considered or addressed pressing issues.

But, then, came another statement that made observers as angry with the government and its delegations as it was with the partners’ perceived heavy handedness.

“International partners also welcomed the promise from the high-level delegation that forced displacement would stop and that assets of those displaced would be protected and could be reclaimed following due process. The International partners will continue to monitor events in Somaliland to ensure that these commitments are upheld”.

Reaction on the street was swift and abrasively direct.

Tweeters, sampled below, emphasized Somaliland’s right to take whatever measure it deemed necessary short of killing or arbitrary mass detentions for longer periods in order to save citizen lives. Since the partners avoided ‘deportations’ as Somalilanders termed the Las Anod operation as if in agreement with Somalia’s claim that ‘Somalis cannot be deported from their own country’ – meaning Somaliland was part of Somalia, tweets appear to dwell more heavily on this issue from different angles.

Tell @DKinSomalia that #Somaliland Parliament would neither backed a controversial proposal to confiscate asylum seekers' valuables to pay for their upkeep nor approved plans to delay family reunions for asylum seekers. PRACTICE WHAT YOU PREACH. #RightMessage, #WrongMessenger https://t.co/hSOulQmkEW

Denmark is not the one to teach Somaliland about human rights. You confiscate jewellery from refugees! You have one of Europe's most inhumane refugee policies. https://t.co/JFjHCC4wfw

The government of #Somaliland should’ve released its own take of the meeting if it did not bow to pressure. Nowhere in the world do the so-called international partners have a free rein in the interference of a country’s internal affairs outside of #Somaliland and #Somalia. https://t.co/Qb6lTSorE2

Strongly agree, international recognition is important, but the pride of the nation and state is above all . #Somaliland has shown her identity, the international community will judges it, if they claim to be civilized, then recognizing Somaliland is something that must be done. https://t.co/1yQ18gSv3d pic.twitter.com/BTWSywOzUn

They're using aid money to coerce & dictate to Somaliland's government.

It's an unacceptable misuse of aid money @somalilandmfa must rebuff resolutely or it'll set a dangerous precedent that our government can be bought. https://t.co/HO6FbRT65N 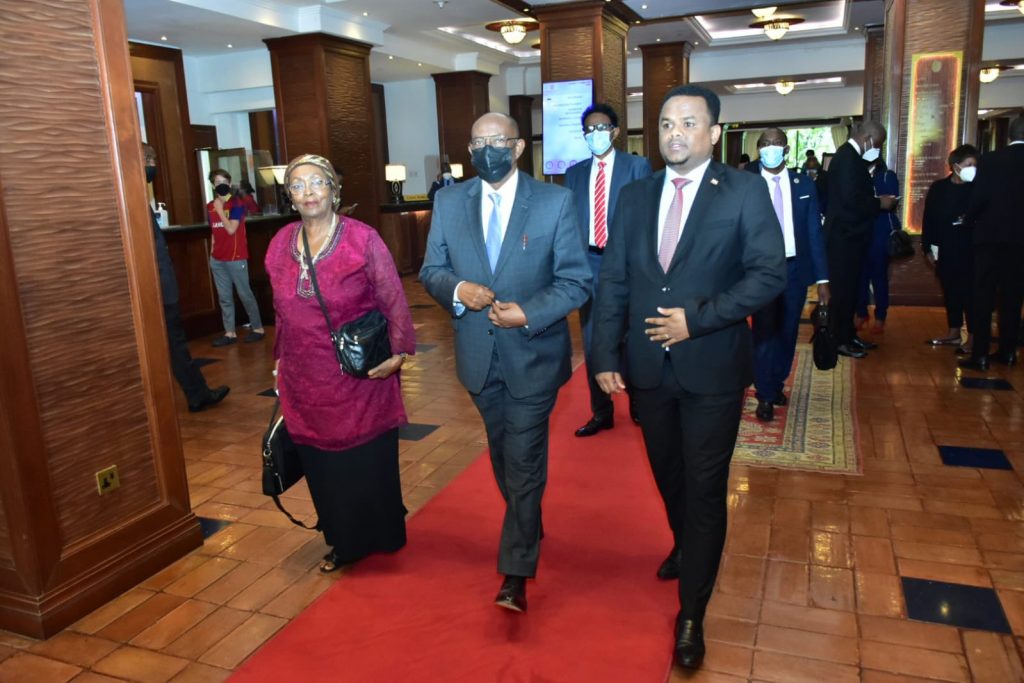 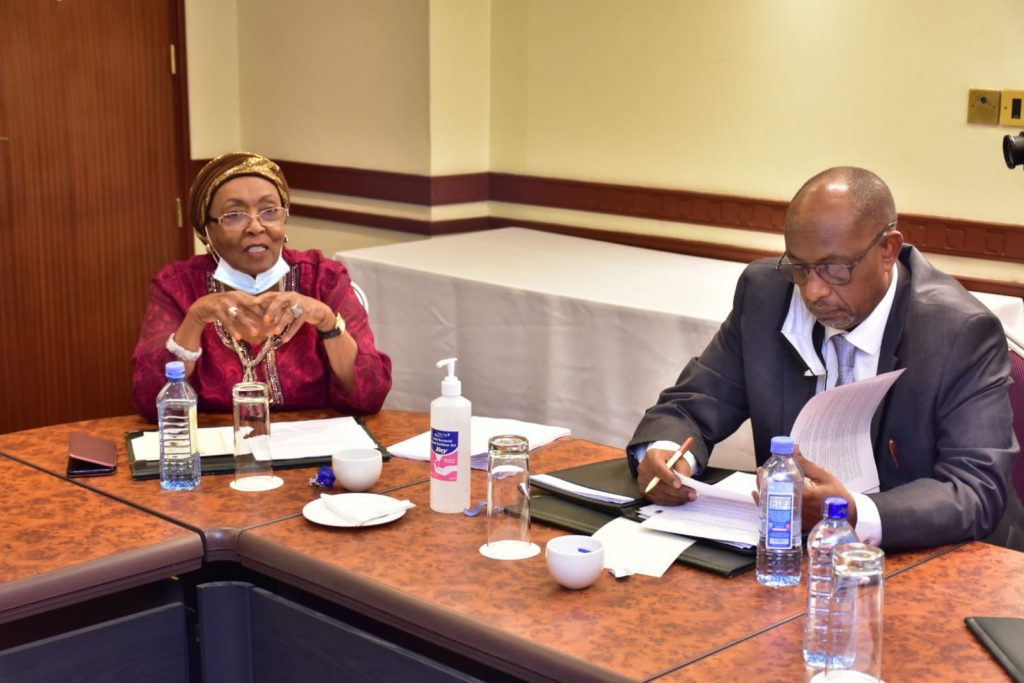 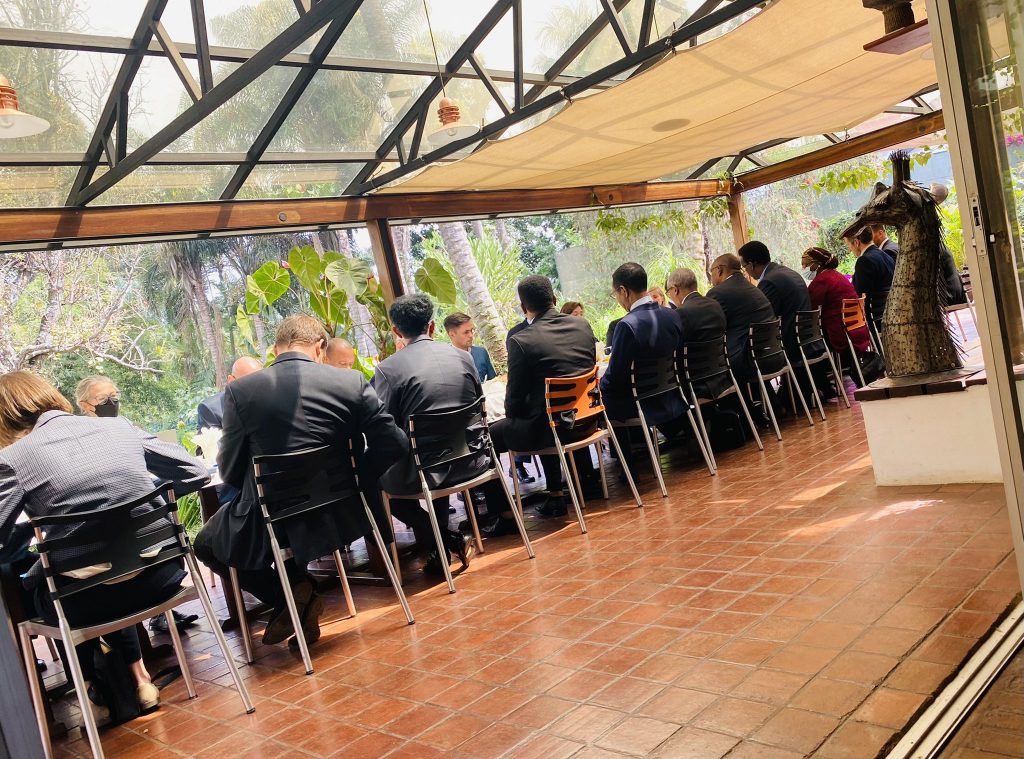 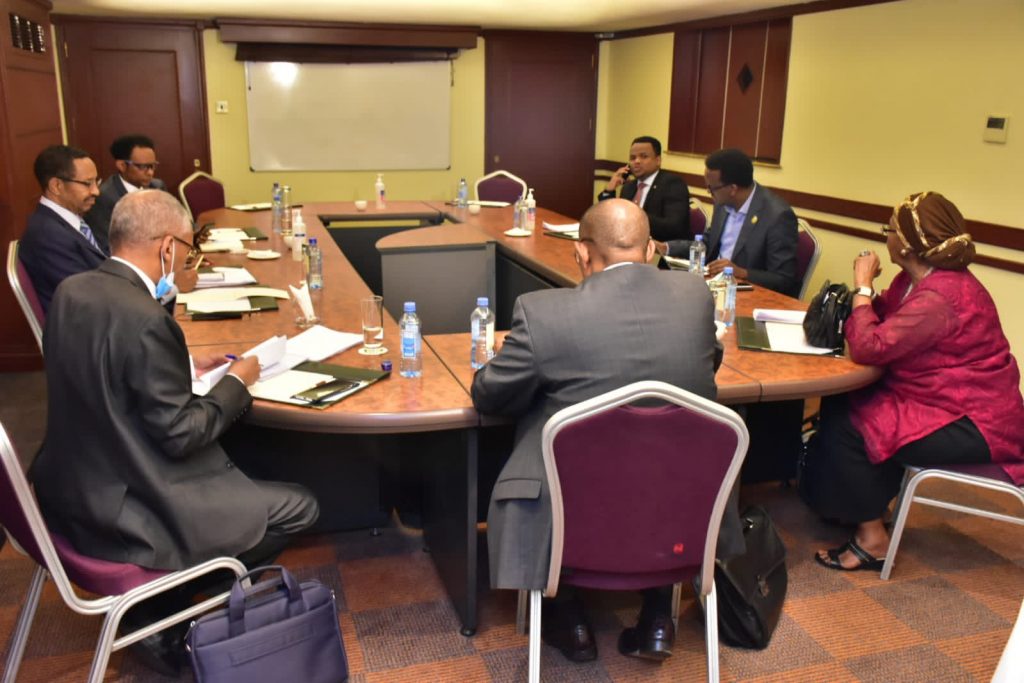