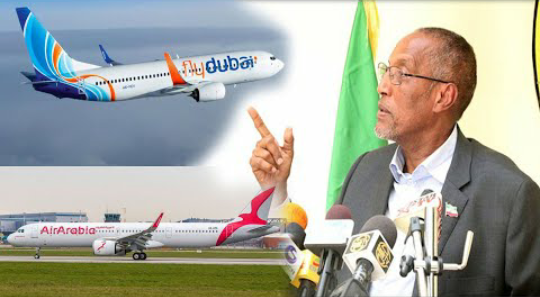 The UAE carrier, FlyDubai, has decided to stop flights to Hargeisa beginning from this Thursday, 28 October.

The carrier which has returned from a forced suspension that lasted the better part of 18 months stated it could no longer function under stringent orders curtailing its oerability on the Somaliland route.

the decision, according to reliable sources close to FlyDubai management, came after it was handed an order cutting off another day from its 3-day weekly flights to the capital of the Republic of Somaliland.

”The carrier applied for its winter schedule expecting that the government will – at the least – continue its afore-forced three-day flights. To the surprise of all, it, instead, cut off another day reducing the big carrier’s flights to the country to two days,” the sources said.

For reasons that were not adequately explained, the government appears to have put undue pressure on FlyDubai and its sister Emirates-owned flight carrier – Air Arabia, according to the sources. 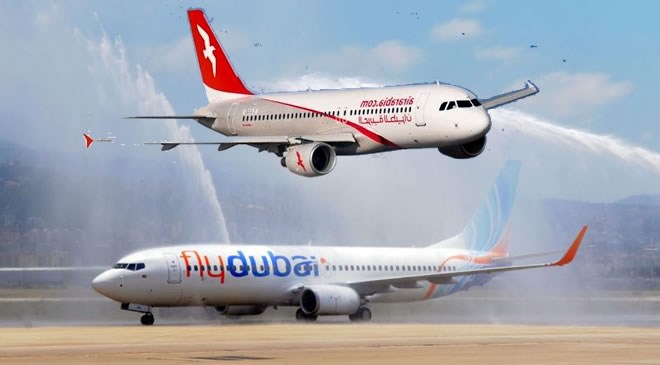 Along with Daallo Airlines, which did not want more than its two-day weekly flights, the government imposed the restrictions.

The only justification Aviation came up with was that winter passengers cannot divide among flight carriers as if that was a factor in free trade economies.

Contrasting this, the Somaliland aviation said nothing about the twice-a-day, 7-day flights of Ethiopian which gives it an uncontested free supremacy on Somaliland air trade.

The lift of the suspensions which neither of the two UAE carriers were to yet benefit from due to the limitation given to their flights even on earlier schedules, only served to highlight even more the widely-believed suspicion that the government was according an undeclared monopoly to Ethiopian airlines. Some went to the length that the espied monopolization of market in favour of Ethiopian was inspired by more worldly considerations.

@flyethiopian flies 14 times a week to Hargeisa. @flydubai were not allowed to have more than two a week

Sources have confirmed that the country management of Ethiopian Airlines in SL are close allies of @musebiihi pic.twitter.com/3Sx6gNLHNz

What is even more inexplicable in the matter is that both UAE carriers are much more inexpensive to travellers giving them a viable alternative to Ethiopian’s more exorbitant all-around ticket fares.

The renewed flight restrictiona coincides with a time Egal International airport is dozing in the sun without the bustle and the hustle of planes landing and taking off. EIA does not accommodate night flights, either.