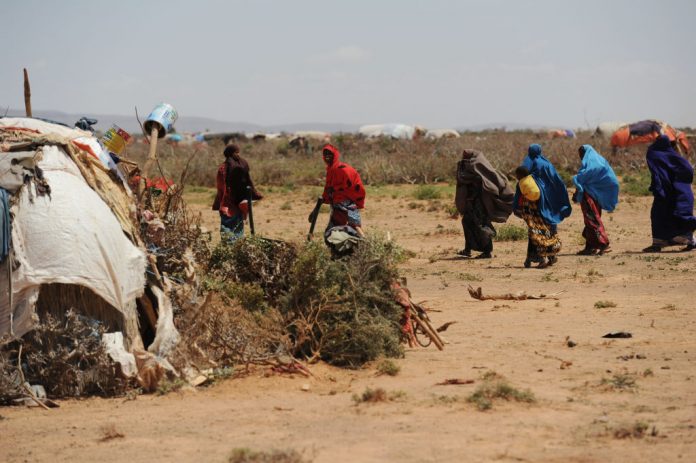 An estimated 7.7 million Somalis will require humanitarian assistance in 2022 as decades of conflict, recurrent climate shocks, disease outbreaks and increasing poverty are devastating the people, the United Nations has said.

The UN Office for the Coordination of Humanitarian Affairs (UNOCHA) said that Somalia has an estimated 2.9 million internally displaced people, one of the most in a single country in the world.

There is a serious risk that the combined impact of consecutive seasons of below-average to poor rainfall can develop into a major drought by early to mid-2022, the report said.

According to the UN, Somalia remains on the frontline of climate change, which continues to induce crises resulting in widespread displacement, rapid urbanization, food insecurity, and increased poverty.

Climate change, the report said, is also increasingly understood as a major driver of conflict in Somalia as the struggle for dwindling resources intensifies clan divisions and inter-clan conflict.

The UN forecast Somalia to experience its third consecutive season of below-average rainfall, which has already resulted in a sharp increase in food insecurity, especially in rural areas.

“Without humanitarian assistance, nearly 3.5 million are expected to face crisis or worse outcomes through the end of 2021,” the UNOCHA said, adding that large parts of Somalia remain prone to severe riverine and flash flooding.

Somalia has been among the countries hardest hit by the worst desert locust upsurge in decades that started in 2019.

UNOCHA said although infestation levels declined in 2021 as a result of intensive control operations and low rainfall, a risk to rural livelihoods across the country remains.

It said COVID-19 has also impacted the country’s fragile health systems, with a resurgence of cases and documented infections in the first quarter of 2021.

The lack of trained health workers, poor health infrastructure and a low development index have made Somalis vulnerable to outbreaks of other diseases as well, including cholera, measles, polio and acute watery diarrhea.

According to UNHCR projections, the total number of refugees and asylum-seekers will reach 30,800 in 2022, and there will be 132,117 refugee returnees.