SomTribune
Home Opinion/Analysis There Was Once Hamed 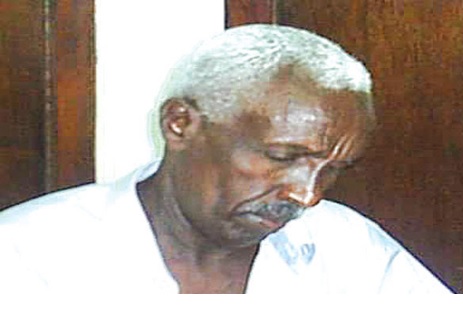 And it’s in cities we find the nearest examples of this scene or its lack of it.  For the city, with its places and times, is a concentrated  embodiment of all the connections between the picaresque of memory, through its third dimension – the human being. And Aden is one of those cities which the passing of time has etched upon it, for it, a history of its places and times, cherished memories that people carried in the deep folds of their awareness and presence, and in their registers of joys and sorrows.

But day after day, Aden loses diverse pieces due to the deepening ugliness in values and character, never mind the deterioration of its environment and architecture. And similarly, its memory fades away beyond imagination under the relentless attack on its history and geography in a way that was unthinkable to anyone, let alone a brilliant mind like Jamal Hamdan.

In a city called Aden, a city from the past unlike the one which bears the name today, there was once a man (sorry, I should say a good human being) called Hamed Jama; just Hamed Jama; simply Hamed Jama.

– Do you know, Hamed, that God loves Crater very much, perhaps because of you!

– He turned to me, with a sarcastic laugh forming in his lips: How is that, young chap?

– Because he combined Hamed Jama and Jama Hamed in one neighborhood!

He roared with laughter saying: No, no, no. These are your wonderful, wonderful gibes, O son of Abdulwarith!

– Believe me, my friend,   Crater is tasteless and odorless, except for few things, and you are one of the most pleasant among them.

And the Somali who during one distant evening emerged from the back door of paradise, but lost his way back to it, goes and distributes his laughter, his thoughts, his wit, his dreams, his memories, and his pains – punctuated by his right index finger- on all the atoms of air that pass in front of him and through them to all the alleys that divide Crater into many quarters. No one knows their features better than Hamed Jama, because and quite simply, they all start from and lead back to him.

Omar left him at the station and went away alone.

Al-Qirshi left him at the station and went away alone.

The ‘Doctor’ left him at the station and went away alone.

Were they the ones who left you and went on, Hamed, or were you overtaking them with your quick and successive steps?

Hamed remained, still searching—after their departures—for shades and shadows, yet he found nothing but delusion in everything, in people, in morals, in ideas, and in situations. And then Aden began to shrink. Crater began to shrink. But Hamed did not feel uneasy with the people and things in the city that he did not only like, love and adore , but was its embodiment.. as a person is to himself.

– Who do you think will leave the other first, Hamed, you or Saeed Awlaki?

– He is a tough Bedouin, my friend!

His laughter shot like lightning from Maydan to Zaffron and all the way to Qala’a, passing by the worshipers, the fishermen, the elderly, the blacksmiths, the retirees, the sellers of lemon, jasmine, perfume, and sweets; conveying peace and greetings to them from Hamed, and promising them a brighter tomorrow for the city that made a covenant with Hamed for stealthy delight at the last turn of Al Khusaf Quarter.  But he fled from it in a moment of exceptional delirium, to his last night in his final bed, leaving his right forefinger to guide everyone to where his ultimate journey would end, the cemetery gate!

Fifty years later, a young man who has no connection to Hamed’s city will come to write its history.

He will say many things inspired by the deconstructive approach of history, and will claim that this was cosmopolitan city throughout its long history.

And this young man – who claims to be a historian – will forget to write the most important sentence in the history book of Aden: “… Aden was a cosmopolitan city… in the days of Hamed Jama.”

This article, written by one of Hamed’s closest friends, is translated into English by the  well known Somali writer, poet and scholar Bashir Sh. Omer Goth.