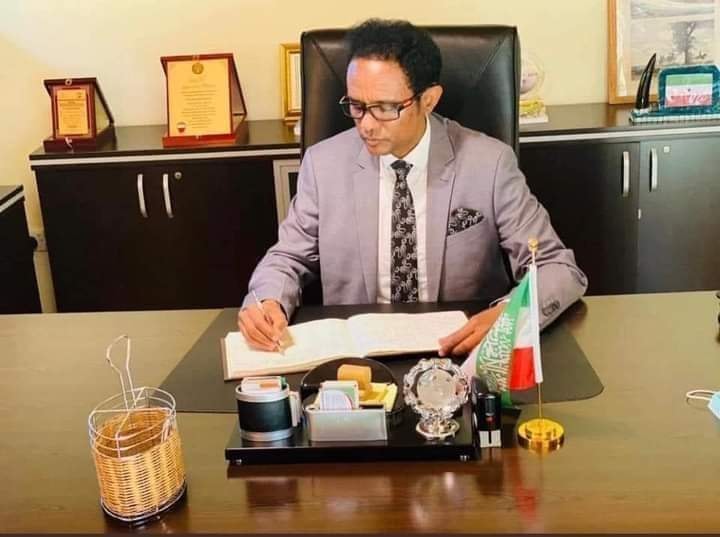 His Excellency the President of the Republic of Somaliland, Musa Bihi Abdi, appointed him to Head the Mission Sunday.

Dr Barawani was currently a lead advisor to the Minister of Foreign Affairs – a capacity which he also held before the ministry changed helm master.

The post has been vacated recently by another formidable diplomat, Ambassador Bashe Awil, who wrought wonders while he was leading the Mission in Nairobi.

Ambassador Bashe is credited to have secured the single most telling direct investment for the Republic of Somaliland through a multi-million development project with DP World. The partnership transformed the Red Sea port of Berbera into one of the most modern sea inlets complete with a free trade zone that is expected to become one of the busiest trade hubs in the continent once the construction of the four-carriageway Berbera Corridor to Ethiopia opens to business.

Bashe declined a vice-ministership he was appointed to recently after he was transferred without a replacement named leaving the Mission without its top diplomat for some time now.

Dr Barawani, a political analyst who prolifically wrote academic discourses on regional political and security dynamics has been widely hailed as the right diplomat for the right position.

Dr Barawani was the longest running executive director of the  Somaliland Non-state Actors Forum (SONSAF) before joining the Ministry of Foreign Affairs and International Cooperation.