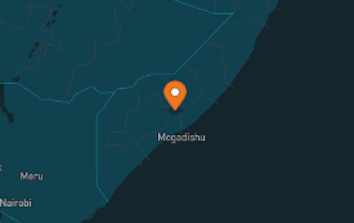 This week on The Horn, Alan talks to Crisis Group expert Omar Mahmood about the future of AMISOM, the African Union’s mission in Somalia, as its backers search for an exit strategy.

The African Union’s mission (AMISOM) has operated in Somalia for close to fifteen years. Initial military successes have led to a stalemate on the battlefield, as the military coalition of regional African troops has struggled to permanently dislodge jihadist insurgent group Al-Shabaab. Frustration is mounting, both in Somalia and abroad. The Somali government, led by Mohamed Abdullahi Mohamed “Farmajo”, has consistently called for an accelerated transition. International actors, saddled with the bulk of costs, are growing ever more wary of funding the mission without a clearer exit plan. Still, there are no easy options. Immediate withdrawal would almost certainly see Al-Shabaab make significant gains.

This week, Alan is joined by Crisis Group’s Senior Analyst for Somalia Omar Mahmood to discuss the beleaguered mission and the pressing need for reform. They talk through AMISOM’s mixed record, the possible consequences of a sudden withdrawal, the central and complicated roles played by Ethiopia and Kenya, Somali attitudes toward the mission and the bitter international disputes surrounding AMISOM’S funding. They also talk about the wider challenges facing Somalia and the missing political pieces preventing a smoother pullout by the African Union troops.