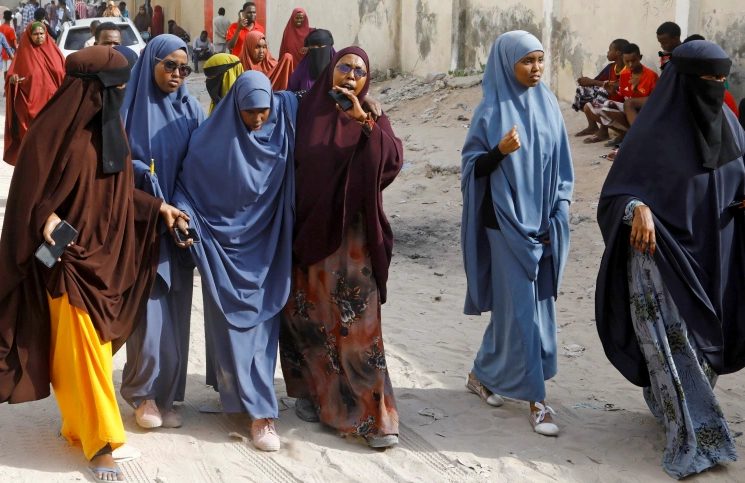 A local official says thousands of residents in Bosaso town have fled amid fighting between the two rival factions of security forces.

Clashes between two rival factions of the security forces in a port city in northeast Somalia have forced hundreds of families to flee their homes, says a local official.

The fighting has for several days rocked Bosaso, the commercial capital of the semi-autonomous state of Puntland in the country’s northeast, an AFP news agency report said on Saturday.

“Thousands of the residents in the Bosaso town fled … as sporadic fighting was going on in some parts of the town,” official Abdirizak Mohamed told AFP.

“Most people decided to leave their houses after the warring sides used heavy machine guns and mortars”, mostly from two of the town’s neighbourhoods, he said.

Mohamed said it was not clear exactly how many people had quit the town on the shores of the Gulf of Aden, but estimated it was “hundreds of families”.

On Thursday, the United Nations’ humanitarian agency OCHA said it was “extremely concerned” about the escalation in violence that had led thousands to flee in search of safety.

“With the fighting in Bosaso town continuing … more than half of the city’s population has reportedly been displaced from their homes,” OCHA representative for Somalia, Adam Abdelmoula, said in a statement.

He added that the fighting had also uprooted families already displaced by previous unrest.

“Some 40 percent of 70,000 internally displaced persons hosted in Bosaso town are also reported to have experienced secondary displacement,” Abdelmoula said.

Located on the northernmost tip of Somalia, Puntland is one of the restive Horn of Africa country’s five semi-autonomous states.