SomTribune
Home Economy/Business Wild Cat Trade: Why the Cheetah is Not Safe Just Yet 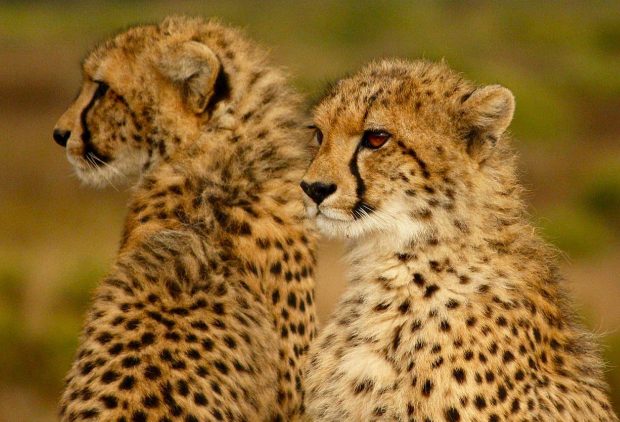 A recent article on the Emirati newspaper The National reports that, according to conservationists, “The increased enforcement by Somaliland in the Gulf [of Aden] and along known smuggling routes, plus the increased community awareness for poaching as a crime has led to a major decline in cub trafficking.” While this is a positive outlook, and all positive actions taken by governments in the affected countries are applauded, laws banning the trade and private ownership of exotic animals have had no impact as cheetahs (Acinonyx jubatus) and other exotic animals continue to be popular pets in households across the Gulf States.

Data collected by ourselves and fellow illegal wildlife trade researchers Guenther Wirth of Heritage Somaliland and Dan Stiles of the Global Initiative Against Transnational Organized Crime (GI-TOC) show that the cheetah trade has actively continued between East Africa/Horn of Africa and the Arabian Peninsula. Our findings indicate that international criminal syndicates based across Ethiopia, Djibouti, Puntland, Somaliland, Yemen, Saudi Arabia, Oman, and UAE have adapted their operations to avoid law enforcement action and have continued sourcing cheetah cubs from the wild for export, largely unimpeded. Reports of cubs being offered for sale to Gulf States nationals and residents are received nearly every week, as the evidence suggests.

Most cheetah cubs that enter the illegal pet trade in the Gulf States are captured in areas of East Africa and smuggled by boat across the Gulf of Aden into Yemen. Between 2019 and 2021, East Africa/Horn of Africa and the Arabian Peninsula regions accounted for 98% of all live cheetahs recorded in illegal trade incidents worldwide, with the total number of cheetahs having nearly doubled. Of these, less than 20% were confirmed as having survived.

On the other hand, information available from open sources regarding confiscations shows a decrease of 53% during the same 3-year period, as only 16% of all cheetahs in illegal trade recovered.

These numbers are quite concerning considering that wild cheetahs in the source areas of East Africa live in small and isolated populations. Any assertions about illegal wildlife trade must be carefully formulated to avoid lessening the significance of this trade. This is particularly relevant to actions by the Convention of International Trade in Endangered Flora and Fauna (CITES). In its last Conference of the Parties, and based on incomplete data, CITES determined that cheetah trade was limited and therefore agreed to delete important decisions adopted in previous years pertaining to enforcement and demand reduction. It is important that any reporting on illegal wildlife trade does not undermine global efforts to recognize it as a threat to cheetah populations in the wild, a significance which has been denied sufficient attention.

It is important to note that most confiscations took place in Somaliland, a major trafficking route due to its long coastline facing Yemen. Since 2011, this self-declared, autonomous region of Somalia, has played a key role in the fight against illegal wildlife trade. However, as a country with no international recognition, it lacks much-needed support to face not only wildlife trafficking, but the many other challenges it faces, including poverty and climate change. Similar issues are faced by Puntland in northern Somalia, the Somali region of Ethiopia, Djibouti and other trafficking routes into the Arabian Peninsula.

Unlike cheetahs, which enter the Arabian Peninsula by boat, many other species continue to enter the Gulf States unhindered, such as chimpanzees, orangutans, and gibbons. These animals inhabit further away places and are likely transported by air. There is an urgent need for stronger enforcement across borders, airports and ports, as well as for forceful and effective campaigns to promote demand reduction.

Exotic pets are considered a status symbol in the Gulf States. Owners and their visitors enjoy international popularity through photographs and videos of their exotic pets posted openly on their social media accounts, some of which reach millions of followers. As long as these posts are allowed on social media, and followers fail to understand that most of these pets were acquired illegally, the trend will not stop.

Only with extra concerted international collaboration efforts can a reduction in trade be achieved and the extinction of some of these species can be avoided.

Banner image of cheetahs by StockSnap via Pixabay.