The Republic of Somaliland has declared a state drought alert following the conclusion of surveys and studies the government had been conducting around the regions in recent months.

A ministerial committee and NADFOR – the national authority for drought preparedness and emergency responses – jointly announced, Thursday, that the country has now entered a nationwide emergency situation due to an encroaching drought that has spared none of the country’s regions.

The Committee, headed by Vice President Abdirahman Abdullahi Ismail ‘Zeyli’i’, said that not less than 810 000 families and their livestock are currently affected badly by the drought.

The committee stated that the impacted families were in urgent need of water and food supplies as many of the drinking and watering wells have either dried up or were in unenviable disrepair.

“The government has thus far rehabilitated 41 deep-bore wells and has, through NADFOR, started a food reserve plan to speedily respond to cries of succour,” VP Zeili’i said.

The Vice President added that the government his already committed US$3 million to the drought response effort.

The VP called on local business community, philanthropic institutions and individuals and on the United National and other regional and international bodies to take a closer look on the situation coordinating their efforts through the committee. 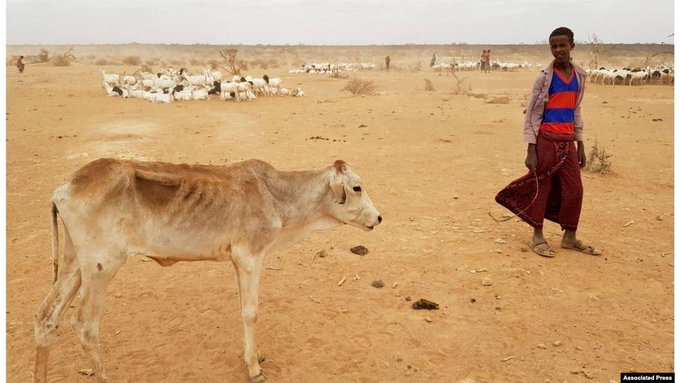 Other Somali-inhabited areas in the region such as Somalia and the Somali State of Ethiopia are also burdening under debilitating circumstances brought on by little rains, deforested woods and grazing lands and the vagaries of many more manmade follies exacerbating other factors linked with the fast-changing global-warming and climate.