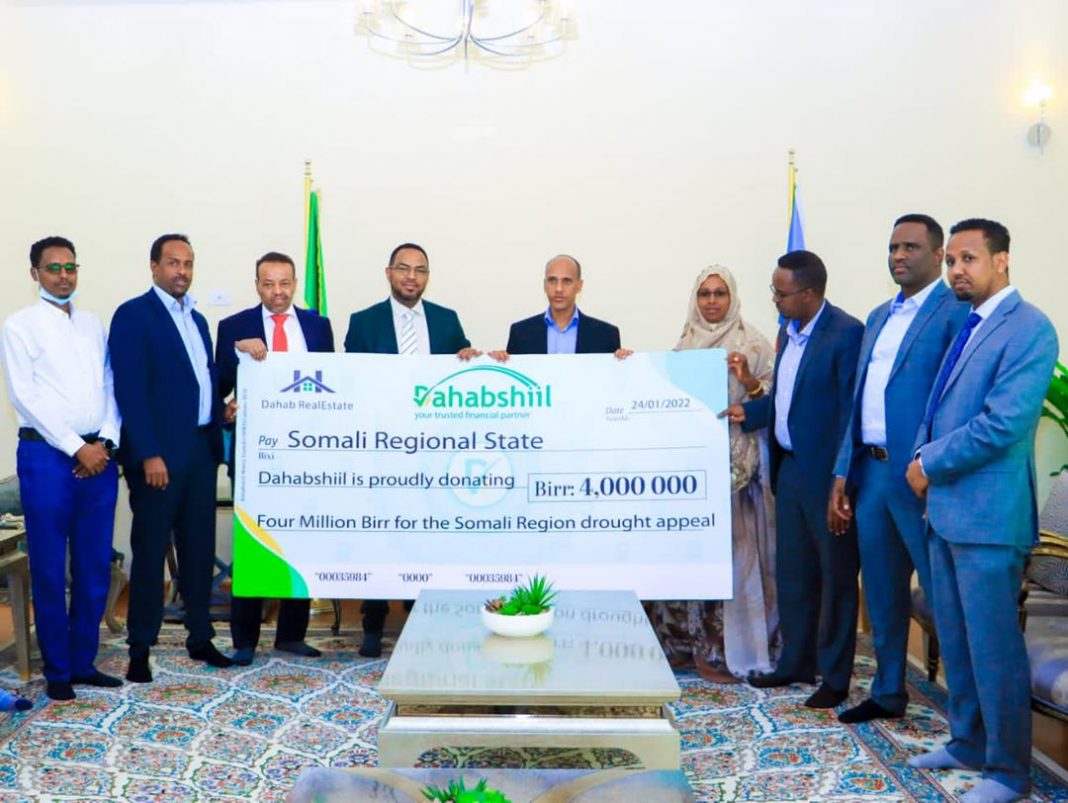 The President of Somali Regional Government, Mr. Mustafa Muhummed Omar, flanked by local officials including the Speaker of the House of Representatives, Ms. Ayaan Abdi, on Tuesday received at the Presidential Palace the officials of Dahabshiil group of companies.

The company has handed over 4 million birr donations to the authorities for drought relief efforts “in response to the government’s call for investors to be involved in the drought relief effort. “We believe we are late,” said Mohamed Abdi Samad, Dahabshiil’s General Manager.

Dahabshiil also plans to soon launch state-of-the-art housing in the capital, which will greatly contribute to the face-lifting of the city and reduce acute housing shortages.

The President thanked Dahabshiil for its assistance to the drought-stricken community and said that Somalis have always been self-help and assisted each other.

The president also said the government had made extensive preparations for the current drought, noting that the situation would have worsened if it had not been prepared.

Why Ukraine Is Not the Deadliest Conflict in the World Today

Phones Ring Again in the Tigray