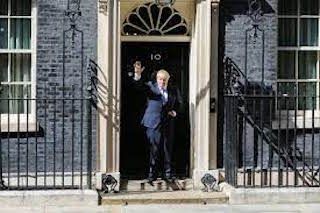 “Recognize Somaliland as an independent state,” the petition title read.

“…we formally want the UK government to formally recognize Somaliland as an independent state,” the text said.

A stock message in which the United Kingdom responded to the British signatures calling for UK support for the reinstatement of the full sovereignty of the people of Somaliland in par with other world nations, was a mere echo of that of one of its ministers barely three weeks ago.

At a time a number of fellow parliamentarians were holding a debate at the House of Commons to urge their government to revisit its obdurate policy towards Somalilanders’ right to claim their statehood once more, the Hon. Vicky Ford, MP for Chelmsford, Minister for Africa, Latin America & Caribbean, did not even wait for the debate to begin.

“Adjournment debate in @HouseofCommons underlines consistent UK government position on Somaliland status. It is for SL & Federal Gov of Somalia to decide their future. We continue to cooperate with Fed Gov of Somalia & SL on democracy, security & prosperity,” she tweeted a few hours before the debate even started pacifying a chagrined Somalia minister.

The Minister’s statement drew an apt rejoinder for the Hon. Gavin Williamson who led the House of Commons’ adjournment debate.

“This shows a complete lack of understanding of the political reality on the ground. It’s important for junior ministers to listen to Parliament as it is the role of Parliament to have a say on policy. Yesterday showed there is a broad consensus for UK Gov to recognise Somaliland,” he shot back at the time.

This time around, the response to the petition went a step further down the obduracy ladder.

The response totally reduced the impassioned plea for consideration to a condescending promise of an undefined pledge to support the development and to continue engaging with the ‘authorities’ in Hargeisa.

Confirming a long-suspected unimaginativeness and a loss of initiative on the part of successive United Kingdom governments since the reign of Margaret Thatcher which seemed to always unthinkingly endorse peer opinions, the Boris government only elaborated on Minister Ford’s earlier blunder.

The response granted Somalia superpowers and a say-so on Somaliland destiny in a bloc it was a member and Somaliland was not again – the African union.

“The UK – in line with the rest of the international community – does not recognize Somaliland as an independent state.

“The UK values the close and productive relationship it has with Somaliland. However, in line with the rest of the international community, we do not recognise it as an independent state. We firmly believe that it is for Somaliland and the Federal Government of Somalia to decide their future. Any new arrangements would need to be recognised by neighbours in the region and the African Union. The African Union is the pre-eminent regional body mandated to defend the sovereignty, territorial integrity and independence of its Member States, of which Somalia is one. The UK Government has long encouraged dialogue between the authorities in Mogadishu and Hargeisa on their future relationship, and we continue to do so,” the UK statement on the petition reiterated.

Showing a worse lack of judgment and grasp of the subject and the situation that inspired it, the Boris Johnson government went on a patronizing tone – a tone reserved for people holding out a begging bowl. It ticked off how much of the British taxpayers’ hard-earned money was being dished out to Somaliland.

“The UK is nevertheless proud to be a leading partner of Somaliland. We have supported and will continue to support, peace, stability and democracy in Somaliland and our co-operation with the authorities there is greatly valued. For a decade, we have been the only Western bilateral donor with a permanent diplomatic mission in Hargeisa. In addition, our Ambassador and officials based in the region make regular visits and engage at the highest levels. The UK further supports Somaliland through a network of development programmes that operate unhampered by the UK’s position on Somaliland recognition. UK assistance includes support for specific sectors such as education, revenue collection, security or justice institutions. Our Somali Girls’ Education Promotion Programme has reached over 13,000 girls in Somaliland to support their learning and transition from primary to secondary school. We also lead a £30 million multi-donor fund to support the delivery of the Somaliland National Development Plan; and we are providing targeted support to the Berbera Corridor which will help to unlock prosperity in the Horn of Africa. British International Investment (BII), the UK’s development finance body, has invested in Berbera Port as part of an initial £232m investment into three ports in Africa. This is part of wider partnership between BII and UAE’s DP World. Our existing £25m of investment in programmes in Berbera will drive economic growth, help build stability in the Horn of Africa, and present significant opportunities for UK business,” it said.

Then the response that authors at the Foreign and Commonwealth and Development Office decided to chart a new priority for Somalilanders ignoring the one right in front of their eyes – again condescendingly to promise ‘support’ that did not consider the one uppermost on all Somalilanders’ hearts and minds.

“We will continue to support the Hargeisa authorities, and the people of Somalilan 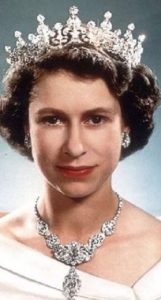 d, on their democratic journey. We will do this by investing in Somaliland in pursuit of trade and prosperity, by building security for all Somalilanders, and by supporting development and resilience to the impact of climate change,” the statement concluded.

““We were born free and we will stay free. We will run our business the way we want. China cannot dictate, no other country can dictate,” Dr Essa Kayd, the Foreign Minister of Somaliland, reflecting Somaliland resolve, recently told Reuters.

Her Majesty Queen Elizabeth II who signed the final independence of Somaliland is at Buckingham Palace, a stone’s throw away from 10 Downing Street.

Besides the Somaliland Country Profile, below is a reminder enough of a history lesson that should have been mandatory for all incoming UK governments.