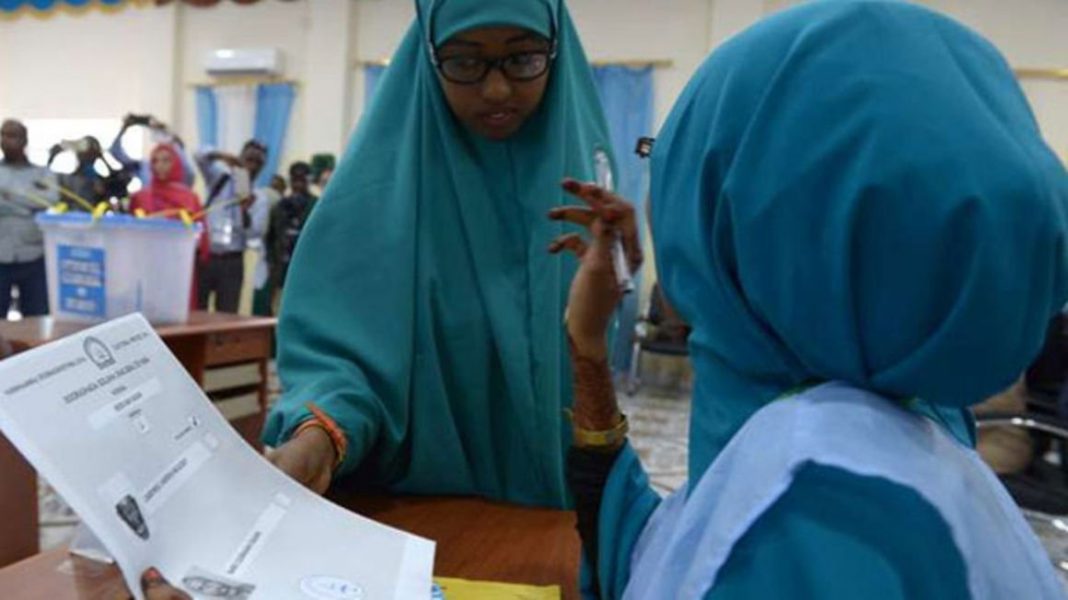 A Somali women’s lobby has criticised leaders of federal states for doing little to achieve the necessary gender quotas that would have seen more female legislators in the new Somalia parliament.

And Somali Women Association chairperson Batula Ahmed Gabale thinks women have failed to garner at least 30 percent of the seats because the regional presidents did not create opportunities.

She was speaking at an event in the capital Mogadishu of the Women Goodwill Ambassadors, a committee of prominent civil society activists committed to securing the women quota.

“In the ongoing Lower House election of 275 legislators, it was agreed that at least 30 percent of seats were supposed to be allocated for women,” she said on Tuesday. She stressed that the agreed outcome of having a woman MP in every three elected legislators was being abused.

She was referring to an agreement by the National Consultative Council (NCC) that each clan with three seats must allocate a slot for a woman.

The NCC is chaired by Prime Minister Mohamed Hussein Roble and includes the presidents of the five federal member states, namely Puntland, Galmudug, Hirshabelle, South West and Jubbaland, plus the Mayor of Mogadishu.

Ms Gabale expressed sorrow and disappointment that the target is likely to be missed.

“Up to now (Monday, March 7), 213 legislators out of the 275 members of the Lower House have been elected… It is lamentable that only 44 women have so far been elected, and the trend looks like we are not going to achieve the full 30 percent quota, equivalent to 82 women MPs in the Lower House.”

Ms Sharifo Addow, the spokesperson of the Goodwill Ambassadors, said only Somaliland had nearly met its quota.

“We praise the electoral teams and delegates representing Somaliland for electing 13 women MPs out of the 46 legislators they voted for,” Ms Addow remarked.

“The Somaliland delegates were supposed to elect 14 women MPs, but electing 13 is close to the mark and is good enough.”

The Somali women leaders and advocates have urged federal presidents to push for more women to be elected as MPs of the remaining 62 legislators yet to be voted for.

On the International Women’s Day, marked on Tuesday, the United Nations said Somali women’s tireless efforts and immense contributions to promoting peace, political stability and development in the country need to be recognised.

Mr James Swan, the UN Secretary-General’s Special Representative for Somalia, stated, “As Somalia prepares for a new government, there is an opportunity to advance gender equality and women’s political empowerment and leadership for sustainable peace and development.”

“It is important that their contributions are recognised together with their rightful place in leadership and decision-making in peace and political processes,” he added.