The Supreme Court agreed with the Attorney’s General Office, who argued the court has no jurisdiction to hear disputes in the indirect electoral process because the September 17 agreement had a framework to handle dispute resolution.

ed the September 17 agreement, which gave the Federal Elections Implementation Team (FEIT) legal authority to suspend or nullify parliamentary results where electoral fraud is believed to have occurred.

The Office of the Attorney General has said that only the National Consultative Assembly – the executor of the country’s parliamentary elections – can hear formal complaints related to the electoral procedure.

Fahad Yasin, Farmajo’s current national security advisor, was declared the winner of HOP086 on February 20, following an election in Beledweyne. FEIT immediately suspended the election results for being “misguided” and “flawed,” citing credibility issues with the electoral delegates and complaints from local elders.

FIET announced that the two seats annulled for irregularities will be re-contested at a later date.

The decision by the court comes as the organizing committees for the election of the Upper and Lower House speakers began the registration process for candidates on Tuesday.

Fahad Yasin’s legal challenge is the first case Somalia’s Supreme Court has heard in close to half a decade and the first case adjudicated by Bashe Yusuf Ahmed in his legal career. 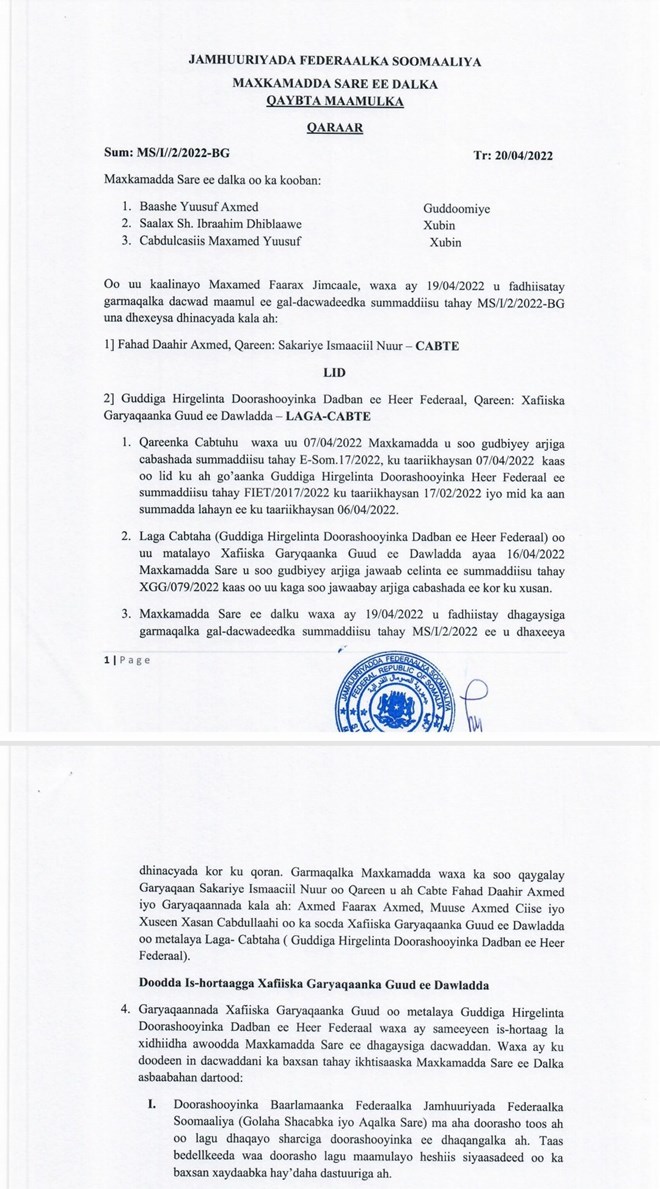 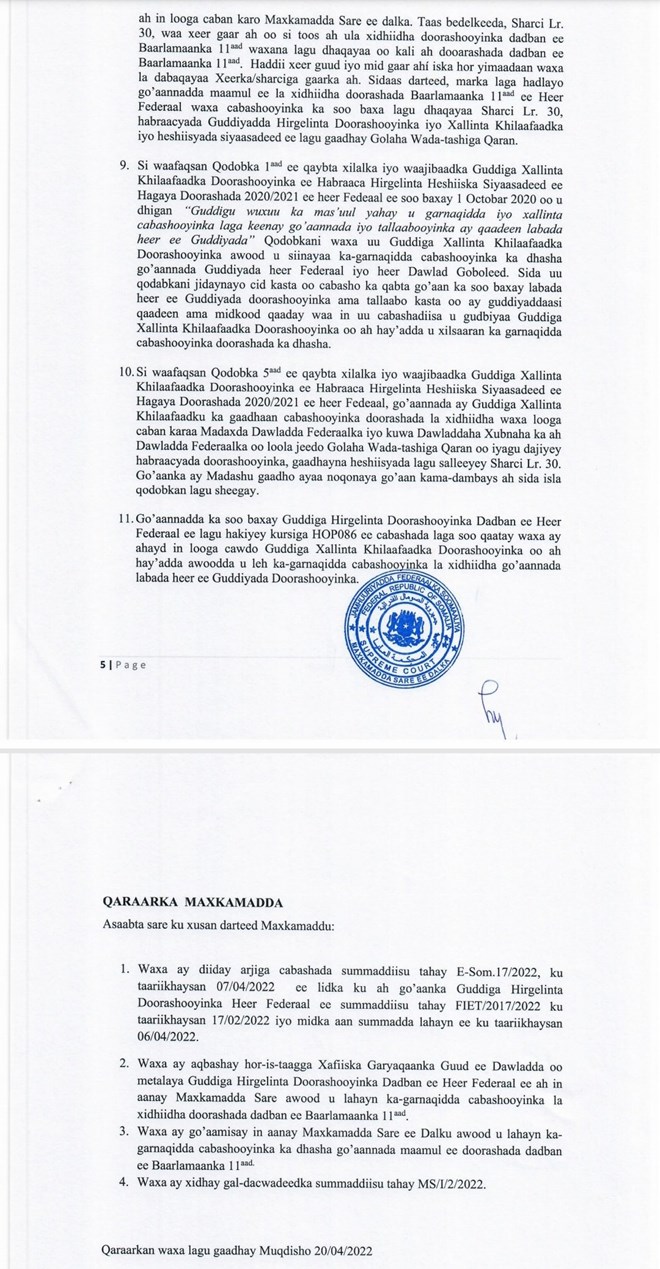