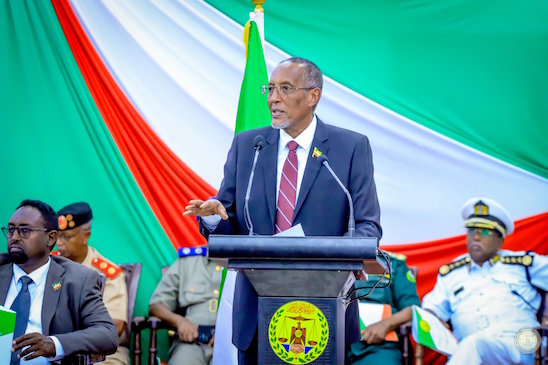 The President of the Republic of Somaliland, Musa Bihi Abdi, today, reiterated that slated elections for 2022 will be held on time without throwing in sequences as he did before on several occasions.

President Bihi, addressing a joint sitting of Somaliland’s bicameral parliament Monday, stated that his government was committed to holding the elections as has been widely called for and that – thus far – there are no discernible, inhibiting circumstances to force a postponement.

He said that Somaliland was ‘proud of its democracy and free and fair elections, and that requires the completion of its basic pillars’, one of which, he stated, was that ‘elections take place on time’.

“…it is necessary to complete the remaining elections such as the opening of political parties on time and the election of the President, in accordance with the laws and the Constitution of the country,” he said.

“As a government, we are committed to fulfilling our responsibilities in this year’s elections on time, and any challenges we face will be addressed in a legal manner and in consultation with the national institutions,” President Bihi added.

But, then, the President could not hold himself back from directly addressing opposition political parties, dragging them in for a bit of his abrasive tongue-lashing.

“Politics is like a game of chess. Therefore, I advise political parties and organizations to cleanly put their hands in the dust,” he said, likening politics to the Somali version of chess – the Shax – which is played on holes and small stones on the dusty ground. It is virtually impossible for a person to partake and yet keep his hands and fingers clean.

The analogy did not escape many. His point was that a winning politician did not look for spoon-feeding and that a participant must play fairly expecting both a win and a defeat at the outset.

“I hope that those who do not win will be able to dust off their fingers and accept their loss with grace,” he said.

President Bihi should have stopped there. Clean and wise. But p true to form – he did not.

“Elections do not require a whirlwind. Your insults do not lead to political victory. Threats are cowardly. Politics does not require false promises, uncertain political reflections and does not mean political victory,” he gunned down the aisles where sat MPs representing all three parties and most of his government attentively following his words full blast.

Threats were cowardly or so the President wished to heavily underline.

By this, it is understood that he was alluding to a barrage of threats ranging from boycotting the elections to declaring victories in regions they lead in votes and where they had strong support bases. Both Waddani and UCID made such caustic threats repeatedly.

Opposition parties were concerned, understandably, that the president was playing his version of political bullying and state intimidation against them.

President Bihi, in a clearly planned stratagem to wear their tolerance thin, previously announced that political associations had to run against each other so three national parties emerged to rule the scene for the next 10 years as is constitutionally mandated.

The presidential election was to be held on 13 November. The term of the current three political parties will run out at end of December.

If political associations were to run before the presidential was held, it would reduce Kulmiye – the ruling party, and the two opposition parties of UCID and WADDANI to the level of newly-registered associations.

Such a possibility made leaders of the opposition fly into indecorous tantrums on occasion.