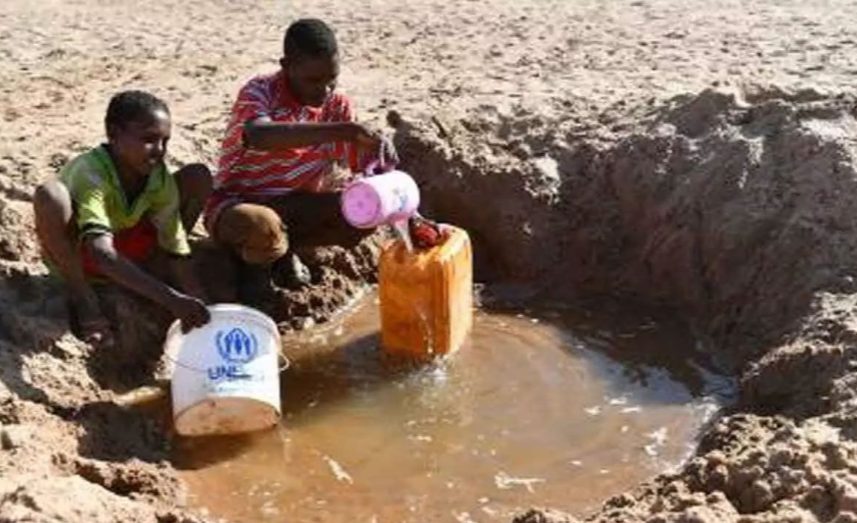 UN agencies have launched the minimum response package (MRP), a critical life-saving project that will address urgent needs of more than 100,000 people displaced by the escalating drought in Somalia.

Through the MRP, the World Food Programme (WFP), Unicef and the International Organization for Migration (IOM) and partners said the package will help them avert famine by addressing the most pressing needs of those displaced by severe drought.

“With Somalia on the brink of famine, we need to act now, and act together, to avert a humanitarian catastrophe,” El-Khidir Daloum, WFP Country Director for Somalia said in a joint statement issued in Mogadishu.

Daloum said the MRP opens new pathways for partner agencies to work together in an integrated response, collectively empowering some of the most vulnerable people to meet their essential needs, not only food and nutrition but also shelter, hygiene and water.

“This is a very important pilot that will pave the way to scale up multi-sectoral responses into the future,” the WFP official noted.

Some 7.1 million Somalis, close to 50 per cent of the population, are facing extreme hunger due to historic drought conditions.

Nearly 800,000 people have been forced to flee their homes since 2021 in search of food, water and pasture for their animals, the UN said.

UNICEF said at least 1.5 million children are facing acute malnutrition and over 3,170 have contracted cholera, while 2,460 measles cases have been reported since January.

“In a country where famine is happening ever more frequently, we as the partners of Somalia need to find ways to help the country prevent famine,” said Unicef Chief of Water and Sanitation Victor Kinyanjui.

He said the MRP has enabled UNICEF to provide lifesaving assistance to children and women affected by humanitarian crises in Baidoa and Benadir, working together with sister agencies IOM and WFP.

The humanitarian agencies have collectively reached over 2.8 million people between January and May with lifesaving and livelihood support.

IOM said it was extremely concerned about the hundreds of thousands of people who have been displaced due to the drought.

Frantz Celestin, IOM Somalia Chief of Mission, said the majority heavily depended on their animals and crops, and they have now lost everything.

The UN agencies said the assistance will be tailored to the needs of men, women and children and will include cash, water trucking, hygiene kits, shelter, nutrition programs and health care.

The MRP will also expand community level access to water, latrines, and health services through an area-based approach.

IOM, WFP, Unicef and aid partners said they will continue working together to prevent a humanitarian catastrophe and help communities adapt to future shocks.