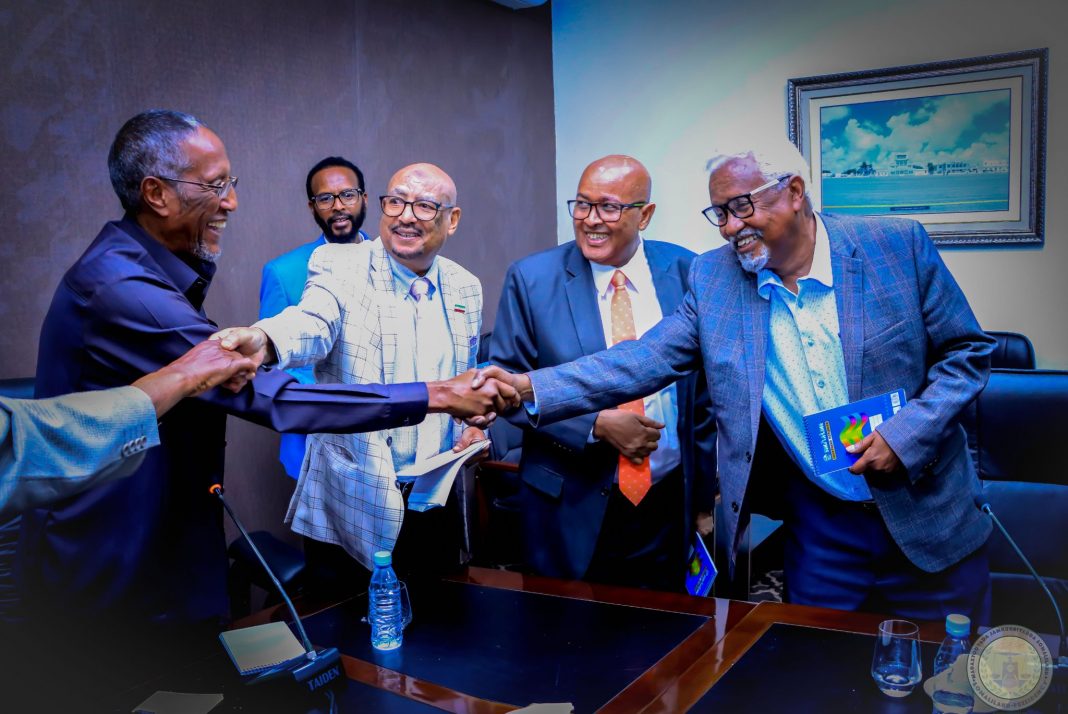 A voluntary mediation committee of, largely, traditional leaders, today, succeeded to bring together top leaders of the state and opposition parties in a bid to de-escalate acrimonious differences that polarized views of the two sides relating to when and how upcoming presidential and political associations elections were to be held.

At Sunday’s advance meeting held at the presidency, President Bihi and the two chairmen of, respectively, WADDANI and UCID, Hirsi Ali Haji Hassan and Faisal Ali Hussein, expressed commitment to a continuation of an open dialogue that will resume right after the Eid el Adha holidays round the corner. WADDANI presidential candidate – the founder of the party and the former speaker of the House of representatives, Abdirahman Mohamed Abdullahi ‘Irro’, along with the former Deputy Chairperson, Abdulkadir Jirdeh, also supplemented their full support to the initiative.

If the talks get off the ground, contentious issues such as the sequencing of the two slated elections and the composition of a full roster of the National Electoral Commission (NEC) can be ironed out smoothly.

It was only early last month that a fractious clash between opposition protesters and police units nearly overturned soft feathers balancing the scales of peace and stability in Somaliland which so made it stand out tall among regional states in the past three decades.

Somaliland wrenched back its sovereignty from a disastrous 30-year merger with Somalia in 1991. Since then it held eight 1person-1vote elections and ballotting exercises that included a referendum on its constitution (2001), three presidential elections, two parliamentary elections and two local councils elections. The latest of these was a double election that decided the sitting House of representatives MPs and local councils held on 31 May 2021.