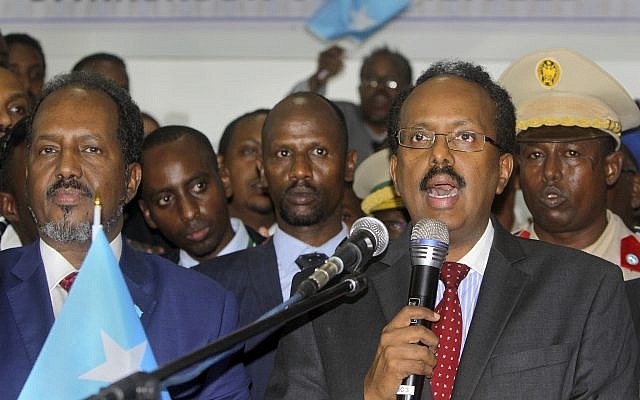 Somalia’s president held a secret meeting in early 2020 with then-prime minister Benjamin Netanyahu, a former diplomat with knowledge of the trips told The Times of Israel.

Mohamed Abdullahi Mohamed, popularly known by his nickname Farmaajo, flew to Jerusalem in February of that year with Balal Osman, Mohamed’s special envoy for Horn of Africa, Red Sea and Gulf of Aden, according to the diplomat.

The two leaders discussed the possibility of establishing ties between the countries. But those efforts were not supported by then-US president Donald Trump, who didn’t want to include Somalia in the regional effort that would come to be known as the Abraham Accords, said the diplomat.

“He didn’t want to deal with the country, he thought it was a ‘shithole country,’” the former diplomat said on Monday.

The official said that attacks on Trump by Democratic US Representative Ilhan Omar, a refugee from Somalia who moved to the US, turned the president off to the country.

The previous time that Netanyahu and Mohamed met was on November 28, 2017, on the sidelines of a well-publicized meeting between Netanyahu and Kenya’s President Uhuru Kenyatta in Nairobi, said the former diplomat. That sit-down with Mohamed took place at Netanyahu’s request. 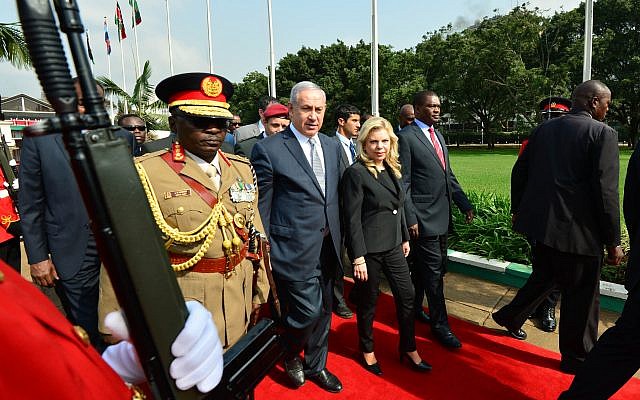 Spokespeople for Netanyahu did not respond to requests for comment.

According to the diplomat, Farmaajo also instructed Somalia’s ambassador to Switzerland, Faduma Abdullahi Mohamud, to abstain on a 2019 UN Human Rights Council vote condemning Israel over the Golan Heights. He wanted to test domestic and international reaction to the small, public show of support for Israel.

Mohamud was summoned home by Somalia’s Foreign Ministry after the vote. Farmaajo had no choice but to punish her after receiving both internal and external threats, said the former diplomat.

Israel does not have diplomatic relations with the East African nation, which has a population of some 11 million. Somalia, a mostly Sunni Muslim country and a member of the Arab League, has never recognized the State of Israel.

Still, there have been a series of unverified reports of warming ties between the two countries.

A spokesperson for Somalia’s president said on Saturday that the government is set to consult parliament on the possibility of establishing diplomatic relations with Israel, according to reports by Channel 12 news and the Kan public broadcaster that could not be independently verified.

Somali media reported last month that current President Hassan Sheikh Mohamud recently held contacts with Israeli officials while on a trip to the United Arab Emirates, even flying to Israel, according to one report. Those reports were denied. 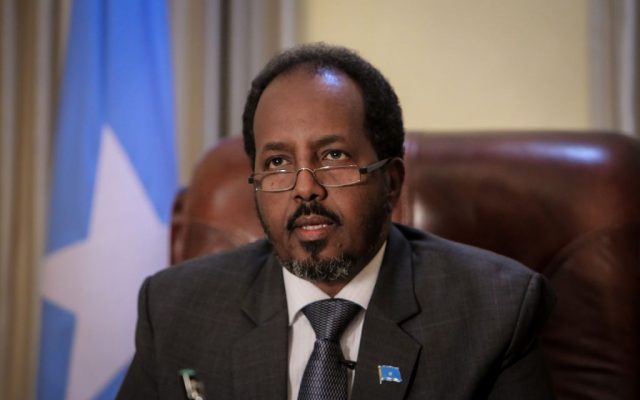 Mohamud secretly met with former prime minister Benjamin Netanyahu in Israel in 2016 while serving his first stint in office, which ended in 2017.

Upon his reelection to the job in May, a Somali diplomat close to Mohamud told The Times of Israel that his return to power was a positive development for a potential normalization process between Mogadishu and Jerusalem.

A lower-level meeting was held in Jerusalem in December 2015, involving representatives from the Economy Ministry and officials from Somalia, according to a senior official close to Mohamud.

The report on possible normalization with Somalia comes against a backdrop of flourishing official ties between Israel and some Arab countries, as well as a push by Israel to strengthen its ties in Africa.

In addition to developments with Somalia, Channel 12 reported that Muse Bihi Abdi, president of Somaliland, an autonomous, relatively stable region of the country, recently told US officials he was making overtures to Israel but without any response.

In May, Israel’s embassy in France organized a conference, inviting French and African journalists, diplomats, entrepreneurs, and artists to examine the future of Israeli cooperation with African countries and businesses.

Somaliland was represented at the conference by its defense minister.

The Abraham Accords, a joint peace declaration initially signed on September 15, 2020, officially normalized diplomatic relations between Israel and the United Arab Emirates and Bahrain. In December 2020, Morocco and Israel inked a normalization agreement, establishing full diplomatic relations. Then, in January 2021, Sudan signed on to the accords, symbolically declaring its intention to advance normalization with Israel.

The Times of Isreal