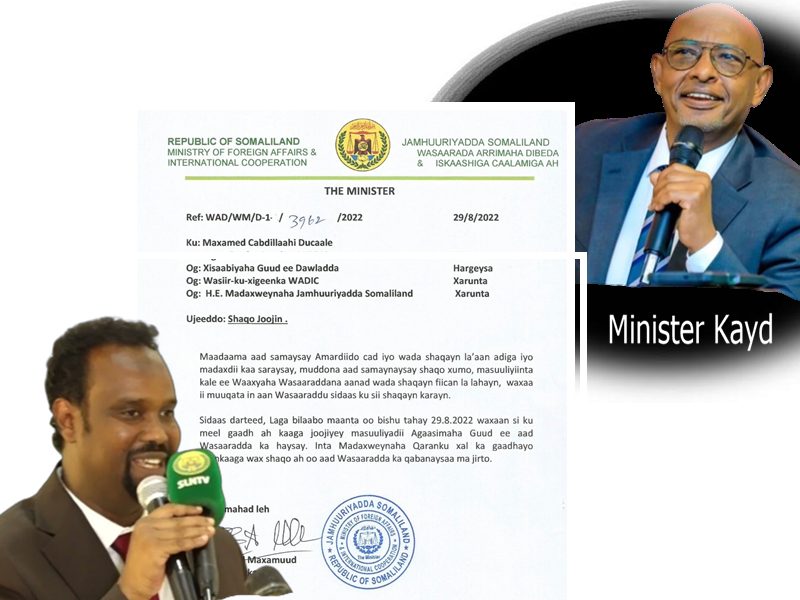 Had he the requisite authority, the Minister would have expelled him unhesitatingly reading the strong wording of the suspension letter he signed Monday.

“Since you have openly disregarded the directives of your superiors and have, also, shown gross dereliction of your responsibilities, compounded by equally poor relations with other officers of the ministry, it is clear that the ministry can no longer countenance such a behaviour,” Minister Kayd stated in his letter.

“Consequently, he added’ ” I am suspending you from active duty starting from today the 29th of August 2022, pending a presidential decision on your case”.

President Musa Bihi nominated both the Minister and the DG to their posts on a presidential decree.

Unofficial sources reveal that at the centre of the discord between the Minister and the DG were employment issues which processing and selection of the two did not exactly see eye to eye.