SomTribune
Home Sports The Champions League Is Back… 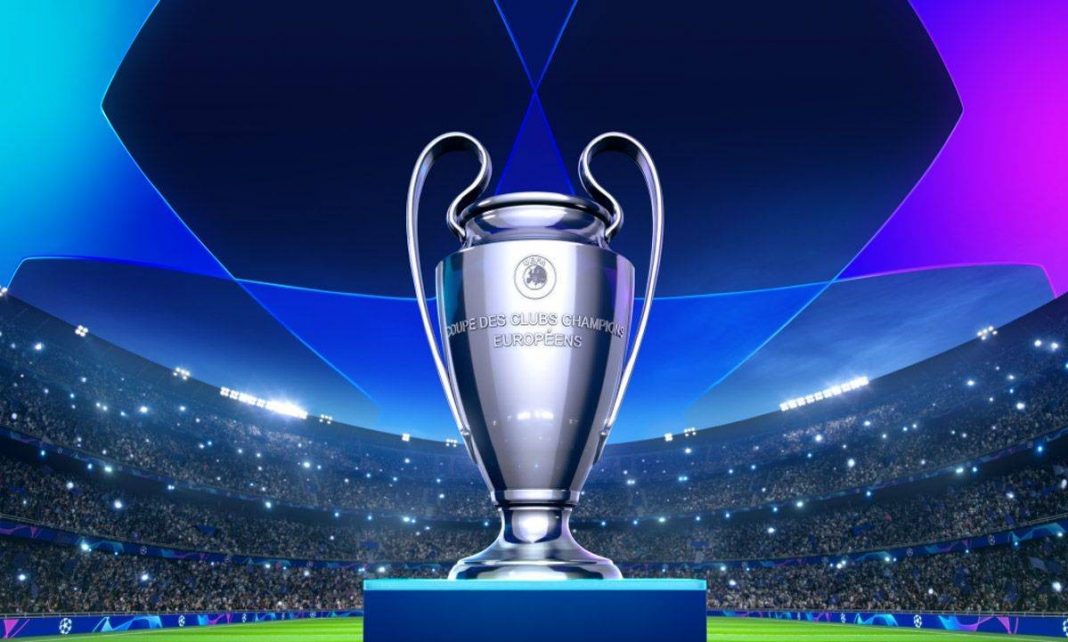 A little more than three months have passed since Real Madrid beat Liverpool in Paris to win their 14th Champions League title, and it’s already time to start it all again.

Last season’s two finalists will be looking to make it all the way to Istanbul for the final, while Eintracht Frankfurt – finalists in the old European Cup more than half a century ago – will enter the competition for the first time since it took on the Champions League name. There are also plenty of intriguing match-ups, including chances for revenge and elite players facing their former employers.

It’s also a much tighter schedule thanks to the World Cup, with the entire group stage taking less than two months from start to finish. Ahead of the first group games in Tuesday and Wednesday, Mirror Football has looked at some of the players with interesting stories ahead of matchday one.

For a chunk of the summer, it looked as though Alessandro Bastoni was Premier League bound. The Italian centre-back was linked with Chelsea as they looked to replace Antonio Rudiger and Andreas Christensen, while there was also talk of a reunion with former Inter Milan boss Antonio Conte at Tottenham.

Instead, the 23-year-old stayed at the San Siro while Spurs loaned Clement Lenglet and Chelsea spent big on Wesley Fofana. As Bastoni prepares to face Barcelona and Bayern Munich this autumn, the English clubs could get a real idea of what they have missed out on.

“The fact that Jude Bellingham wore the captain’s armband towards the end of the game is a sign. He will be our new third captain,” Borussia Dortmund manager Edin Terzic said in pre-season. It is a big show of faith in a player who only turned 19 in May but has already shown his quality.

Which player are you most excited to watch? Have your say in the comments section

Dortmund disappointed in Europe under Marco Rose last season, failing to secure a top two finish in their group. With games against his England colleagues in the Manchester City team – as well as tests against Sevilla and FC Copenhagen – Bellingham has a chance to show how far he has come.

Former Ajax manager Erik ten Hag took a number of familiar faces with him to Old Trafford during the transfer window, and Brian Brobbey could easily have been one of them. Instead, though, the Dutch striker opted to return to Amsterdam after a spell in Germany with RB Leipzig.

After scoring on his Ajax debut as a teenager, Brobbey failed to find the net in the Bundesliga but found his touch again on loan at the Johan Cruijff ArenA. Still just 20, he has the task of replacing Sebastien Haller’s goals as his team faces a tough group containing Liverpool, Napoli and Rangers.

A full decade ago, Mario Gotze enjoyed a breakout season in the Champions League. The German playmaker helped Jurgen Klopp’s Borussia Dortmund reach the final, only to miss out on that game through injury.

The years in between haven’t been especially kind to the World Cup winner, with injuries and health issues playing a part. Now, though, a return to form at PSV Eindhoven last term has earned him another crack at Europe with Eintracht Frankfurt, and he’ll want to demonstrate what he can do.

When Callum Hudson-Odoi opted against a Bayern Munich move in 2019 to sign a bumper contract with Chelsea, he is unlikely to have expected things to pan out the way they have. However, after struggling for minutes under Thomas Tuchel, the winger has decided now is the time to move to Germany, even if only for a year.

The 21-year-old has joined Bayer Leverkusen on loan, notching an assist from the bench on his Bundesliga debut. With Porto, Atletico Madrid and Club Brugge on the horizon, he has a chance to turn his excitement at the move into big results on the pitch.

Back in the 2020-21 season, Moise Kean was part of the Paris Saint-German side which blew Barcelona away at Camp Nou. A 17-goal season wasn’t enough to tempt PSG to move for him permanently, though, and now he’s got a chance to show them what they missed.

Kean is beginning a second season on loan at Juventus, having left the Italian side for current parent club Everton in 2019. The Bianconeri fell flat last term as they were knocked out by Villarreal, and their young striker will want to make an impact alongside big-money January recruit Dusan Vlahovic.

Back in January 2016, Ryan Kent started for Liverpool against Exeter City in the FA Cup. It would be his only competitive appearance under Jurgen Klopp, with the forward going on a succession of loans in subsequent seasons before leaving Anfield permanently in 2019.

The move has certainly worked out for the Englishman, who won a league title with Rangers in 2021 and helped them reach last season’s Europa League final. Now he has the chance to give his old employers a reminder of what they let go.

Plenty of players will be using the Champions League as a World Cup audition, but Cyle Larin will feel his place is safe. No player who qualified for Qatar 2022 scored more along the way than the Canadian’s 13, and he’ll be looking forward to games against Belgium, Morocco and Croatia.

Before then, though, there’s a challenging European group with his new side Club Brugge, who he joined from Besiktas over the summer. The Belgian side have never made it out of a Champions League group, and matches against Porto, Atleti and Leverkusen mean it’ll be tough once again.

Before Chelsea made their last-gasp move for Pierre-Emerick Aubameyang, Rafael Leao was among their targets. The Blues were priced out of a move for the AC Milan forward, though, and now he can rub salt into the wound in the group stage.

The Portuguese forward, who turned 23 over the summer, is coming off a match-winning double in the Milan derby over the weekend. Chelsea already know plenty about his strike partner Olivier Giroud, but Leao could well be the one taking centre-stage in Europe.

Giroud isn’t the only striker preparing to take on a former club. And the war of words between Bayern Munich and Barcelona means Lewandowski’s return to Bavaria could be a very spicy one.

While we can’t predict what might happen in the build-up, the Polish striker has shown what he can do on the pitch during the near-decade he spent at Bayern before his summer move. And five goals in four games for Barca suggest he’s in no mood to slow down ahead of the September 13 match-up.

Nuno Tavares has not one but two side-plots to his group stage task with Marseille. One will come in October with a double-header against Sporting CP, the team he left as a 13-year-old before making his professional debut with rivals Benfica.

The on-loan defender will also have a keen eye on the first gameweek, though. A year at Arsenal has taught him plenty about the rivalry with Tottenham Hotspur, and he will be one of several current or former Gunners looking to endear themselves to the north London club by getting the better of Spurs at Stade Velodrome.

Back in 2020, a heavily depleted Shakhtar side stunned Real Madrid in Spain with a 3-2 group stage win. That victory owed a lot to goalkeeper Anatoliy Trubin, then 19 years old, who was making a name for himself in his first ever Champions League appearance.

Things were tougher against the same opponents last year, with seven goals conceded by the stopper across two defeats. Things have been difficult for Shakhtar off the pitch in 202 2 – as has been the case with a number of Ukrainian sides – but some will be keen for the distraction offered by Champions League football, with the reigning champions on the menu for Trubin and his teammates once more.