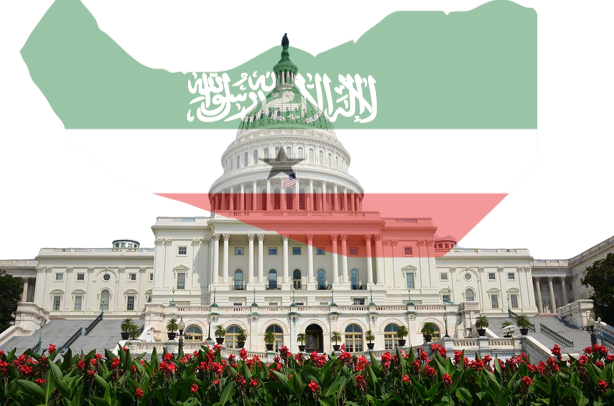 Congress is currently seeking to reconcile House and Senate versions of the National Defense Authorization Act (NDAA) prior to sending it to President Joe Biden for signature. For the first time, the tiny unrecognized nation of Somaliland is on the agenda. It is long past time.

In recent years, Somaliland has garnered American attention for all the right reasons. The country defied China to recognize Taiwan in a statement by which Somaliland leaders meant to convey Somaliland’s embrace of principle over the convenience of Chinese cash. As democracy retreats on the continent, Somaliland stands apart. It utilizes biometric iris scans to secure democratic elections. Despite fears that Somaliland’s current leadership would delay polls, the country appears committed to holding presidential elections in the coming year. Somaliland has also managed to avoid the scourge of dysfunctional corruption, war, and terrorism that afflicts its neighbors. It is willing both to join the Abraham Accords and to provide the United States access to Berbera’s deep-water port and newly renovated airport, a position increasingly crucial as China solidifies its position in Djibouti to the point where it could force the closure of the U.S. base there.

Unfortunately, the Biden administration and State Department are pressuring Congressional Democrats to water down the Somaliland provisions in order to pursue better relations with Somalia. Congress should ignore their push. If insanity is taking the same action repeatedly but expecting different results each time, then the State Department is bonkers. For decades, successive administrations, both Republican and Democrat, have sought to channel money through a centralized Somalia government in order to enable Somalia’s president to consolidate control. During the Reagan administration, that meant supporting Siad Barre, a leader whose dictatorial ambitions and genocidal instincts drove Somalia off the precipice into state failure.

Under President Barack Obama, the United States poured billions of dollars into reconstructing Somalia. Much of this occurred during the Somali administration of Hassan Sheikh Mohamud, the current Somali president who previously served a term between 2012 and 2017. The result was billions of dollars missing and Transparency International ranking Somalia as the world’s most corrupt country.

Donald Trump appointed Ambassador Donald Yamamoto, the acting assistant secretary of State for African Affairs, to be ambassador to Somalia. It was a disaster. Within the State Department, Yamamoto had a reputation for cozying up to leaders regardless of their behavior, confusing smooth personal relations with advancement of U.S. interests. Somalis play such men for fools. Terrorism exploded as President Mohamed Farmajo used U.S. security assistance to target political opponents, while his intelligence chief Fahad Yasin cultivated close ties to Al Shabab terrorists. Farmajo also sought closer ties with Ethiopia and Eritrea, going so far as to allow Ethiopian Prime Minister Abiy Ahmed and Eritrean dictator Isaias Afwerki to impress Somali troops into their genocidal campaign against Tigray. Larry André, Jr., the current U.S. ambassador, has doubled down on Yamamoto’s policy, refusing to step foot in the state except briefly when forced to meet the U.S. AFRICOM commander in Berbera.  Together, Yamamoto and André represent rogue trader Nick Leeson’s school of diplomacy, doubling down on bad bets to the point of bankruptcy.

The hostility to Somaliland shown by Yamamoto and, more recently, André is bizarre given Somalia’s record. Despite billions of dollars dispensed to support Somali elections, Somalia has yet to hold one-man, one-vote elections. Instead, a self-selected group of less than 350 clan elders and prominent officials met to select a new president. On May 15, 2022, they returned Hassan Sheikh Mohamud to Villa Somalia.

When House Speaker Nancy Pelosi traveled to Taiwan, Hassan Sheikh Mohamud’s administration could have remained silent but instead chose to side with Beijing. That some in Congress would defer to him under such circumstances suggests strategic confusion.

Somalia has hired Van Batten-Montague-York, L.C. to lobby within Congress that recognizing Somaliland would lead to instability in the region. This is nonsense for several reasons: The United States and all permanent members of the UN Security Council recognized Somaliland’s independence in 1960 prior to its decision to enter into an ill-fated union with the former Italian Somaliland to form Somalia. Treaty relations more than a century old define its borders. Somaliland has been de facto independent since 1991, meaning it has existed as its own entity longer than it was part of Somalia. Somaliland has also shown greater capacity, contained corruption, and managed to create peace and security in a way no Somalia state (with the exception of portions of Puntland) have.

Somali nationalists may deny such facts, but they need look no further than Somalia’s own lobbyist to hear them. In 2021, prior to winning the Somalia contract, Van Batten-Montague-York, L.C. approached Somaliland. Its proposal called Somaliland “Africa’s most promising state.” “A stable democracy, Somaliland contrasts dramatically with Somalia, which perpetually teeters on the brink of state failure,” the firm continued. That it now makes the opposite arguments suggests a lack of sincerity that should raise eyebrows.

The simple facts are these:

Congress should neither forfeit its prerogative to make policy nor defer to State Department inertia.

-Washington should not subordinate its national security to Mogadishu.

-It should not be the position of the United States government to throw democracies and allies under the bus. The United States should support those who support it; not those who demand American subsidies but repeatedly cast their lot with Beijing.

-It is time for a wholesale review of U.S. Somaliland policy, especially given the desire of the Pentagon, intelligence community, State Department Africa Bureau alumni, Somalia’s own lobbyists, and many in Congress to establish ties.

-For the Congress to dilute Somaliland provisions within the NDAA, in contrast, is to enable the State Department to cover up decades of policy failure. Oversight requires recognizing mistakes and recalibrating policy in favor of freedom.