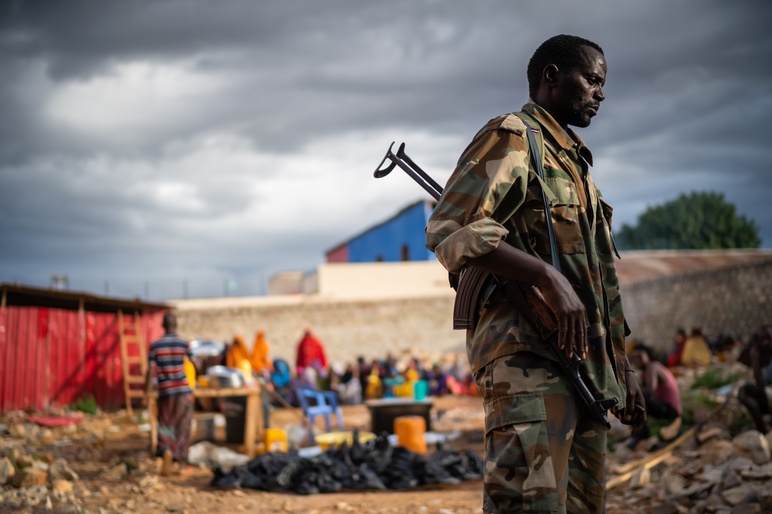 The new Somali government faces major challenges when it comes to human rights. Gender-based and State violence are endemic. The Somali security forces regularly use torture against suspects. Despite ratifying the Convention against Torture in 1990, Somalia has not implemented any of its recommendations, due to a prolonged armed conflict which caused the State to collapse. The country is still fragmented in territories controlled by clans and terrorist groups, which regularly use torture against civilians. It is now time for the Somali State to step up its fight against torture.

Somalia’s Constitution prohibits all forms of violence, torture, or inhumane treatment. Unfortunately, the Somali Penal Code neither includes a definition of torture, nor criminalises it.

In the absence of a specific legislation, torture has remained rampant and unpunished. The Somali security forces, -and police are the main perpetrators. They use torture as a form of intimidation or as a way to obtain confessions. Somalia is still fragmented and controlled by clan-based militias, including the well-known Al Shabab terrorist group, who torture civilians living under their control.

But inhumane treatment also happens within communities and families. There has been an increase in cases of rape, sexual harassment, domestic violence, early and forced marriage and female genital mutilation in the country. In 2020, Somalia had the highest rate of female genital mutilation in the world. A whopping 99.2% of women aged 15 to 49 have been the victims of these intolerable practice.

The World Organisation Against Torture (OMCT) and its partners, the Coalition of Somalia Human Rights Defenders (CSHRDs) and Horn Afrik News Agency for Human Rights (HANAHR) urge Somalia to increase its efforts to comply with international human rights law and protect civilians against torture and inhumane treatment.

Read the full OMCT report to the UN Committee against Torture