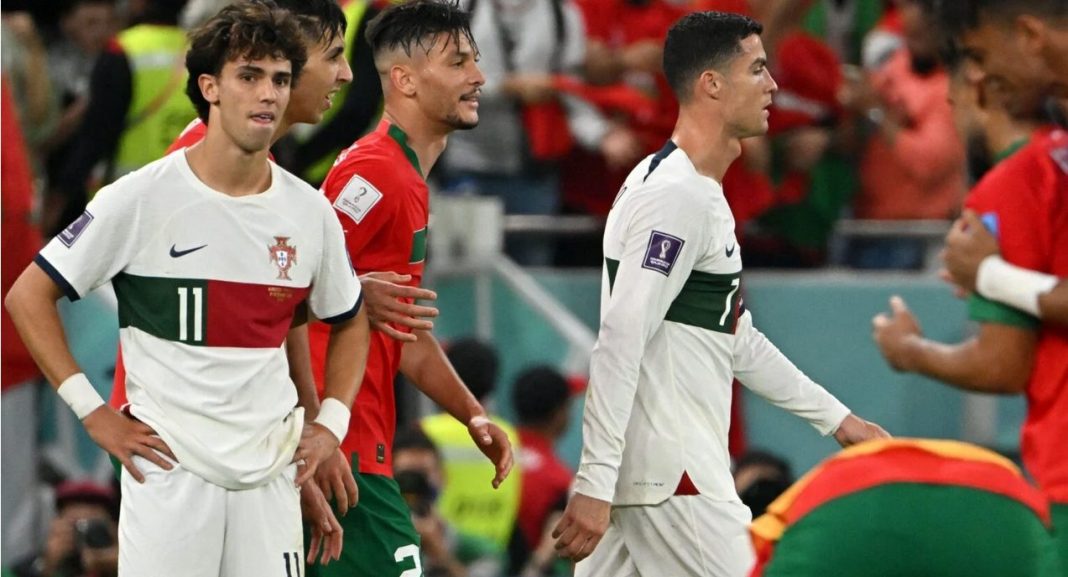 Morocco became the first African nation to make it to the semi-finals of the FIFA World Cup and Cristiano Ronaldo was not happy about it, mostly because it was at his expense.

At the age of 37, Ronaldo knew the 2022 World Cup was likely to be his last, so he was understandably dejected after Portugal ended up on the losing end of Saturday’s quarter-final matchup.

Youssef En-Nesyri scored the crucial goal for the Moroccan contingent, making history for his country as they did what Cameroon (1990), Senegal (2002), and Ghana (2010) failed to do as the only other three African nations to qualify for the quarters of said tournament.

Portugal, meanwhile, was eliminated from that stage of the competition for the first time in their history, having progressed to the semis after their previous pair of appearances in the quarter-finals (1966 and 2006).

Ronaldo did not accept his defeat with grace and left the pitch without acknowledging or congratulating any of the Moroccan players. He was also seen crying on his way to the locker room.

Fans did not appreciate the unsportsmanlike exit and have been ripping into the forward on Twitter.

Hahahahahahahahaha spoilt brat , not even shaking the other players hands , running down the tunnel to have a good cry . Bye bye Ronaldo 🙂 pic.twitter.com/M0ryb3VzVh

Ronaldo straight down the tunnel in tears instead of congratulating and shaking the hands of the Morocco players. Classless as ever.

The difference between Ronaldo and Messi. Messi loses, wouldn’t walk off without shaking hands with the opposition. Ronaldo, selfish,undignified.Messi all day for me.

Ronaldo is Having an Un-Ronaldo-Like Year

Ronaldo is having the worst year of his career. His return to Manchester United hasn’t worked out quite as planned and he has since severed ties with the club within which he made his name and built his brand.

It appears the coaching decisions that saw him often benched at Man Utd followed him to the World Cup as he was consigned to the substitutes dugout during the competition as well.