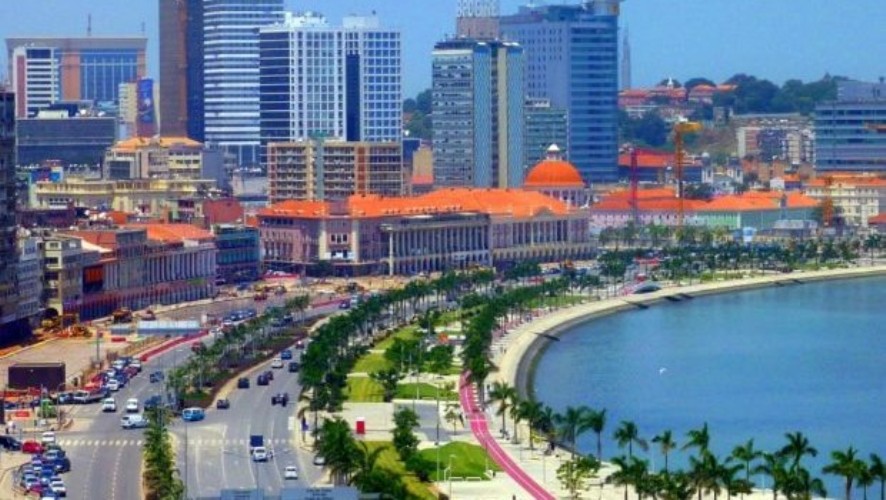 Angola’s capital Luanda is known for being the most expensive city in Africa – and the second most expensive in the world — mainly fueled by a large number of oil industry expats flocking the coastal city for business deals.

An oil boom for the country in the mid-1990s and end of a long civil war in 2002 led to a growth spurt for the Southern Africa nation.

And with this growth came a construction frenzy as old building built by the Portuguese during the colonial era got razed down and replaced with modern skyscrapers and five-star hotels that earned Luanda the name ‘Africa’s Dubai’.

For years, Luanda has been effervescent with new constructions, where Chinese labourers worked night and day to give the city a new look. That was until the oil money started drying up in late 2014.

Most of the skyscrapers that were quickly spouting like mushrooms across the African coastal city are now either empty or half way finished as the country suffers from the painful aftermath of a boom that came crushing down with the fall of oil prices two years ago, AFP reported.

With no sign of an imminent oil recovery, developers are being forced to confront a new reality. Gone is the boom that made it viable to invest in expensive skyscrapers in Angola.

Oil has for years been instrumental in the reconstruction of Angola’s peacetime economy and the effect of its price slump has been devastating to the African nation; forcing parliament to vote to cut the budget by a quarter last year.

Meanwhile, inflation has jumped to 14 percent and the country’s currency, the kwanza, has sunk to record lows, leaving the government helpless, Global Risk Insights reported.

Economic growth in the Southern Africa country has fallen to as low as two percent, from a peak of 20 percent on 2007, as imports to the country continue to balloon.

It is estimated that Angola, which abandoned agriculture after discovering oil during a civil war, imports almost all of the good its citizens consume on a daily basis.

“We are a country that imports 95 per cent of its goods and we have lost the power to bring these goods in due to the decrease in oil value. Inflation has already surpassed 30 per cent — cooking oil, rice and chicken are all essentials, but many families don’t have the ability to buy them,” a professional engineer and representative of the Industrial Association of Angola Jorge Pinto told AFP.

The composition of the new found wealth was also not equally distributed during the boom years leaving many Angolans poor and vulnerable.

Amidst the skyscrapers and the expensive hotels, many of Luanda’s residents live in tin shacks in congested slums, while new Chinese funded residential flats on the outskirts of the city remain empty akin ghost towns.

A deadly yellow fever outbreak last year spread through the city’s slums like wildfire killing hundreds, while on the streets rubbish piled up as the municipal struggled to keep them clean after budget slashes.